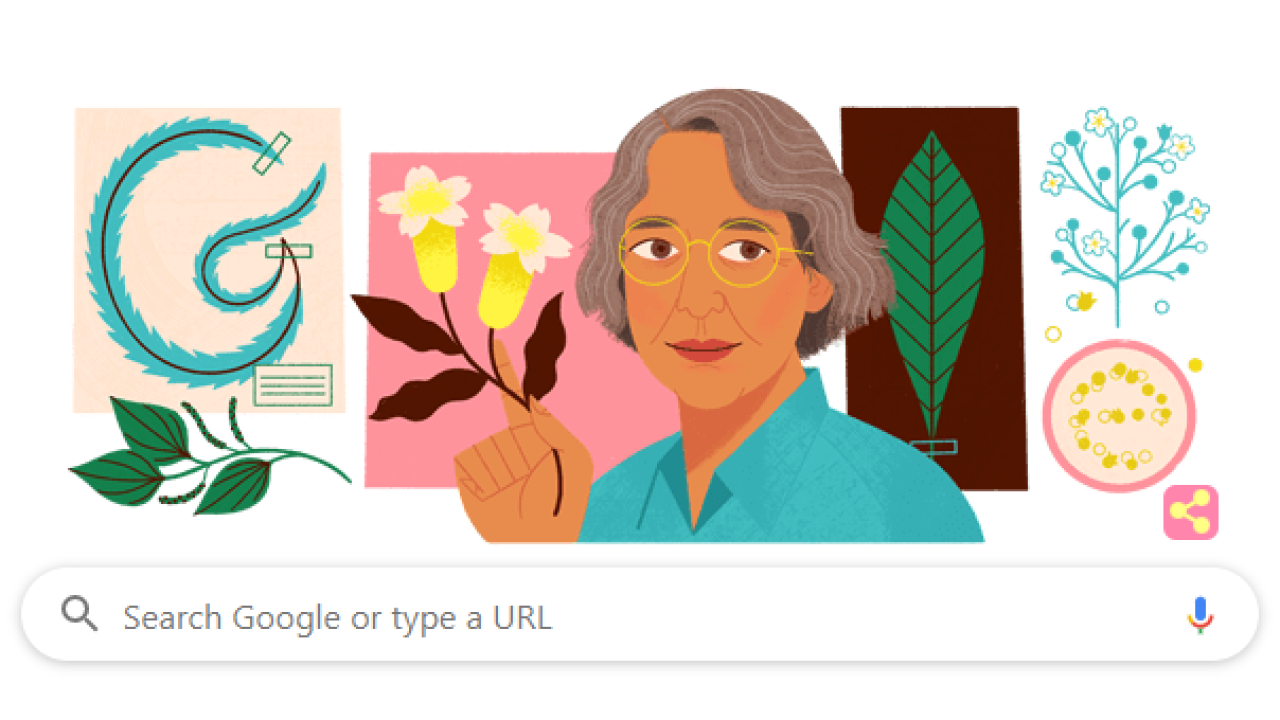 CNN — Google kicked off the first day of Hispanic Heritage Month with a Doodle tribute to Mexican-American botanist and explorer Ynés Mexía.

In the Doodle, created by Los Angeles-based artist Loris Lora, Mexía is depicted with short gray hair and glasses and is surrounded by a collection of plant specimens that loosely spell out the word "Google."

"I wasn't aware of who Ynés Mexía was, but when I started the project and researched her life, I was amazed at her accomplishments," Lora said in a Q&A with Google. "She found her passion at 55 years and did so much in her short career."

Mexía was born in 1870 in Washington, D.C., to Mexican diplomat Enrique Mexía and Sarah Wilmer. She spent most of her childhood in Texas, and moved around a lot before she settled in San Francisco. After a short stint as a social worker, Mexía found her true calling when she was in her fifties.

She joined the local Sierra Club and in 1921, enrolled in botany classes at the University of California at Berkeley. Four years later, she started her career as a botanist and explorer.

According to Google, Mexía embarked on her first plant-collection trip on this day in 1925. She was 55 at the time, and was traveling to Sinaloa, Mexico, with a group from Stanford University in search of rare plant species.

Though she experienced some setbacks on that first trip, including falling off a cliff and fracturing her hand and some ribs, Mexía brought home around 500 specimens, Google said. The site notes that about 50 of those specimens had been previously undiscovered.

After that first expedition, Mexía continued making trips to Mexico to discover new species, Google said. Some of them were even named after her, including a flowering plant from the daisy family named Zexmenia mexiae, now called Lasianthaea macrocephala.

Mexía eventually became one of the most celebrated botanists in history. Over the course of her career, she embarked on expeditions to Alaska, Mexico, Brazil, Peru, Ecuador, Chile and Argentina. She collected about 150,000 plant specimens, and some estimate that about 500 of those were previously undiscovered. The Sierra Club Bulletin credits her with discovering two genera, or groups of species.

Scientists continue to study Mexía's samples to this day, and the plant specimens she collected are housed in museums and institutions around the world.