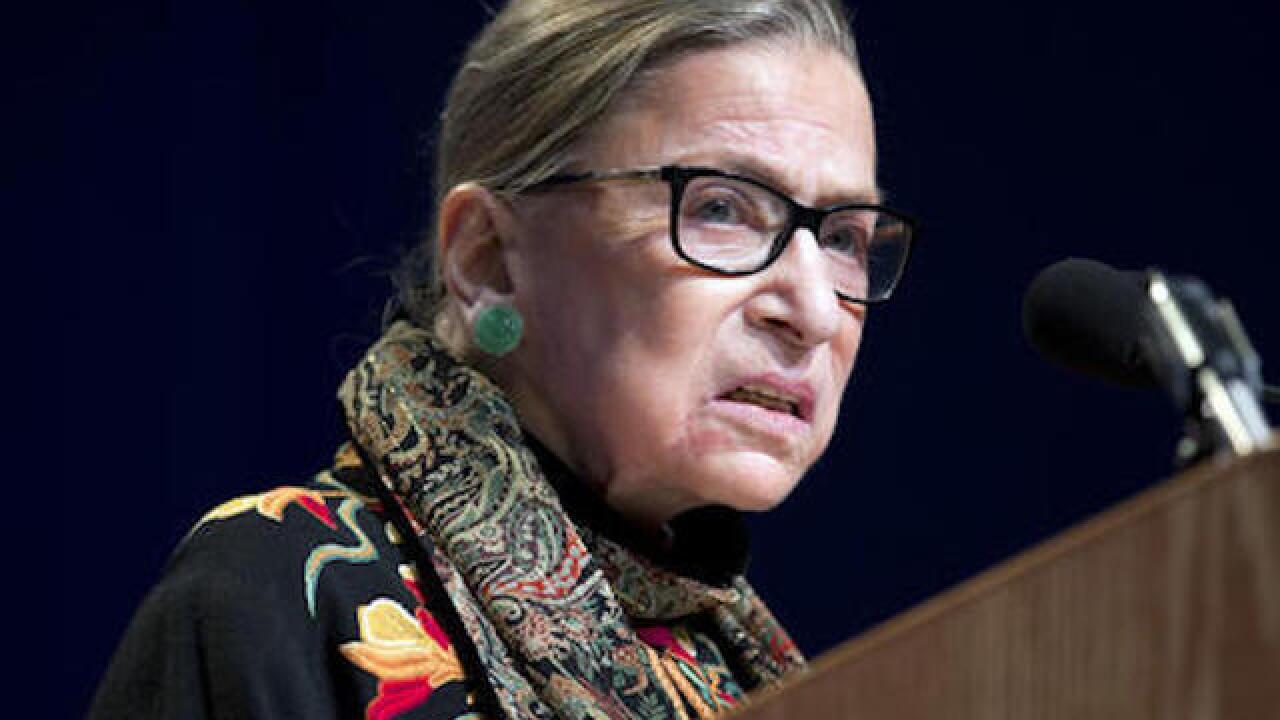 Copyright Associated Press
Michael Dwyer
<p>FILE - In this Jan. 28, 2016 file photo, Supreme Court Justice Ruth Bader Ginsburg speaks at Brandeis University in Waltham, Mass. Ginsburg is riding the wave of her cultural rockstardom, releasing a compilation of her writings that range from a high school editorial to summaries of some of her spiciest dissenting opinions. (AP Photo/Michael Dwyer, File)</p>

WASHINGTON (AP) — Supreme Court Justice Ruth Bader Ginsburg has called the protests of football players who decline to stand for the national anthem "dumb and disrespectful."

In a wide-ranging interview posted Monday on Yahoo , Ginsburg said she had the same opinion about flag burning.

"I think it's a terrible thing to do, but I wouldn't lock a person up for doing it," she said. "I would point out how ridiculous it seems to me to do such an act."

San Francisco 49ers quarterback Colin Kaepernick and other athletes have received national attention for refusing to stand for the anthem this year. Kaepernick cited racial injustice and police brutality among the reasons.

The 83-year-old justice made news this summer after criticizing GOP presidential candidate Donald Trump. Critics called her comments inappropriate for a sitting justice, and she later said the comments were "ill advised."

In her latest interview, Ginsburg declined to weigh in when asked whether Trump's proposal to ban Muslims from entering the country is constitutional. She said the issue could end up before the high court.