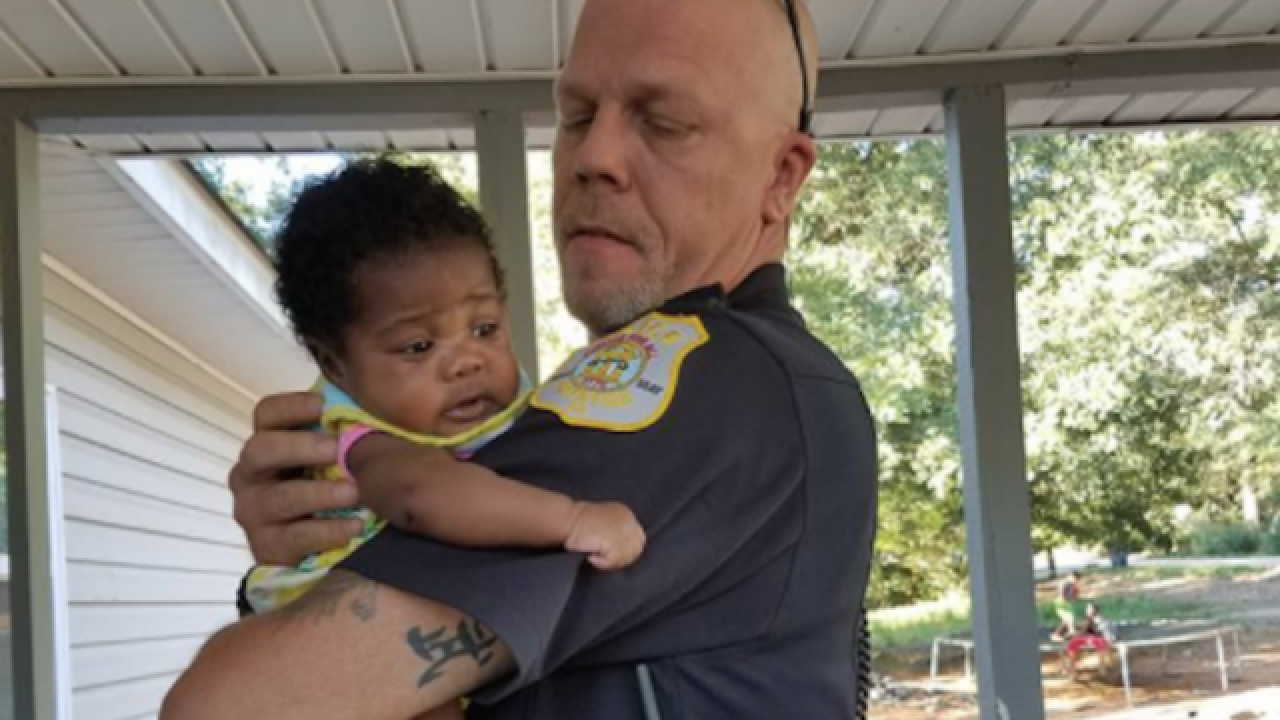 <p>A Georgia police officer has agreed to become the godfather of a baby girl who he saved from choking.</p>

A week after saving a young girl from choking, a Georgia police officer has taken the extraordinary step of agreeing to become the girl’s godfather.

According to a Facebook post by Lt. Kenneth Knox of the Meriwether County Sheriff's Office, Knox was called to a home with reports of a choking child. When he arrived at the house, two-month-old Ma’Yavi Parham was “turning blue and fading fast” as her parents attempted to perform CPR on the child.

Knox was able to perform reverse CPR and suck a piece of cereal out of her throat, saving her life.

“She smiled at me for a second and then starting crying which was music to my ears,” Knox wrote in his Facebook post. “Out of my 25 years being a cop this is my greatest and most profound accomplishment and it made every second of those 25 years worth it all.”

But Knox’s relationship with Ma’Yavi had just begun. A week later, Knox posted on Facebook that Ma’Yavi’s parents had asked if he would be her godfather — a task he isn’t taking lightly.

“It is my honor, privilege and pleasure. Ma'Yavi Parham,,,,(sic) my precious angel.....I swear I will forever be your guardian and love you with all my heart,” he wrote on Facebook. “I will be there for your first day, when you graduate school AND COLLEGE, and even what ever you want my little angel.”