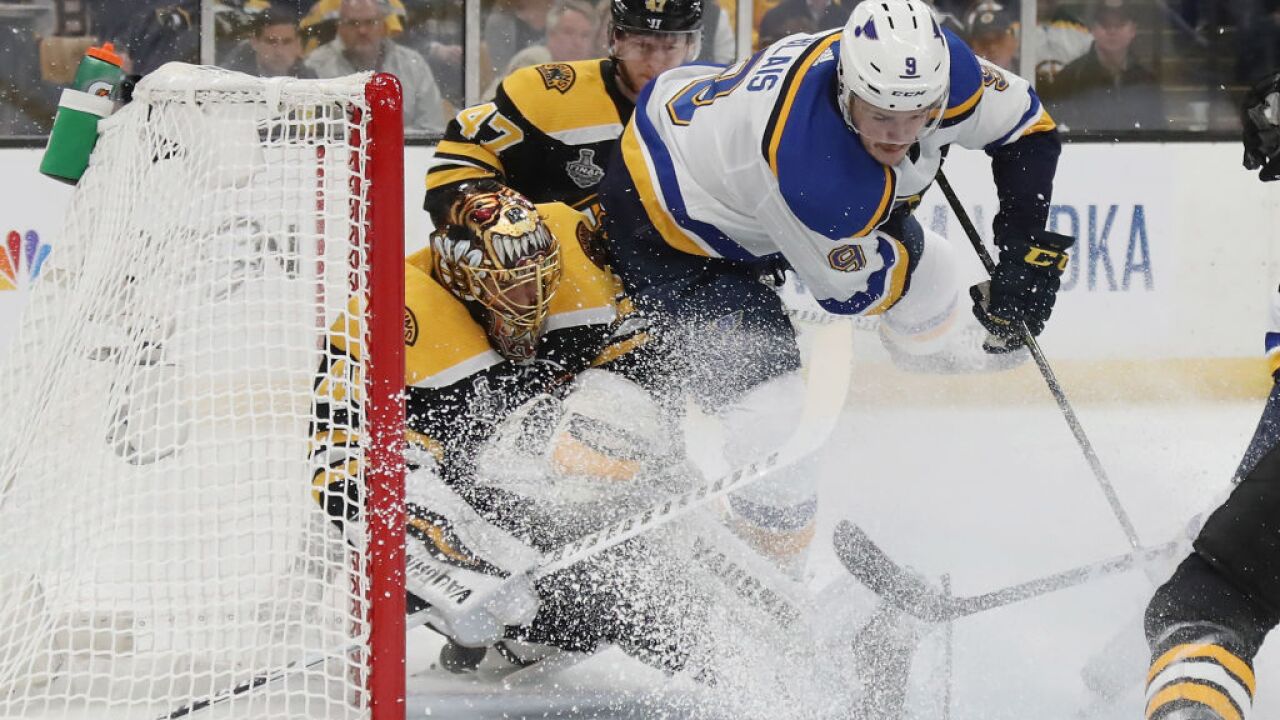 In January, the St. Louis Blues languished as the worst team in the NHL's Western Conference. On Wednesday, the Blues, led by their goaltender, defeated the Boston Bruins 4-1.

St. Louis' Ryan O'Reilly scored in the 17th minute of the first period on a redirection off of a Jay Bouwmeester shot as O'Reilly's tip went through the five hole of Boston goalie Tuukka Rask.

The Blues never looked back.

St. Louis' goalie Jordan Binnington was impressive, stopping all but one of the 32 shots he faced. Binnington faced a flurry of shots early, He stopped 12 shots in the first period.

With the Blues leading 1-0, they tacked on another goal seconds before the first intermission with a backhander from Alex Pietrangelo. Pietrangelo's goal held up as the game winner.

In the second period, Brayden Schenn scored to give the Blues a three-goal cushion. St. Louis tacked on an insurance goal in the final five minutes with a goal from Zach Sanford.

The Bruins scored their only goal of the game with just 2:10 left. The goal came a little bit too late to matter other than to break up Binnington's shutout.

O'Reilly was awarded the Conn Smythe Trophy as MVP of the playoffs.