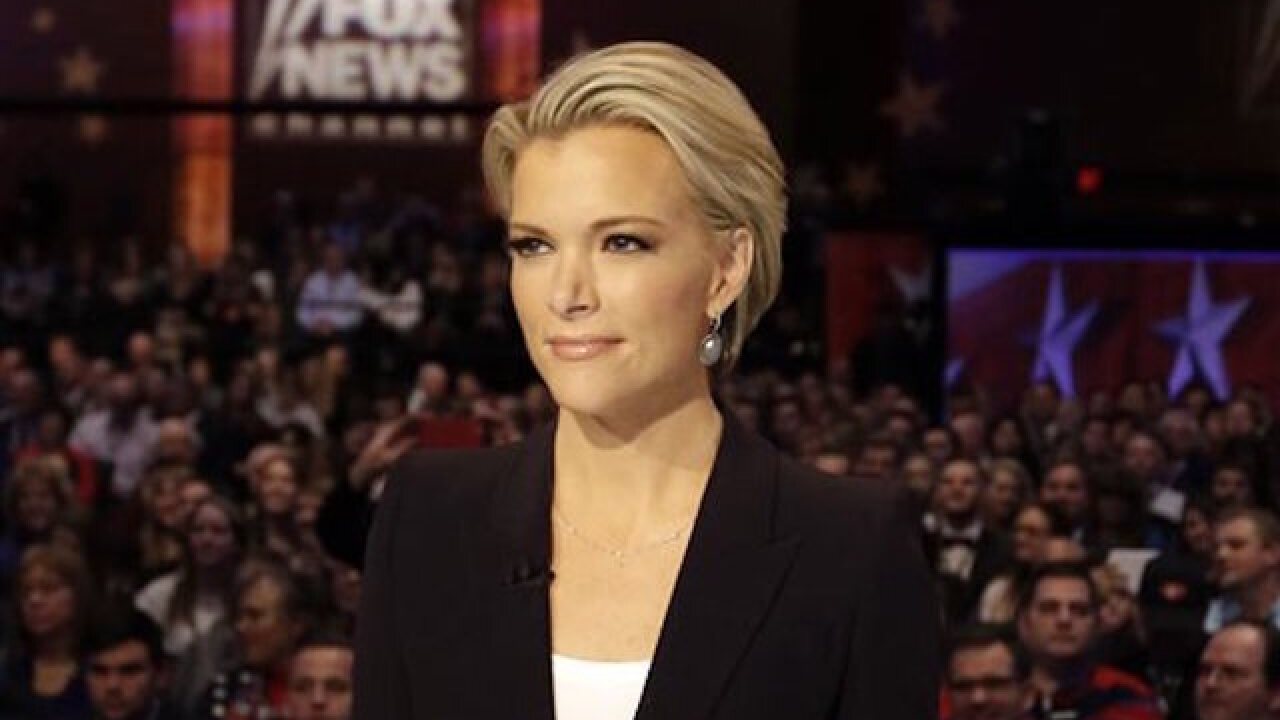 Copyright 2018 Scripps Media, Inc. All rights reserved. This material may not be published, broadcast, rewritten, or redistributed.
Chris Carlson
In this Jan. 28, 2016 photo, Moderator Megyn Kelly waits for the start of the Republican presidential primary debate in Des Moines, Iowa. Kelly, in an interview with Charlie Rose to air on CBS "Sunday Morning" on Sunday, April 3, said she wished colleague Bill O'Reilly had done more to defend her when he interviewed Trump before a January debate that the Republican skipped because he wanted Kelly removed as a moderator. She also criticized CNN for airing portions of a Trump rally on the night of that same debate. (AP Photo/Chris Carlson)

NEW YORK (AP) — Fox News Channel's Megyn Kelly is taking notes on who she feels has been supportive in her feud with Donald Trump, and colleague Bill O'Reilly and CNN are both on her list.

Kelly, in an interview with Charlie Rose to air on CBS' "Sunday Morning" this weekend, said she wished O'Reilly had done more to defend her when he interviewed Trump before a January debate that the Republican skipped because he wanted Kelly removed as a moderator. She also wishes CNN hadn't aired portions of a Trump rally on the night of that debate.

Her remarks laid bare tension between Fox's two top personalities. O'Reilly's prime-time show has been the most-watched on cable news for many years, but has been challenged recently in the ratings by Kelly, whose show airs directly after his.

The Republican presidential candidate has been badmouthing Kelly, mostly via Twitter, ever since he was taken aback by her tough question in an August debate on his comments about women.

O'Reilly asked Trump to reconsider missing the Fox debate in Iowa, but it was noted by many that he didn't rush to defend Kelly when Trump attacked her during the interview.

Kelly called it a "dark moment" and said she would have done more to defend O'Reilly if the positions had been switched.

"I think Bill did the best he's capable of doing in those circumstances," Kelly said, which Rose said was "damning with faint praise."

During the Jan. 28 debate, Trump held a fundraiser for veterans nearby in Iowa. CNN, which has seen its ratings soar with nearly full-time campaign coverage, aired some of that rally and Kelly said the network shouldn't have.

"There should have been a moment of solidarity among journalists that night to say, 'We will not allow ourselves to be bullied by a presidential front runner, even one as powerful and as ahead in the polls at that point as Trump was,'" Kelly said. "'This is about journalism and the First Amendment, and we will put the debate moderator out on the stage that we think is appropriate.' And I think it's a slippery slope when we don't stand shoulder to shoulder in those moments."

Kelly said she understood the difficult position that the feud with Trump put her bosses at Fox News. As angry as Fox might be that one of its personalities was being attacked, they could not ban Trump from the network.

"What he really wants is oxygen, you know, he wants television time," she said. "So the only thing that is really meaningful to him, the only consequence that would actually have an effect on him, we cannot enact because it would be insane. You cannot ban the presidential front runner from a channel."

Despite the bad blood, Kelly said she'd have Trump on her show anytime. The main question she'd want to ask is "why?"

She conceded the fight with Trump has done something for her.

"One of our baby sitters is from Peru," she said. "And she came home one day and told us that she saw my name in the Peruvian papers. I don't think that ever happened before this particular dustup. So I'm gonna have to give him that point. I certainly think it's gotten me much more exposure."