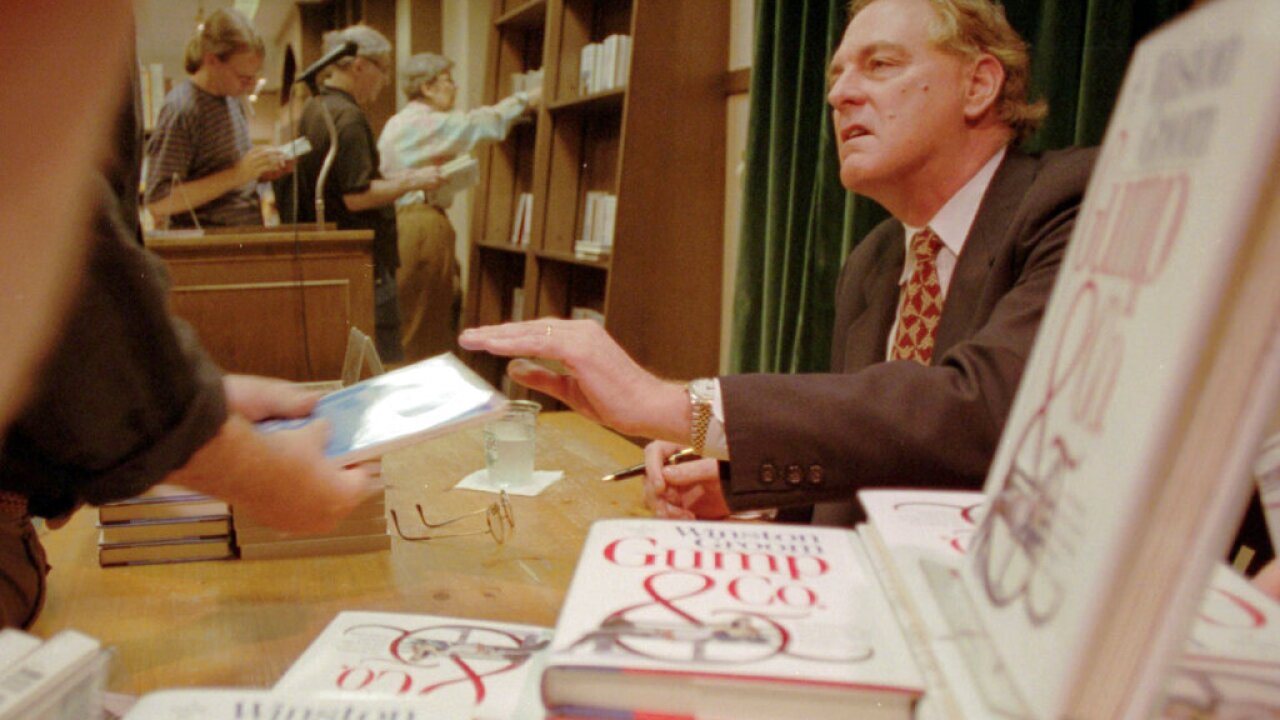 AP1995
ANDERS KRUSBERG/AP
FILE - In this Aug. 21, 1995, file photo, Winston Groom, author of "Forrest Gump," the book on which the film was based, signs copies of "Gump & Co.," the sequel to "Forrest Gump", at a New York City bookstore. Groom, the author of the novel "Forrest Gump" that was made into a six-Oscar winning 1994 movie that became a soaring pop culture hit, has died, an Alabama official close to the writer said Thursday, Sept. 17, 2020. He was 77. (AP Photo/Anders Krusberg, File)

Winston Groom, the author of the novel “Forrest Gump” that was made into a six-Oscar winning 1994 movie that became a pop cultural phenomenon, has died.

His death was confirmed Thursday night by Alabama Gov. Kay Ivey and the mayor of Fairhope, Alabama, where Groom lived.

Mayor Karin Wilson of Fairhope wrote on Facebook that she was saddened by the death of Groom, saying an “iconic author" had been lost.

Forrest Gump″ became winner of best picture Oscar and five other Academy Awards and included such stars as Tom Hanks. A local funeral home told The Associated Press that funeral arrangements were pending.

"Saddened to learn that Alabama has lost one of our most gifted writers. While he will be remembered for creating Forrest Gump, Winston Groom was a talented journalist & noted author of American history. Our hearts & prayers are extended to his family," Ivey said.