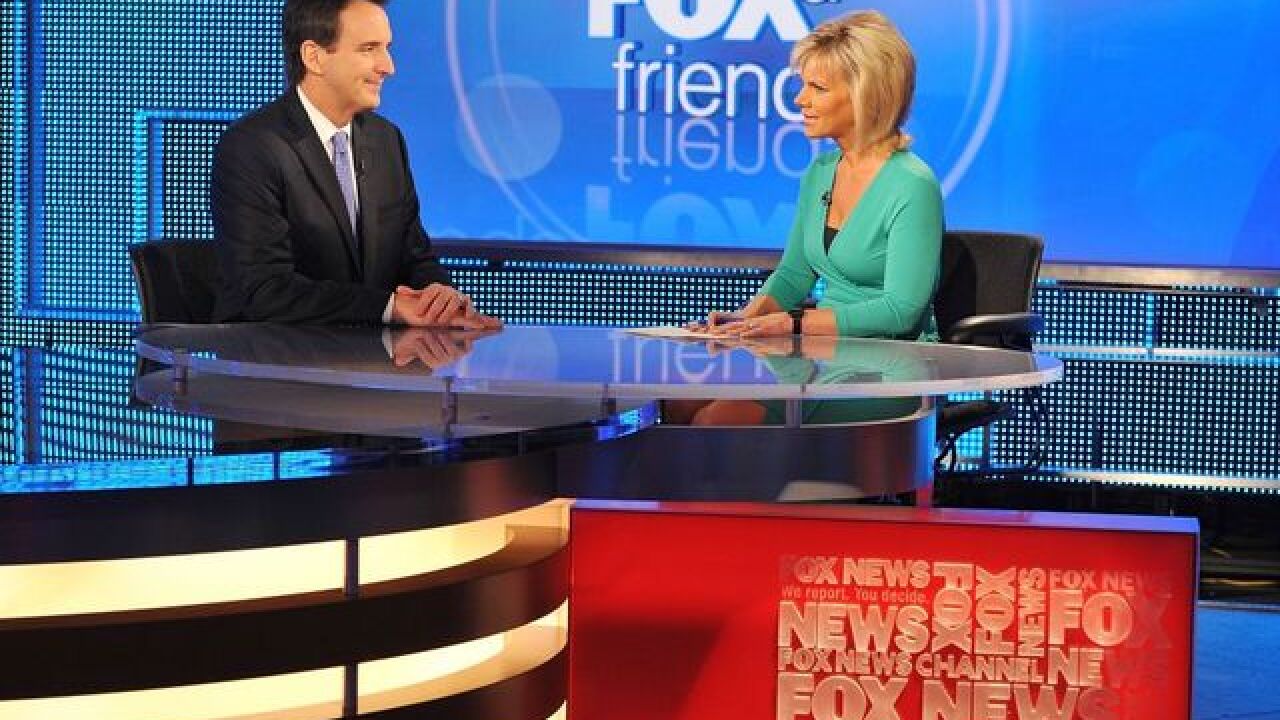 Carlson anchored WCPO-TV broadcasts before moving on to CBS' "The Early Show" in 2002.

Ailes, in a statement, denied the allegations and accused Carlson of filing the lawsuit in retaliation for her contract not being renewed.

Carlson, the former host of a daytime show at Fox who had worked at the network for 11 years, was abruptly let go on June 23. Nine months earlier, during a meeting with Ailes she called to address her feelings that she had been discriminated against, she alleged he told her that "you and I should have had a sexual relationship a long time ago."

Carlson is publicly taking on one of the most powerful men in the media business. Ailes built Fox News Channel from scratch in the 1990s, turning it into the top-rated television news network with a profound influence on politics. Fox is highly profitable for parent company 21st Century Fox.

The 50-year-old Carlson, who was Miss America in 1989, alleged in her lawsuit that Ailes, who is 76, ogled her, repeatedly commented about her legs, urged her to wear clothes that enhanced her figure and told her she was sexy but "too much hard work."

Carlson said she was fired as a host of the morning show "Fox & Friends" in 2013, and her pay reduced with the transfer to a daytime slot, because she had complained about sexual harassment.

She said that one of her "Fox & Friends" co-hosts, Steve Doocy, "had created a hostile work environment by regularly treating her in a sexist and condescending way." She said that when Ailes heard of her complaints, he called her a "man hater" who needed to learn to "get along with the boys."

21st Century Fox said that while it has full confidence in Ailes and Doocy, it has begun an internal investigation into the case.

Ailes said that Carlson began to "conveniently" pursue a lawsuit when she became aware that Fox was not renewing her contract, citing poor ratings. Ratings for her program, "The Real Story," were lower than for any other show on the network in June, the Nielsen company said.

"Ironically, Fox News provided her with more on-air opportunities over her 11-year tenure than any other employer in the industry, for which she thanked me in her recent book," Ailes said. "This defamatory lawsuit is not only offensive, it is wholly without merit and will be defended vigorously."

Carlson said that Ailes punished her by cutting back on political interviews that she conducted and ending a regular appearance she made on Bill O'Reilly's prime-time program, generally Fox's highest-rated show.

"I have strived to empower women and girls throughout my entire career," Carlson said in a statement. "Although this was a difficult step to take, I had to stand up for myself and speak out for all women and the next generation of women in the workplace."

In the lawsuit, Carlson alleges that Ailes did not provide her with anywhere near the network support and promotion provided to other Fox hosts "who did not complain about harassment and rebuff his sexual advances." Carlson's lawyer, Nancy Erika Smith, said she'd heard from other women at Fox who experienced similar behavior, but she would not identify them.

Smith said she had "very strong evidence" against Ailes that she looked forward to presenting in court.

"I'm sure he feels untouchable," she said. "I'm sure he feels that he's gotten away with it all these years and he will continue to. What he's going to find is that in America at least, and maybe around the world, the tide is turning on this kind of treatment of women."

Carlson wrote a story for the Huffington Post in June 2015, where she said that while she had always considered herself strong, she had stayed silent on the issue of sexual harassment. She detailed three episodes where she had been harassed: by a television executive and public relations executive when she was trying to break into the business, and by a news photographer on her first day of work as a reporter in Virginia. The piece did not discuss experiences at Fox.

Two days after the June 12 mass shooting at an Orlando, Florida, nightclub, Carlson told viewers that she supported reinstating a ban on assault weapons. The next day, she revealed Fox viewers had profanely attacked her, and she read some of the cleaner responses on the air.

The lawsuit asks for an unspecified amount of payment for damages. The lawsuit was filed in New Jersey's Bergen County, where Ailes owns a home.