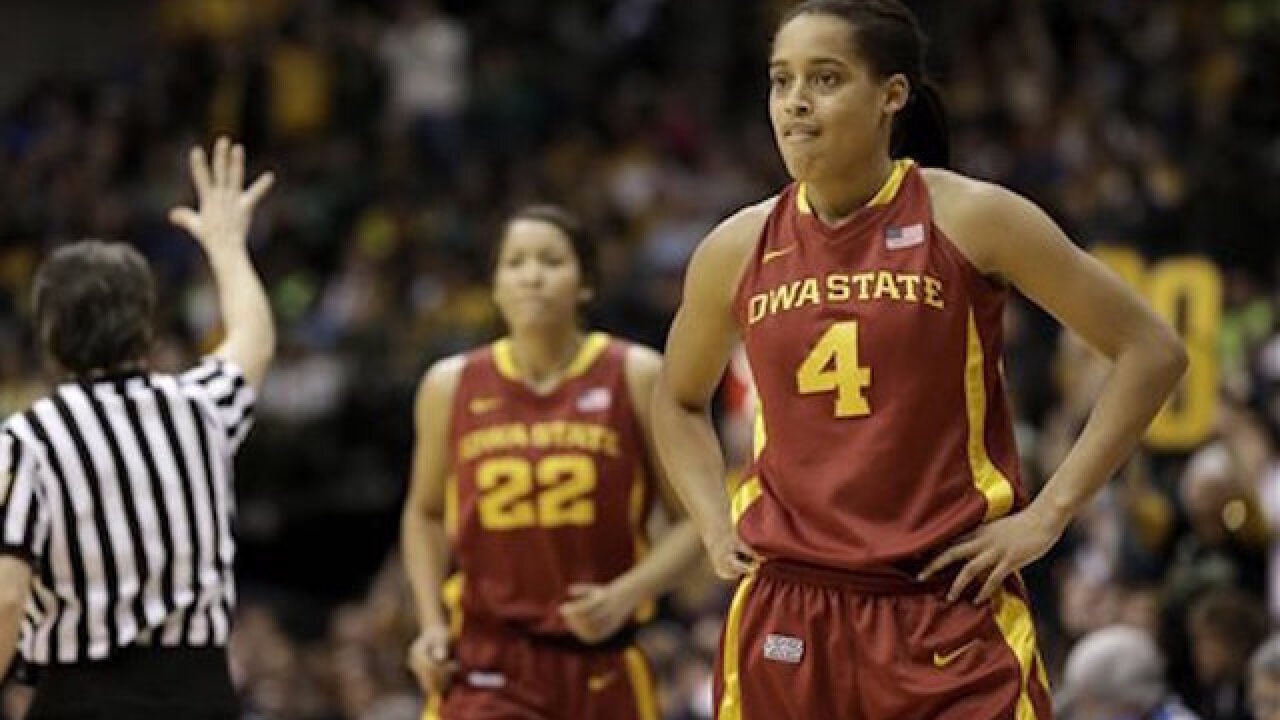 DES MOINES, Iowa (AP) — Former Iowa State basketball star Nikki Moody has sued coach Bill Fennelly, the university and the state for racial discrimination and retaliation, saying she was repeatedly called a "thug" and labeled a selfish player despite being the program's career assists leader.

Fennelly, who has been Iowa State's coach since 1995, constantly demeaned, berated, harassed and discriminated against Moody during her time with the Cyclones, according to the lawsuit filed in state district court that seeks unspecified damages. Moody, who is black, said the discrimination she suffered led to a "hostile education environment through racial harassment."

Moody, who graduated in 2015 as a four-year starter, said the abuse caused her severe emotional distress and that her complaints to assistant coaches and a senior athletics administrator brought not response.

Fennelly allegedly told Moody she had "been trying to ruin my life, but I will get the last laugh. I can't wait to tell coaches that call me all the negative things I know about you."

According to Moody, Fennelly also repeatedly demeaned Chassidy Cole, at the time the only black player on the team who was not a freshman, saying she "will end up in prison, just like her mother" and was also a thug. Cole declined comment Monday, telling The Associated Press she "didn't want to be involved."

Moody led the Cyclones with 14.5 points and 6.8 assists per game in 2014-15. She was drafted 33rd overall by the San Antonio Stars in the 2015 WNBA draft in April, just weeks before filing a complaint against Fennelly with the Iowa State University Office of Equal Opportunity, according to her lawsuit. She was cut May 28 and Moody claims in her suit that Fennelly and Stars coach Dan Hughes are friends.

Iowa State struggled without Moody last season, going 13-17 and missing the NCAA Tournament for the first time since 2006. Its struggles came largely after starting center Bryanna Fernstrom abruptly decided to transfer to Minnesota in January. Fernstrom tweeted Monday that "what happens in the dark, always comes to light!" A Gophers spokeswoman confirmed to the AP that it was Fernstrom's account.

Former Iowa State star Lyndsey Fennelly, who is married to Fennelly's son, a Cyclones assistant coach, tweeted: "Accountability, Responsibility, Respect, Character. Taught me that and so much more!" in reference to her former coach.

Iowa State is also being sued by another former basketball player, Bubu Palo, who claimed its response to rape allegations ruined his chances of playing professional basketball. Palo accused university officials of wrongly punishing him even after a criminal case against Palo was dropped.