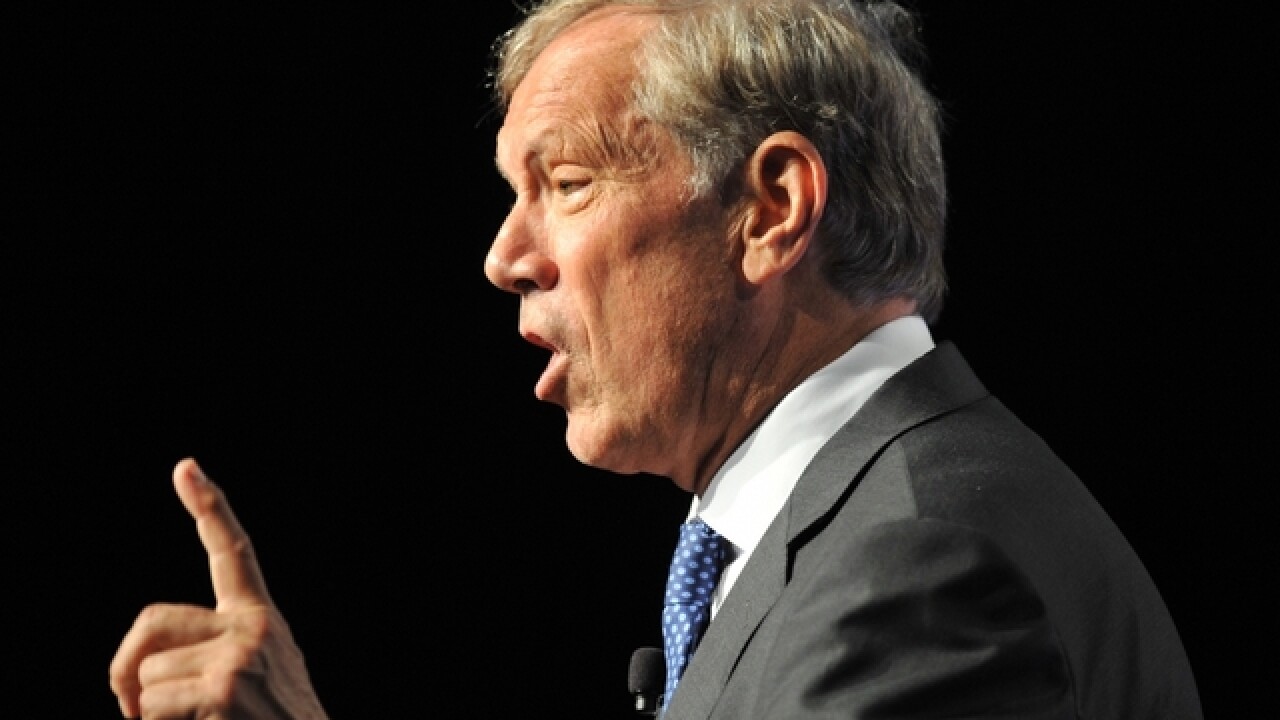 Pataki says Kasich "has a track record of bringing people together." He warns that Republican front-runner Donald Trump would "drive the Republican Party off the cliff."