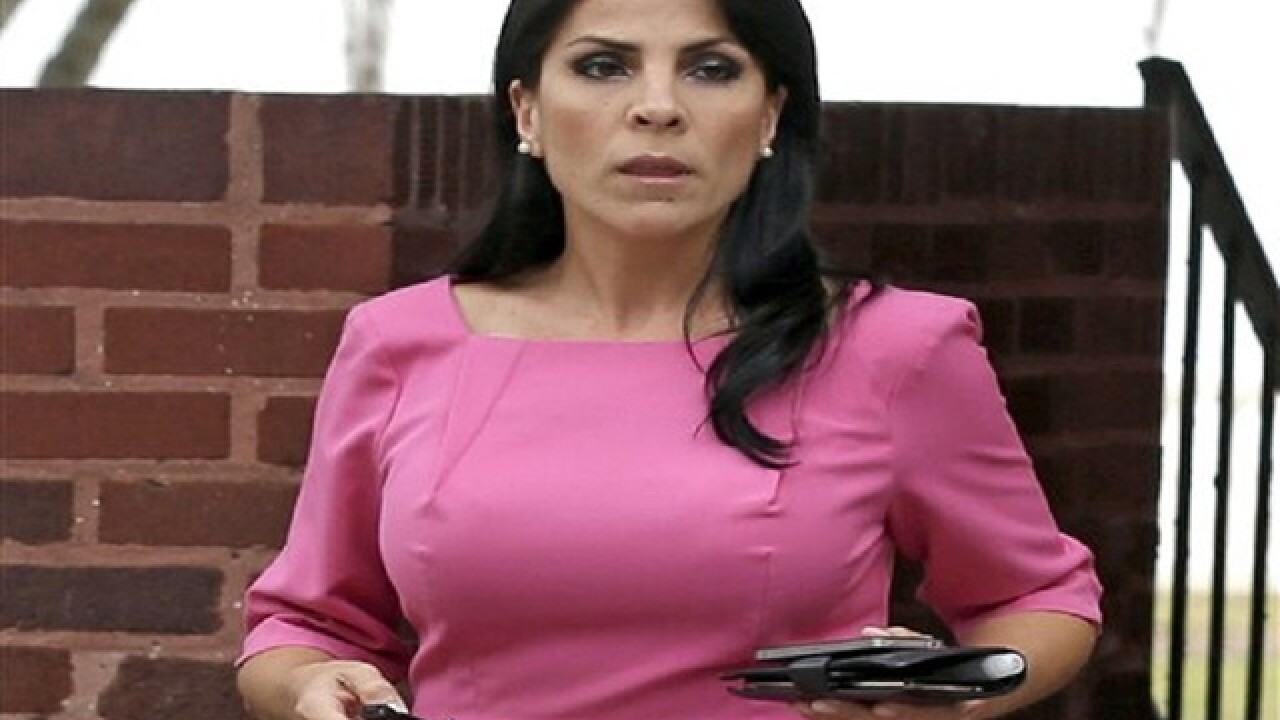 Copyright 2018 Scripps Media, Inc. All rights reserved. This material may not be published, broadcast, rewritten, or redistributed.
Chris O'Meara
FILE - In this Nov. 13, 2012, file photo, Jill Kelley leaves her home in Tampa, Fla. Kelley's federal lawsuit over an investigation that led to the resignation of former CIA director David Petraeus is collapsing after her lawyers asked a judge March 18 to let them withdraw from the case. The lawyers cited irreconcilable differences, just weeks after the Justice Department declined a secret $4.35 million settlement proposal. (AP Photo/Chris O'Meara, File)

WASHINGTON (AP) — A Florida woman is abandoning her lawsuit against the federal government over leaks in the investigation that led to the resignation of former CIA director David Petraeus.
The move comes one week after lawyers for Jill Kelley had asked to withdraw from the case, citing irreconcilable differences.
A one-page filing in U.S. District Court on Thursday night says both parties have agreed to a dismissal of the case, though it does not elaborate. After Kelley's attorneys revealed their plans to leave the case, U.S. District Judge Amy Berman Jackson gave Kelley until Thursday to hire new lawyers, object to hers quitting or advise the judge that she planned to represent herself going forward.
Kelley and her husband, Scott, sued the federal government in 2013. They alleged that federal officials violated the U.S. Privacy Act by disclosing information about them during the FBI's investigation of Petraeus, who resigned as CIA director in November 2012.
Jill Kelley had complained to the FBI when an unknown person sent her harassing emails. Her complaint triggered a criminal investigation that led agents to Paula Broadwell, Petraeus' biographer. Broadwell had been having an affair with him.
Kelley's name and some harassing emails were disclosed to reporters amid the disclosures about Petraeus, a former Army general.
The Justice Department last summer offered to settle Kelley's claims, but she declined the deal, according to communications recently obtained by The Associated Press. Her lawyers more recently proposed a $4.35 million settlement but the Justice Department in late February declined to pay that amount and abruptly ended further negotiations, saying it suddenly viewed the case "in a much different way than when we made offers of judgment that your clients did not accept," according to the communications.
Associated Press 2016