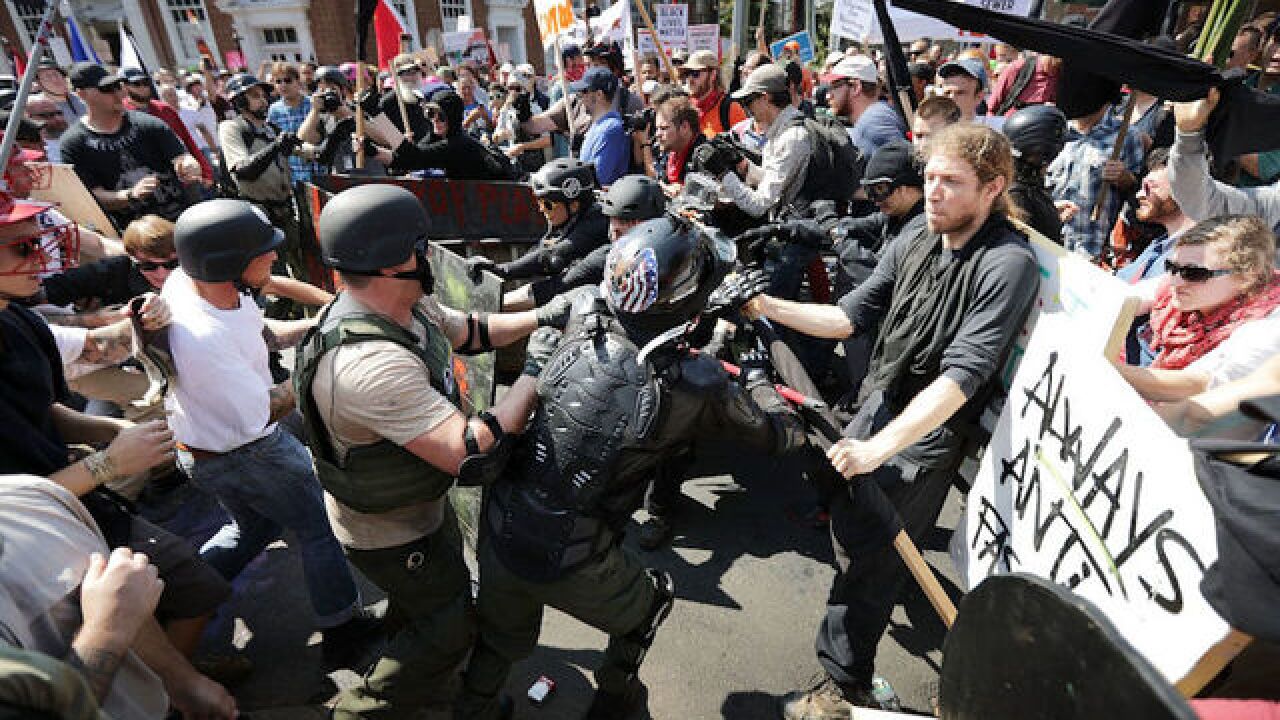 Image copyright 2017 Getty Images. All rights reserved. This material may not be published, broadcast, rewritten, or redistributed.
Chip Somodevilla
<p>White nationalists, neo-Nazis and members of the "alt-right" clash with counter-protesters as they enter Emancipation Park during the "Unite the Right" rally August 12, 2017 in Charlottesville, Virginia. </p>

Four alleged members of a militant white supremacist group have been charged with inciting rioting and assaulting counterprotesters at last year's deadly "Unite the Right" rally in Charlottesville, Virginia, according to court documents.

The men are accused of traveling from California to Charlottesville for the rally "with intent (a) to incite a riot, (b) to organize, promote, encourage, participate in, and carry on in a riot, (c) as having 'participated in violent encounters in Charlottesville,'" the complaint said.

The defendants were identified in the complaint as members and associates of the Rise Above Movement, a militant white supremacist organization based in Southern California.

The violence at the August 2017 event began ahead of a planned rally that the Southern Poverty Law Center described as the "largest hate-gathering of its kind in decades."

Scuffles and fistfights broke out over that weekend before a man drove a silver Dodge Charger into a crowd, killing Heather Heyer, 32, a local paralegal whose father said she was always fighting for others.

An Ohio man accused of driving the car was charged with second-degree murder in Heyer's death.