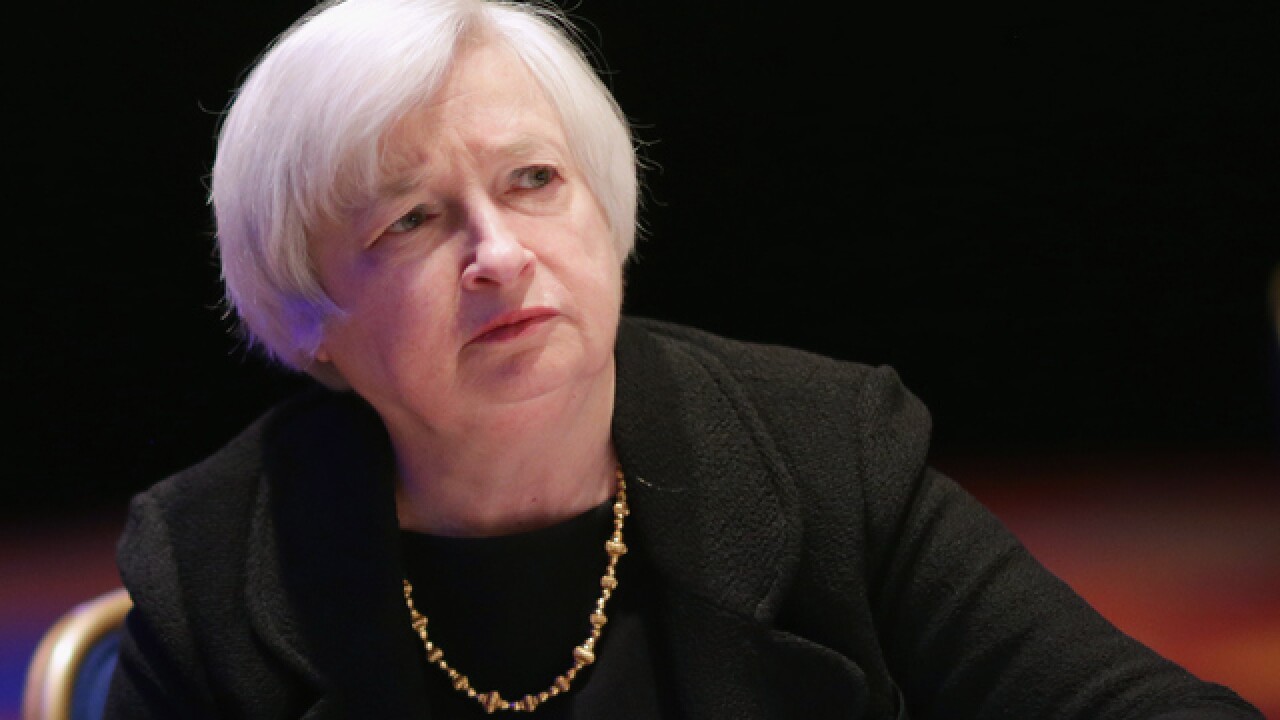 WASHINGTON (AP) — Federal Reserve policymakers were split at their last meeting over how to respond to a slowing global economy, with two officials supporting a rate hike in March even as an opposing group felt that even raising rates in April would be too soon.

Minutes of the Fed's March 15-16 meeting released Wednesday showed that several participants argued for "proceeding cautiously" with future rate hikes because of global risks such as weaker growth in China. This group said that even raising rates in April "would signal a sense of urgency they did not think appropriate."

That view stood in contrast with two officials who said they could support a March rate hike and expressed concerns that waiting too long could force the Fed to move more quickly in the future, risking economic instability.

The sole dissenting vote came from Esther George, president of the Fed's Kansas City regional bank. Loretta Mester, president of the Cleveland Fed bank, said in a speech last week that she decided not to dissent. But it was unclear who the second Fed official might have been who favored a rate hike last month. The minutes do not identify the participants by name in the recounting of the discussion.

At its December meeting, the Fed boosted its benchmark rate a quarter-point, the first increase after seven years of leaving the rate at a record low near zero.

While it left the rate in a range of 0.25 percent to 0.5 percent in March, the Fed did reduce from four to two the number of rate hikes it expects to make this year. The Fed now projects a total increase of a half percentage point this year, down from an expectation of a full percentage point gain that officials had projected at the December meeting.

The minutes said that this reduction in the projected path of rate increases was "broadly shared" among the 17 Fed officials who participate in the discussions.

Many private economists are forecasting two quarter-point moves this year, with the first not coming until June and the second one occurring in December.

While some Fed officials in remarks since the March meeting have signaled that they could be ready to hike rates in April, Yellen in a speech last week sent a clear signal that she will not likely be ready to resume raising rates when the central bank's Federal Open Market Committee next meets on April 26-27.

She said that given the risks to the economic outlook, "I consider it appropriate for the committee to proceed cautiously in adjusting policy." In her speech to the Economic Club of New York, Yellen specifically cited the economic slowdown in China, the world's second biggest economy, and the further drop in oil prices this year.