Fear of terrorism becomes part of life in Europe 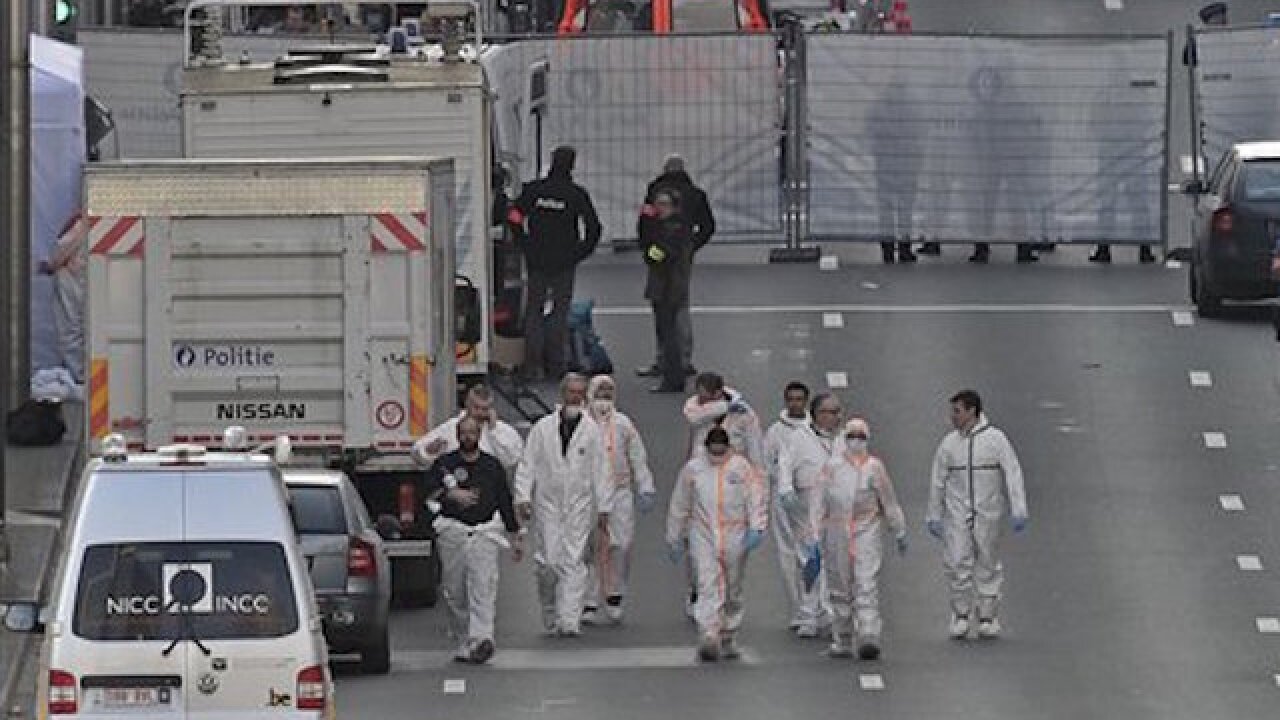 STOCKHOLM (AP) — Paris, Copenhagen, Brussels. In just over a year three European capitals have been ravaged by bombs and gunfire.

After each attack life slowly returns to normal. But it's a new normal for Europe, where terror alerts are always on high and where people in cities so far spared major violence assume it's a matter of when, not if.

"With each atrocity that occurs we change," said Ian Duncan, a Scottish member of the European Parliament in Brussels. "We become less open. We pull down barriers and close doors. But it is a direction we are following now."

The carnage in Brussels on Tuesday came as Europe was still reeling from the November attacks by Islamic militants in Paris that killed 130 people. In the following months France and Belgium have looked like countries at least partially at war, with soldiers in the streets, lockdowns and deadly shootouts with militants.

The rest of Europe has watched with trepidation.

"These were attacks in Belgium. They could just as well be attacks in Britain or France or Germany or elsewhere in Europe," British Prime Minister David Cameron told the BBC on Tuesday. He said Britain's threat level remains "severe," meaning an attack is considered highly likely.

The Islamic State group claimed responsibility for the attacks at the Brussels airport and in the city's subway that left dozens dead and scores more wounded.

French President Francois Hollande said the attacks targeted all of Europe and he warned of a long "war" ahead.

Though people in Western Europe have dealt with the threat of violence from Muslim extremists as well as homegrown nationalist and revolutionary movements for decades, the idea that a "war" is playing out in their streets is hard to imagine. But the recent frequency and scale of attacks have made some Europeans feel that it's just something they have to get used to.

"Five years ago you didn't think about it so much," said Francesca Cervellini, a 20-year-old Italian tourist as she passed by the Swedish Parliament in Stockholm. "It didn't happen so often before. Now it's everyday life. It's normal."

In Moscow, security has been tightened notably at everyday locations in the wake of a series of attacks in the past 15 years. There are metal detectors at the entrances to all subway stations, all passenger rail stations do luggage scans, most indoor shopping centers have metal detectors and glowering guards. Airports do luggage scans at the entrance.

In Western Europe people are more reluctant to trade civil liberties and an open society for more security. But after each attack that equation changes, at least temporarily, said Catherine Muller, of the Institute of Development Studies in Brighton, England.

"Terrorism is one of the risks people normally overestimate because it is very scary and has a strong emotional effect," said Muller.

While those fears are perfectly understandable, she said, it's important to remember that "no matter what policies or laws are in place, there's not going to be 100 percent security."

In Germany the fear of terrorism is less acute than in France or Belgium, but the risk of such attacks is something far-right and nationalist groups focus on a lot, especially in connection with the influx of migrants from the Middle East.

There haven't been any attacks by Islamic extremists in Germany since Arid Uka shot dead two American servicemen at Frankfurt airport in 2011. However there have been several attempted attacks that failed or were foiled.

German mainstream politicians have also been at pains to point out that Germany is a target for Islamic extremists and it's probably a matter of when, not if, such an attack happens.

Even in small countries on Europe's periphery the same fears are palpable.

Denmark witnessed an attack in February last year, when a gunman, apparently inspired by the Charlie Hebdo shooting massacre in Paris a few weeks earlier, opened fire against a free-speech seminar and outside a synagogue.

Sweden hasn't seen an attack since a suicide bomber blew himself up in Stockholm in December 2010, but failed to kill anyone else. But reports of hundreds of extremists from Sweden joining Islamic State fighters in Syria and last year's unprecedented influx of migrants from the Middle East and Africa have sparked concerns that an attack will happen sooner or later.

"It could happen tomorrow or in a year or in five years," said Dani Amouri, a 23-year-old Stockholm resident who left Lebanon five years ago. "In Sweden, Denmark, Germany, everywhere. There is no peace in the world anymore. Not even in Europe."

He said the violence made him think about what, if anything, one can do to be more vigilant when moving in public places without overreacting.

"It's not like a film where you can see the villain approaching," Duncan said. "Is it someone carrying a backpack? Is it someone who doesn't look like me? I can't tell you what I should try to avoid."