29 hurt in explosion in Manhattan 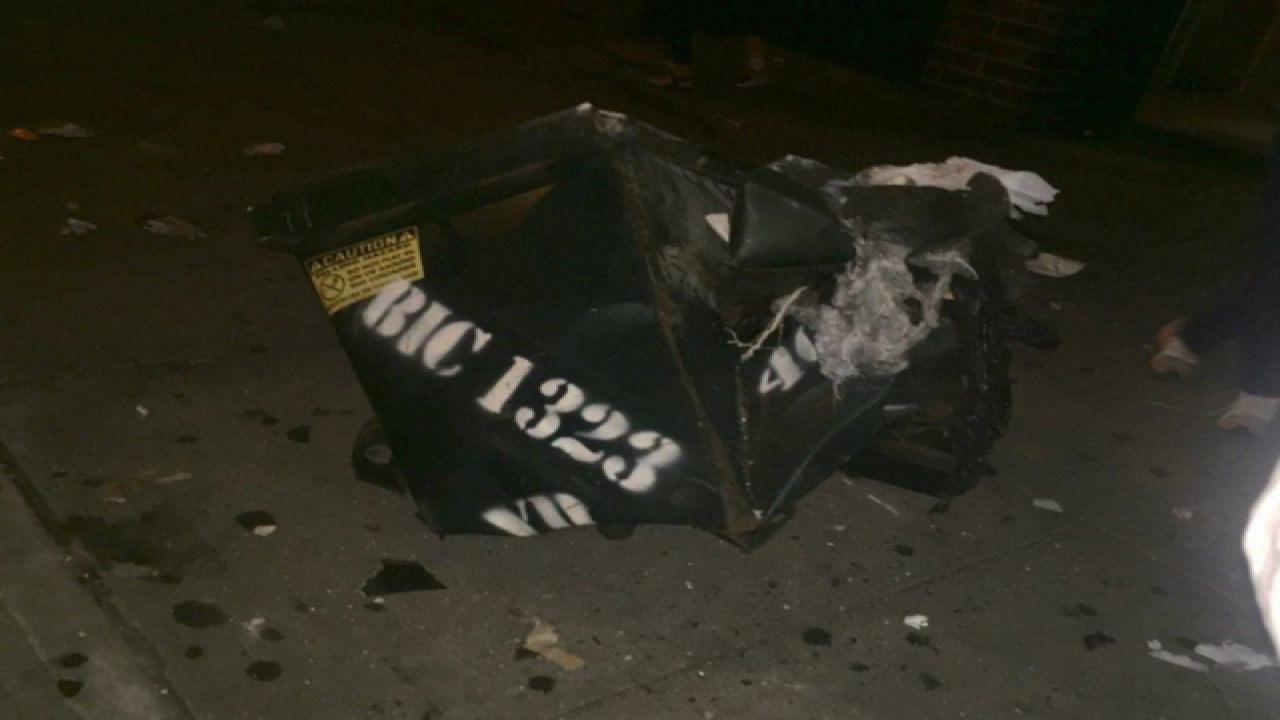 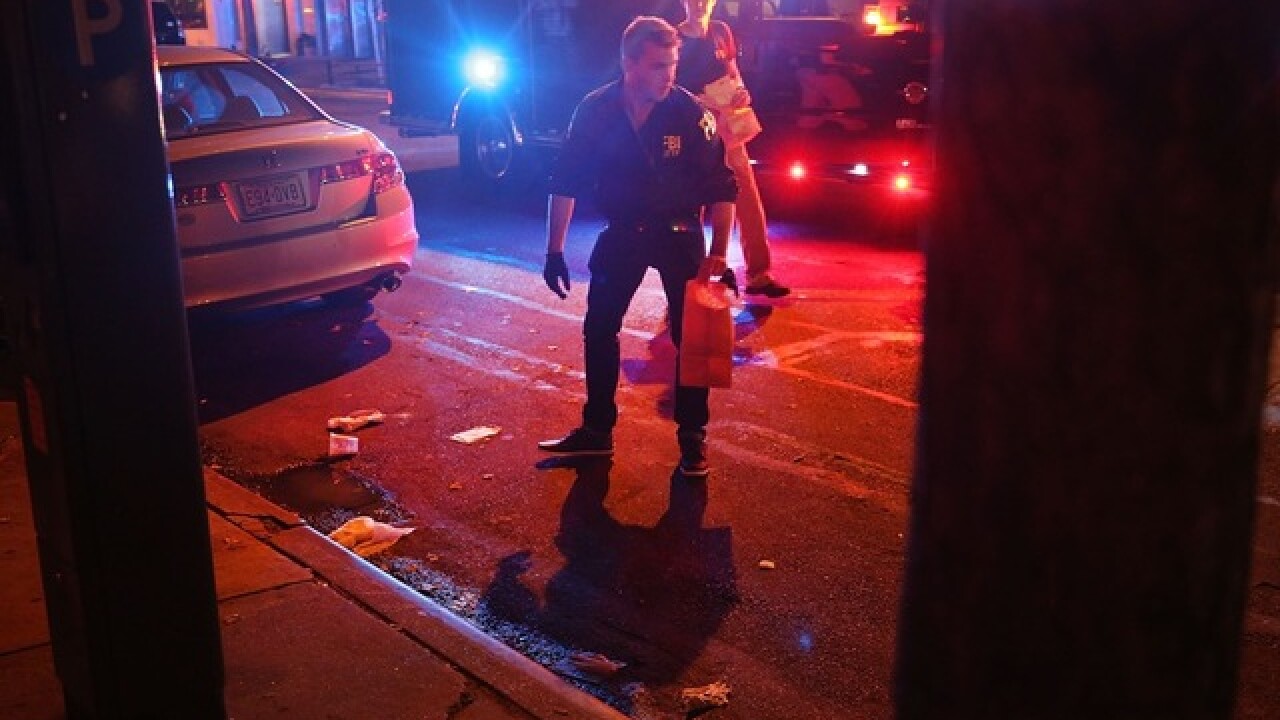 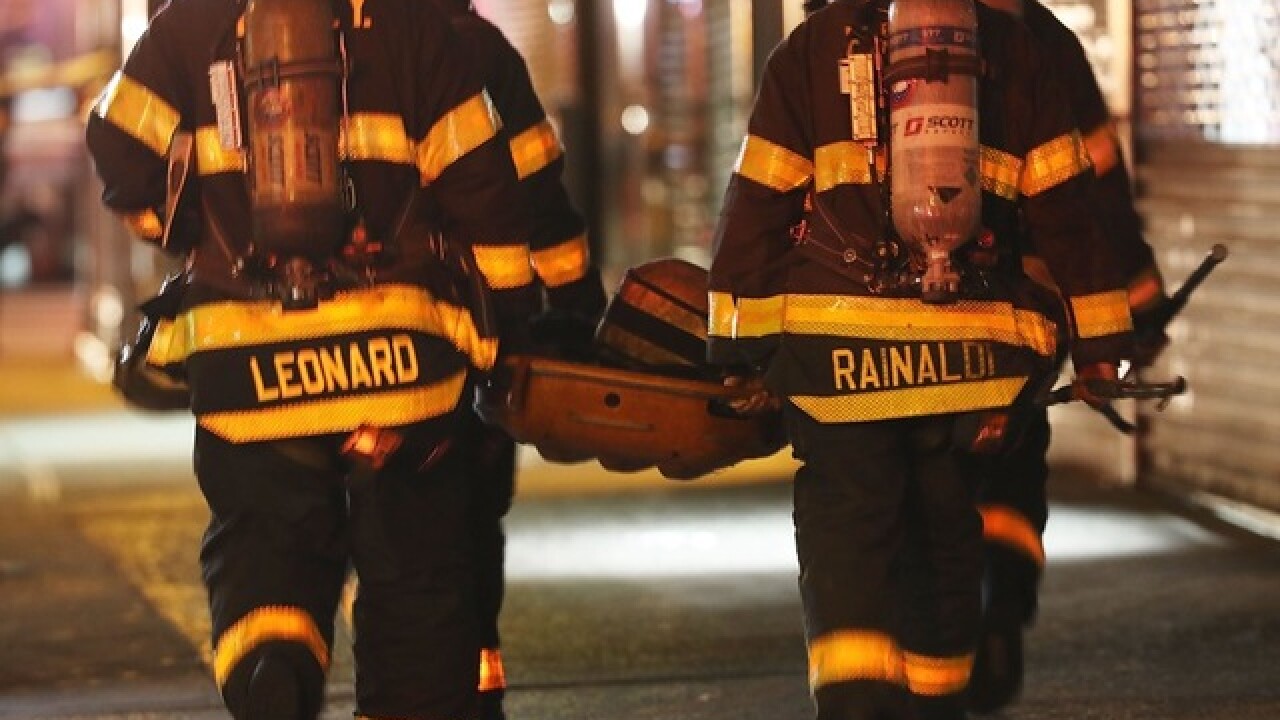 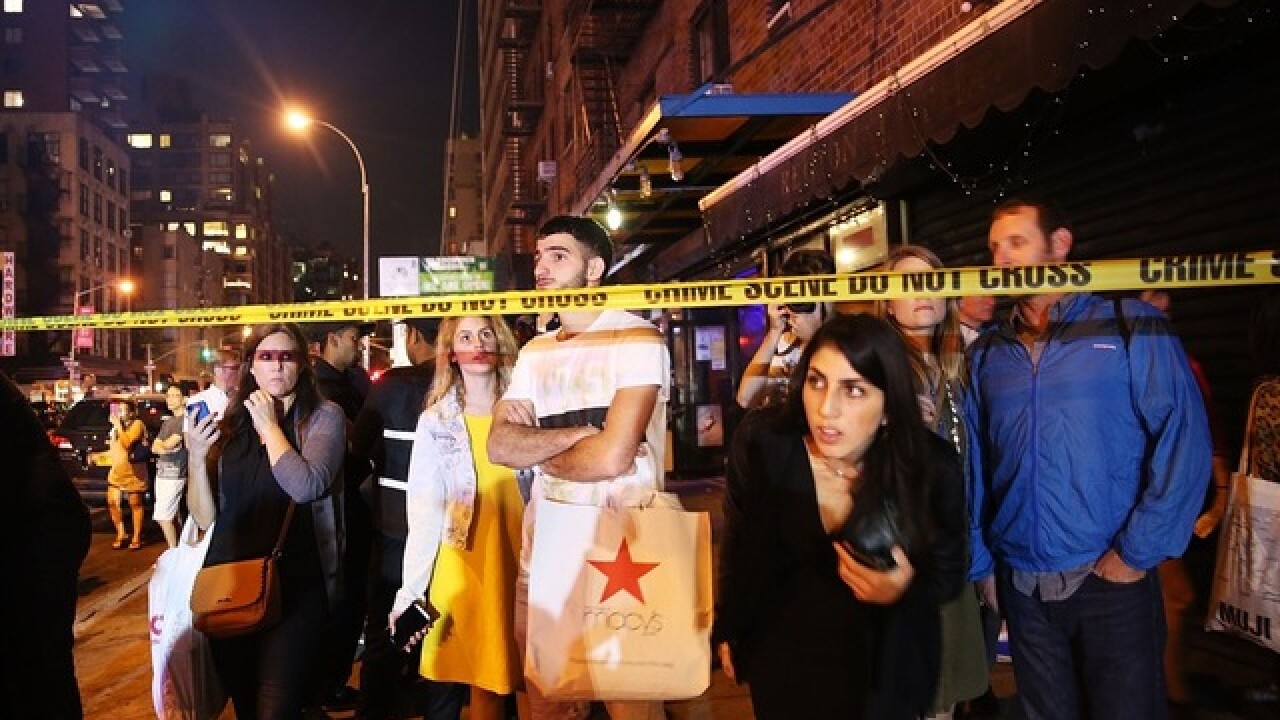 NEW YORK — An explosion rocked a crowded Manhattan neighborhood and injured 29 people, and a suspicious device discovered blocks away was safely removed early Sunday. Mayor Bill de Blasio ruled out any terror connections but called the blast an "intentional act."

"Tonight, New York City experienced a very bad incident," de Blasio said. "We have no credible and specific threat at this moment."

De Blasio tried to calm any fears among nervous New Yorkers, saying the explosion had no terrorist connection and wasn't related to a pipe bomb explosion earlier Saturday in New Jersey that forced the cancellation of a charity run.

"Now, I want to be clear: Whatever the cause, whatever the intention here, New Yorkers will not be intimidated," the Democratic mayor said. "We are not going to let anyone change who we are or how we go about our lives."

Anyone else catch that huge explosion in Chelsea NYC? Crazy world we live in. #NYC #Chelsea pic.twitter.com/QBK1ZR2l2B

The explosion happened in Chelsea, a primarily residential neighborhood on Manhattan's west side that's known for its art galleries and large gay population.

It was unclear who was behind the blast and what motivated it.

A law enforcement official told The Associated Press that a second device that officers investigated four blocks from the scene appeared to be a pressure cooker attached to wiring and a cellphone. The official, who was not authorized to speak about an ongoing investigation and spoke on condition of anonymity, said the device was found inside a plastic bag on West 27th Street. The device was removed with a robot and taken to a department firing range in the Bronx.

The law enforcement official also said that the explosion that rocked a bustling Chelsea neighborhood appeared to have come from a construction toolbox in front of a building. Photos from the scene show a twisted and crumpled black metal box.

The blast happened on West 23rd Street, in front of a residence for the blind, near a major thoroughfare with many restaurants and a Trader Joe's supermarket. Witnesses said the explosion at about 8:30 p.m. blew out the windows of businesses and scattered debris.

The Fire Department of New York said 29 people were injured, and 24 people were taken to hospitals. One person received a puncture wound that was considered serious. The other injuries were described as scrapes and bruises.

New York City subway routes were affected by the explosion, which rattled some New Yorkers and visitors on the heels of the 15th anniversary of the 9/11 terror attacks.

Chris Gonzalez, visiting from Dallas, was having dinner with friends at a restaurant in the area.

"We felt it. We heard it," Gonzalez said. "It wasn't like jolting or anything. Everyone just went quiet."

Rudy Alcide, a bouncer at Vanity Nightclub at 21st Street and 6th Avenue, said he, at first, thought something large had fallen.

"It was an extremely loud noise. Everything was shaking, the windows were shaking," he said. "It was extremely loud, almost like thunder but louder."

The FBI and Homeland Security officials, along with the Bureau of Alcohol, Tobacco, Firearms and Explosives arson and explosive task force, were at the scene. Democratic Gov. Andrew Cuomo toured the site Sunday.

The White House said President Barack Obama was apprised of the explosion.

Democratic presidential nominee Hillary Clinton said the nation needs to support its first responders and "pray for the victims."

"We have to let this investigation unfold," she said.

Republican presidential nominee Donald Trump moved ahead of New York City officials when he declared a "bomb went off" before officials had released details. He made the announcement minutes after stepping off his plane in Colorado Springs, Colorado.

"I must tell you that just before I got off the plane a bomb went off in New York and nobody knows what's going on," Trump said.

He continued, "But boy we are living in a time — we better get very tough, folks. We better get very, very tough. It's a terrible thing that's going on in our world, in our country and we are going to get tough and smart and vigilant."

A spokeswoman for Trump didn't respond to an email asking whether he was briefed about it before taking the stage.

The Manhattan blast came hours after a pipe bomb exploded in Seaside Park, New Jersey, shortly before thousands of runners were due to participate in a charity 5K race to benefit Marines and sailors. The run was canceled, and no injuries were reported.

Also Saturday, at least eight people were injured at a shopping mall in St. Cloud, Minnesota, in a stabbing attack. The suspect was shot dead by an off-duty police officer. The police chief said the suspect asked at least one victim if he or she was Muslim.

The investigation into the Manhattan explosion came as world leaders descend on the United Nations for a meeting Monday to address the refugee crisis and the Syrian conflict. The blast site is about 2 miles away.