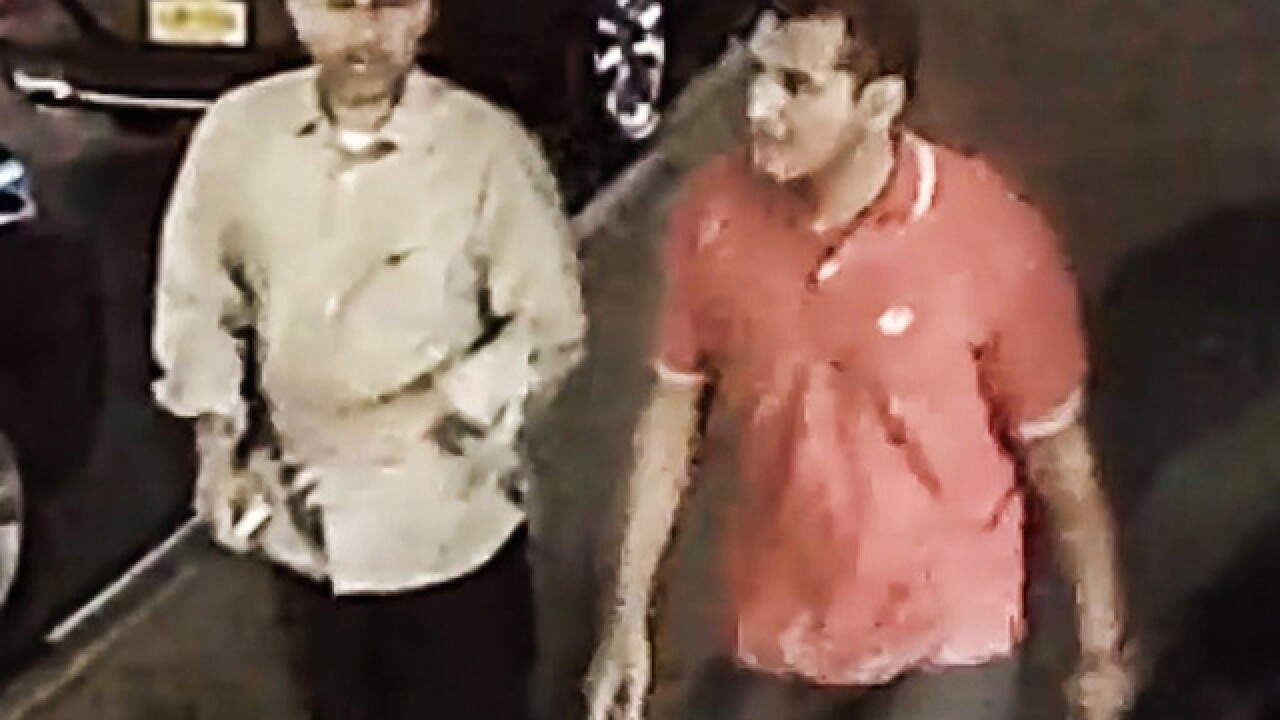 <p>This video frame grab provided by the FBI shows two unidentified men walking in the Chelsea neighborhood of New York on Saturday, Sept. 17, 2016, around the time when a bomb exploded on a nearby street.</p>

WASHINGTON (AP) — The FBI has released an image of men believed to have taken a suitcase holding a Manhattan bomb that didn't explode.

On Wednesday, the FBI posted an image of two men who allegedly picked up a suitcase on the street in Manhattan on Saturday night. They apparently didn't know the bag contained an improvised explosive device until they opened it.

The men then removed the bomb, leaving it on the sidewalk, and took the bag.

The FBI is seeking help finding the two unidentified men.