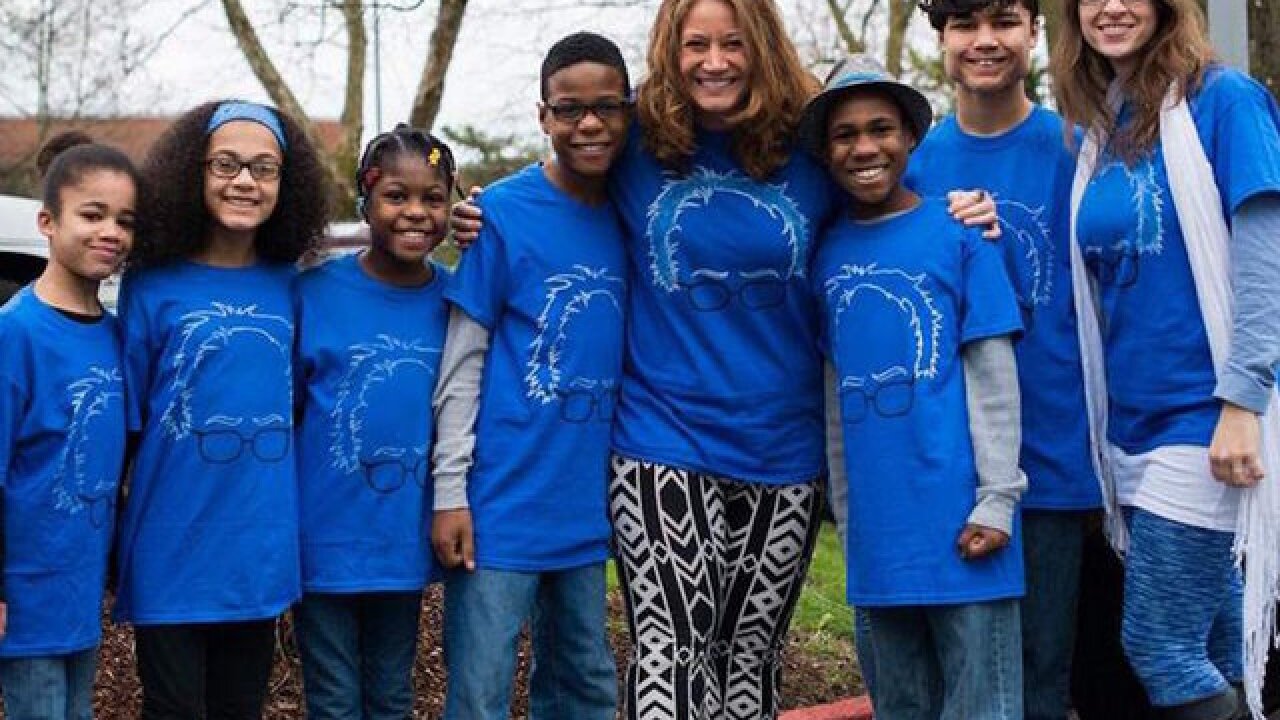 A family's SUV found at the bottom of a California cliff last week may have been deliberately driven off the road, police told media Sunday.

The bodies of Jennifer and Sarah Hart, both 38, were discovered inside their overturned SUV near a remote stretch of Highway 1 in Northern California last Monday. Emergency responders found the bodies of three of their six children -- Markis, 19, and Jeremiah and Abigail, both 14 -- outside the car.

Their other children -- Hannah, 16, Devonte, 15, and Sierra, 12 -- are missing. Nobody reported seeing the crash, so authorities don't know exactly when or how it happened and it is unclear whether the three missing children were in the SUV when it fell 100 feet into the sea.

Police said that preliminary information suggested the car may have been intentionally driven straight off the edge of the cliff.

Data from the vehicle's air bag module and software indicated that the car had stopped at the pull out and then accelerated off the road, said Greg Baarts, acting assistant chief of the California Highway Patrol's Northern Division.

"At this point in our investigation, that is the direction we are going," Baarts said.

Preliminary data from the car suggested that there had been approximately 70 feet of continuous acceleration from the last moment the brakes were applied before the SUV went over and hit the ocean floor, Baarts said.

There was also no evidence to suggest the car had been driving at an angle when it left the road, he said.

Baarts stressed that investigators were still verifying the information, but that authorities believed that a felony had been committed.

He denied rumors that a suicide note had been found at the Harts' Washington house but said investigators were still evaluating some items found at the residence and said there had been some red flags raised.

Deputies from the Clark County Sheriff's Office in Washington executed a search warrant Thursday night at the family's home in Woodland, looking for any evidence in the missing persons case, Sgt. Brent Waddell told media late last week. He said the office was working with California authorities to find the missing children.

Police have said conditions at the house indicated that any trip would have been temporary.

The Harts' neighbor, Bruce DeKalb, said the family moved in about 10 months ago and was "very private." DeKalb told HLN last Thursday that Devonte and one of his sisters had said they were not being properly treated.

Devonte, who is black, earned national attention when a photo of him at age 12 went viral. In the image, tears stream down his face as he embraces a white officer in the middle of a demonstration in Portland, Oregon, related to the fatal police shooting of Michael Brown in Ferguson, Missouri. Devonte had been holding a sign offering "Free Hugs."

DeKalb said that he had called Child Protective Services March 23 and they had arrived at the house just after Jennifer Hart came home from work but that she didn't answer the door. Sarah Hart came home not long afterward, DeKalb said, and by Saturday morning the family and their vehicle were gone.

After the Friday visit, Child Protective Services tried to visit the family twice more, on Monday and Tuesday, to no avail, according to the Washington State Department of Social and Health Services.

The agency was trying to get in touch after the "now deceased children were identified as potential victims of alleged abuse or neglect," according to a statement from the Washington State Department of Social and Health Services.

The department said it had no history with the family.

Before the Harts moved to Washington, they had lived in Minnesota, where Sarah Hart pleaded guilty to misdemeanor domestic assault involving one of the children in 2010, according to court records from Douglas County.

Friends of the Harts had a different view of the couple, describing them to CNN affiliate KOIN as loving parents who gave the kids everything they had and radiated positivity.

"Jen and Sarah really were the kind of parents that I think the world desperately needs," friend Zippy Lomax told KOIN.