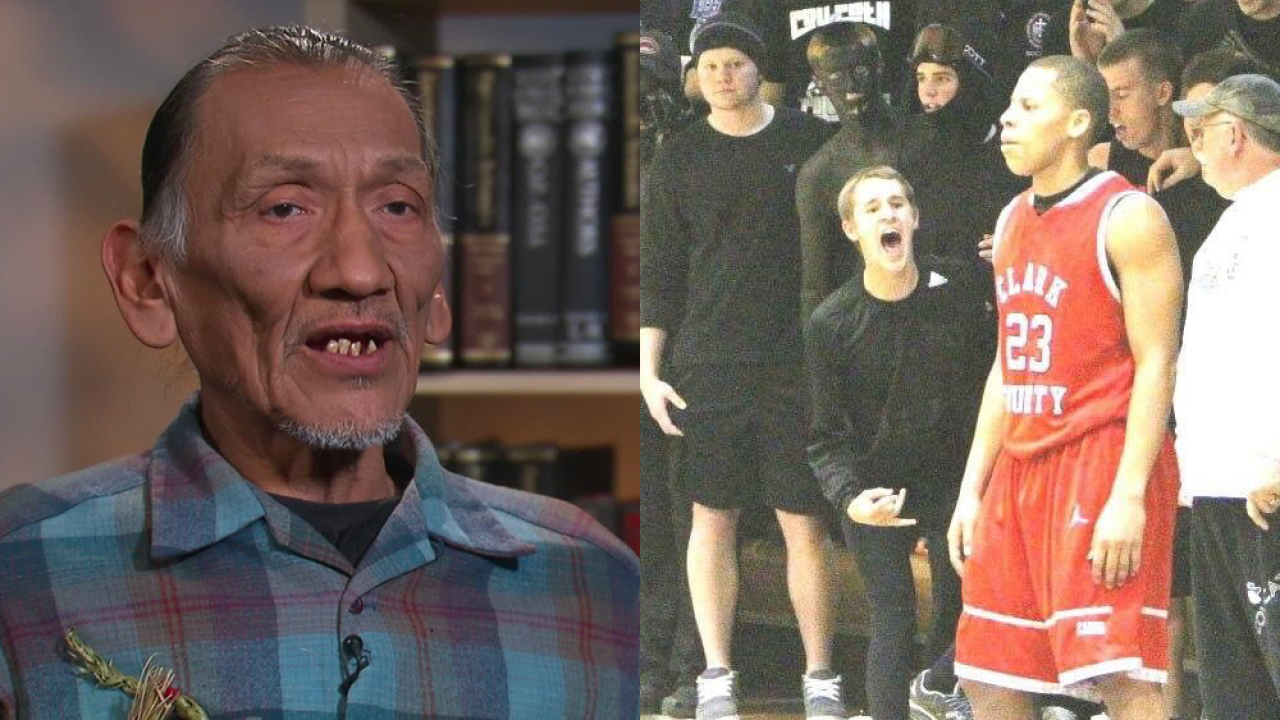 Video clips of Jan. 18's Washington, D.C., interaction among a group of Covington Catholic High School students, Native American activists and members of a fringe religious group were a reminder of the speed at which provocative stories can spread in the age of social media.

The image of 16-year-old Nick Sandmann, a white teenager in a "Make America Great Again" cap, face to face with 64-year-old Native American activist Nathan Phillips, arrived in a Twitter landscape eager to dredge it for sociopolitical symbolism.

Here are some of the false and misleading claims about which viewers have called and tweeted at WCPO reporters.

Just as in the initial interaction, the truth is more complex.

The claim: Omaha elder Nathan Phillips is not really a veteran.

The truth: He is — just not of the Vietnam War, as was originally widely reported and meme-ified. Records obtained by national news outlets indicate Phillips served in the Marine Corps Reserve briefly as an anti-tank missileman, which is a kind of infantryman, and then as a refrigerator technician from 1972-1976.

He was never posted outside of the United States. Internet detectives found one instance of him falsely claiming he had been "in theater," meaning in combat, in a Facebook live video. Generally, however, he instead identified himself in interviews as a "Vietnam-times" veteran rather than a veteran of the conflict itself.

Both the New York Times and Washington Post initially reported Phillips had served in Vietnam based on information shared by the Indigenous Peoples Movement, the group with which he marched Saturday, and the Lakota People's Law Project. WCPO replicated this error in its own coverage on the day of the event and later corrected it.

The public misapprehension may have been strengthened when he identified himself as a "Vietnam-times" veteran in a CNN interview and the network omitted the word “times” in its initial transcription. (The error has since been corrected.)

In other instances, Phillips has referred to his service in ambiguous terms that the Washington Post characterized as misrepresentation, many times providing information the average person could easily misinterpret.

Both the Times and the Post would later issue corrections based on information from Phillips' paper records, which they obtained with his help, and representatives of the Marine Corps Reserve.

Other news coverage indicates he has engaged in past activism focused on the protecting the rights of Native Americans, including when he protested against the Dakota Access Pipeline.

The claim: Covington Catholic’s cheering section once dressed in blackface to intimidate a black basketball player at a rival school.

The truth: The school’s Nov. 27, 2011, season opener against George Rogers Clark High School was a “blackout” game in which members of the student cheering section, known as the Crazies, dressed in all black. Some painted their faces and bodies to match.

The widely circulated photo appears to have originated on Bluegrass Preps, a site dedicated to prep sports in Kentucky, in a 2015 thread about the Crazies’ behavior toward inbound players. According to the thread, the Crazies frequently surrounded such players and heckled them during games, and fans were split on whether the behavior enhanced the game or disrupted it.

“Blackface?” One user wrote after the contentious image was posted.

Discussion of whether or not it did constitute blackface, a style of costume make-up in which a non-black person darkens their skin and creates caricatured “black” features such as large lips, continued throughout the remainder of the thread.

One user noted a student on the far right of the photo had taken the extra step of outlining his lips and eyes in white, a practice common in the early 19th-century minstrel shows that used racial stereotypes and white performers in blackface to mock real black people.

Researchers at Snopes found additional video of Crazies wearing black body paint amid a crowd of black-clothed fellow fans on Covington Catholic’s YouTube page. The recording has since been deleted by the school but mirrored by other accounts.

Regardless of intent, any style of makeup reminiscent of blackface can recall a racist, dehumanizing connotation.

Some teams, including Arizona State University, Millard North High School in Lincoln, Nebraska, and Oregon State University, have asked their fans not to paint their faces at all for this reason. Sam Schroder, the teen who appeared on Fox & Friends, said black body paint had not been permitted at blackout games in his four years at Covington Catholic.

George Rogers Clark athletic director Jamie Keene told WCPO he did not recall receiving any complaints from players, coaches or fans that night.

Covington Catholic athletic director Tony Bacigalupo did not respond to a request for comment about this or the following photo.

The claim: This photo shows Covington Catholic basketball players flashing a white-power symbol on the court.

The truth: This image, which has been posted on Reddit, Twitter and a Calgary Flames hockey fan forum, shows the Colonels making a common hand signal celebrating a successful three-point shot.

The gesture is recognizable enough to basketball fans that some have created compilations of NBA greats such as Steph Curry and LeBron James doing the same.

Off the court, it’s an OK symbol — the joining of the forefinger and thumb create the O, and the remaining three fingers create the K. Some teenagers do it below the belt as part of “The Circle Game,” which allows the circle-maker to slap anyone who looks at their hand.

However, in the minds of those who have been conditioned to look for it, the pinkie, ring finger and middle finger form a W, and the middle finger joins with the thumb and forefinger to create a P: White power.

Some real white supremacists do use it, but instances of authentic usage in that context are intentionally difficult to distinguish from ironic usage.

The Southern Poverty Law Center found posts on 4chan, an anonymous online community known for its users’ coordinated campaigns of trolling, indicating at least some of the mainstream proliferation of the “white power” interpretation was part of a deliberate effort to bait liberals into overreacting when they saw, say, a popular actor signaling OK on the red carpet.

“Leftists have dug so deep down into their lunacy,” one user wrote, proposing others create fake feminist Twitter accounts to spread the hoax. “We must force [them] to dig more, until the rest of society ain’t going anywhere near that s***.”

The ambiguity creates a no-win situation for those who see a link to white supremacy: If they ignore it, white supremacists can continue to perform a secret handshake in public. (The SPLC includes images of white nationalist Richard Spencer and members of "western chauvanist" group the Proud Boys doing so.) If they jump on every instance, they look unhinged and inevitably accuse people who are totally uninvolved.

As in most cases, it’s a good idea to apply the logical principle of Occam’s razor: Simple explanations are more likely to be true than complex ones.

On the basketball court, the gesture has an established and well-known meaning with no connections to white supremacy. It is unlikely the students in the photo are doing anything but celebrating a three-point shot.