Facebook down: Social media site wasn't working for many, according to reports 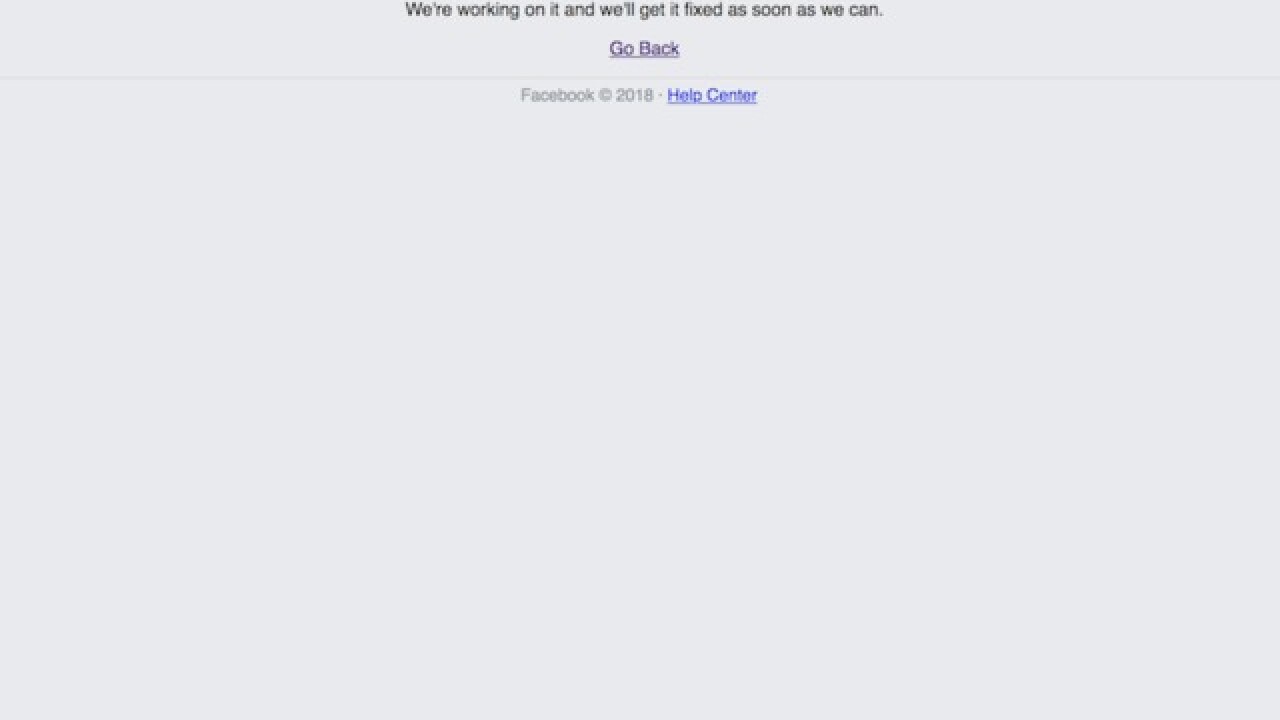 Is Facebook down? That was the case for many as Twitter lit up with reports of not being able to access the social media site Monday morning.

According to  downdetector.com ,  the East coast had the most reports of outages. Facebook was back up and running for several users after being down for about 30 minutes.

Users also took to Twitter to report the outage, with #FacebookDown trending quickly.

The reactions to the social media site not functioning ranged from hilarious to pure desperation.

Twitter. Noun. Place we all go to talk about #FacebookDown . pic.twitter.com/YbauzrH0YR

Yes, I am one of those who immediately went to Twitter to figure out if I was the only one whose Facebook wasn’t working. #FacebookDown pic.twitter.com/FnhC4kVCgm

Alright, everyone, #FacebookDown so it’s time to actually work. pic.twitter.com/4alI7zqRmL

The Great #FacebookDown Disaster of 2018 is now over. Here's to the survivors..... pic.twitter.com/M7qM3snVuX