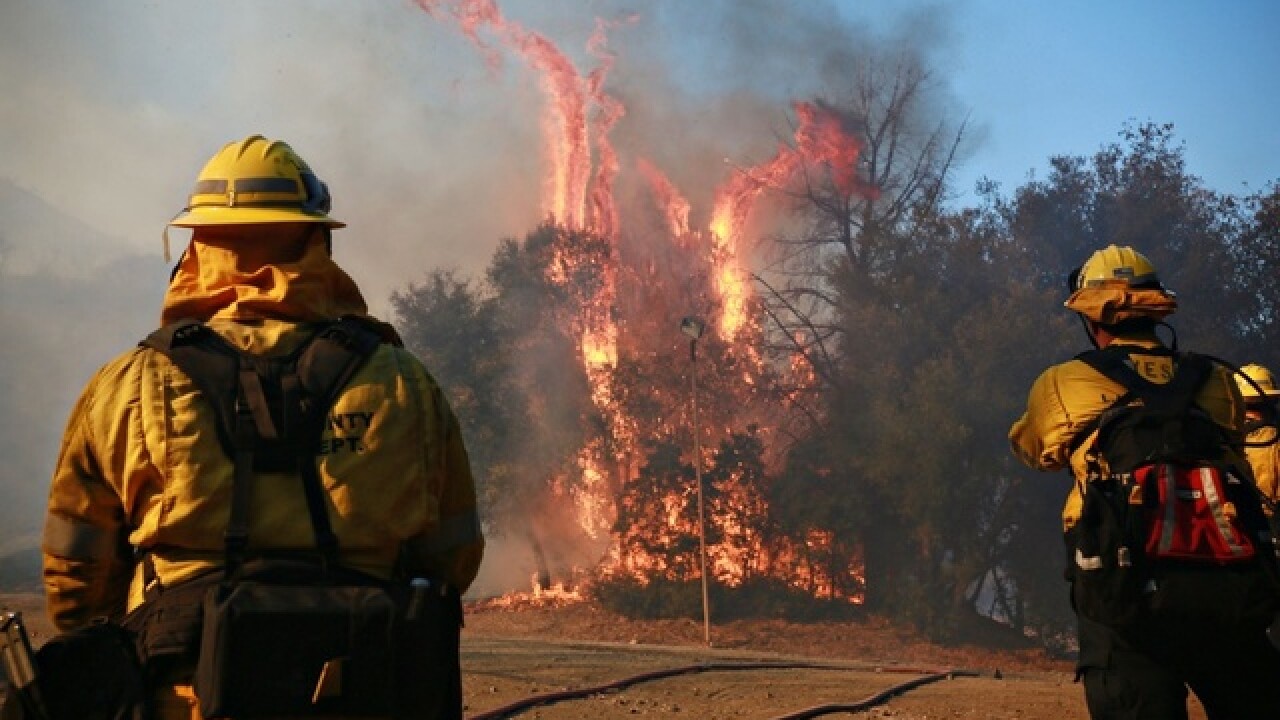 Wildfire experts say the Northern California wildfire that has killed at least 56 is the deadliest in a century.

California officials say the fire burning in a rural area far north of San Francisco killed more people than any blaze in the state's recorded history.

But the U.S. government doesn't closely track civilian casualties and records from long ago are incomplete.

Stephen Pyne, a regent professor at Arizona State University's School of Life Sciences and author of "Between Two Fires: A Fire History of Contemporary America," and Crystal Kolden, a professor at the University of Idaho and expert in fire science, said 1918 was the last time more people were killed in a wildfire.

"For the modern era, this is definitely going to go down as the deadliest on record for the U.S.," said Kolden, who has studied wildfires for 20 years since she worked as a wildland firefighter for the U.S. Forest Service.

A century ago, the Cloquet Fire broke out in drought-stricken northern Minnesota and raced through a number of rural communities, destroying thousands of homes and killing an estimated 1,000 people. The fire helped prompt the federal government to start developing firefighting practices and policies.

Pyne, who was a firefighter before he began researching wildfires in 1977, said U.S. government agencies still don't keep good statistics on civilian casualties from wildfires.

"Fire statistics are not very good because they're remotely generated," he said. "It's very hard to find out even how many houses burned in a year."