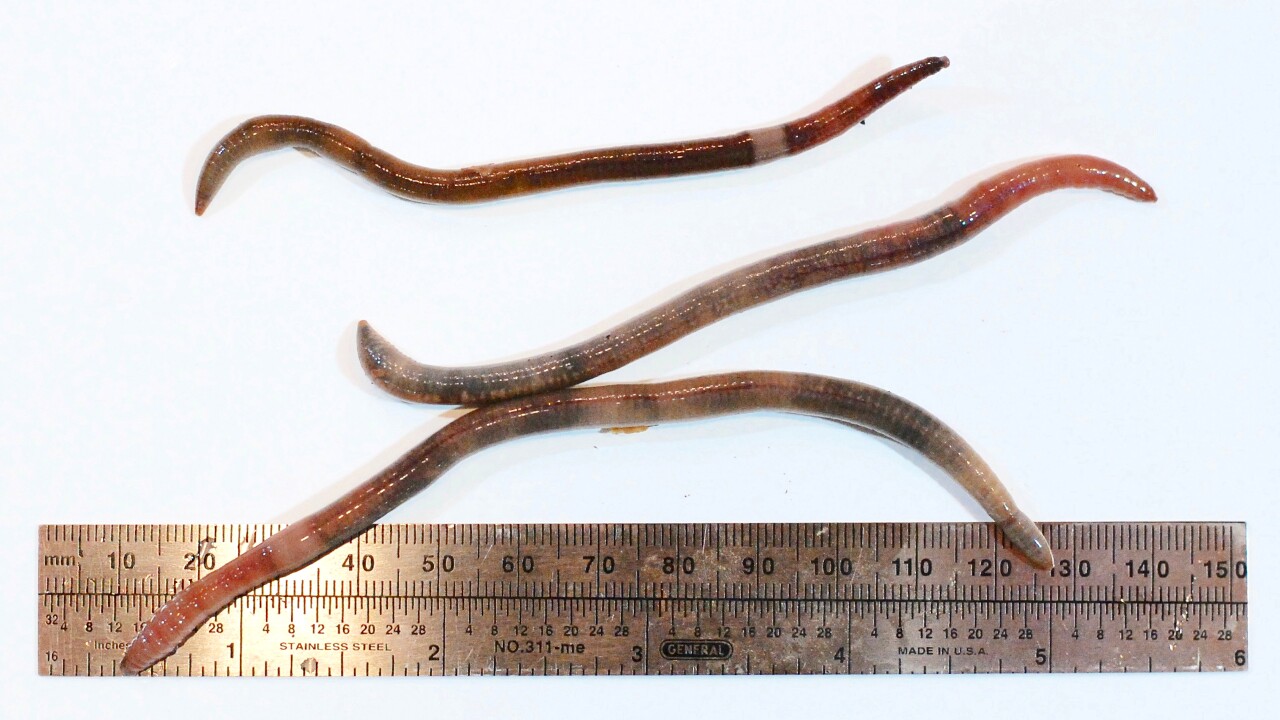 The earthworms live in the top few inches of soil, can grow to about the length of a pencil and gobble up fallen leaves that experts say play a vital role in forest ecosystems.

Henshue believes the invasive earthworms may have been transported to the area in part via contaminated mulch.

"In agricultural systems, earthworms can be great, but in forests in our area, these jumping worms reduce leaf litter, which is really a protective layer that we rely on to protect and hide seeds and keep the sun off newly germinating plants," Henshue said. "The ability of earthworms, writ large, to reduce that leaf litter, to mix up different soil horizons, to add a whole lot of bacteria to the soil — it's very disruptive to plants, to animals and to organisms that live in the soil."

Henshue says human activity is what leads to the spread of these invasive species.

"We shouldn't have earthworms at all in New York State, native or otherwise, because the glaciers pushed them so far south during the ice age," Henshue said. "But we do because of boats, bait, potted plants, soil being moved. Earthworm egg cases are tiny. They're smaller than the backing of an earring. They get transported around really easily."

Below are some tips provided by Henshue to help stop the spread of these invasive species:

"There's not a very good solution because we don't have anything that specifically targets these earthworms," Henshue said. "The quick and dirty way would be to just kill everything, and that's not okay. You'd wipe out beneficial insects and microbes as well. So the best thing we can do is prevention. Be vigilant about mulch piles, root cuttings and plant swaps. Don't use these things as bait."

For more information on identifying the worms and stopping the spread, click here.

This story was originally published by Anthony Reyes on WKBW in Buffalo.