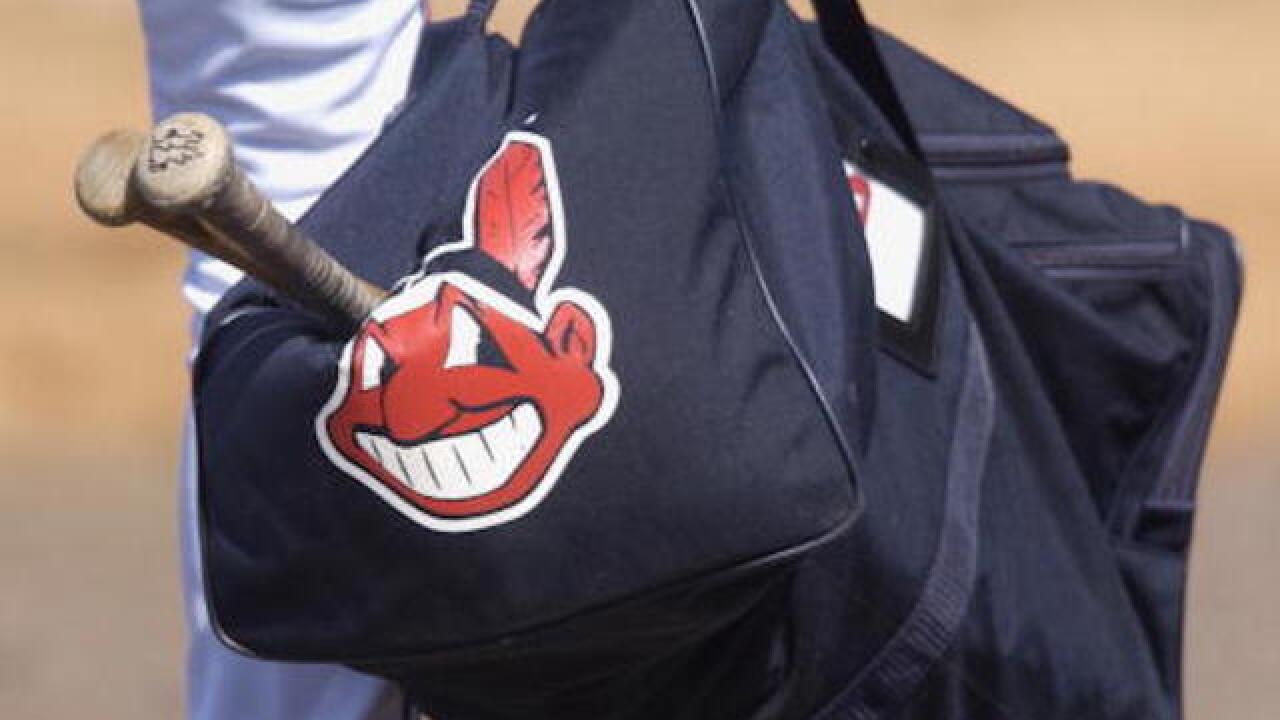 An ESPN broadcaster caused a stir Thursday when he wore a shirt emblazoned with the word “Caucasians” along with a logo meant to mimic that of the Cleveland Indians’ Chief Wahoo.

While guest-hosting ESPN’s “Mike & Mike in the Morning” TV and radio program, Bomani Jones appeared on camera with a shirt that featured a whitewashed version of the Indians’ mascot that replaced a war feather with a dollar sign.

According to TMZ , Jones was asked by ESPN to “cover up” his shirt, and he complied by partially zipping up his sweatshirt.

Jones — who has not shied away from tackling race in sports in the past — told Molly Qerim the statement his shirt made was “obvious.”

Chief Wahoo has been the subject of much debate this week, as the Indians announced that the Native American caricature had officially been relegated to “secondary” status in Cleveland’s brand identity. Though Wahoo will continue to appear on the sleeves of the Indians’ uniforms and on some of the team’s caps, Cleveland’s “Block C” logo will take precedence in the Indians’ brand identity.

"We do have empathy for those who take issue with it," said Indians owner Paul Dolan. "We have minimized the use of it and we'll continue to do what we think is appropriate."

But according to Jones, stripping Chief Wahoo of his “primary logo” status wasn’t enough.

“The only reason they won’t get rid of Chief Wahoo — which is completely indefensible — is because they can still sell stuff with it. They can say they’re going to de-emphasize it, but they’re not just going to set money on fire,” Jones said.

The red-faced cartoon Indian has been used on Cleveland’s uniforms in one form or another since 1947. While the logo has no doubt become instantly recognizable as the Indians’ mascot, many Native Americans find the logo to be offensive. For at least 25 years, Native Americans have flocked to Cleveland on the Indians’ opening day to protest the use of the logo.