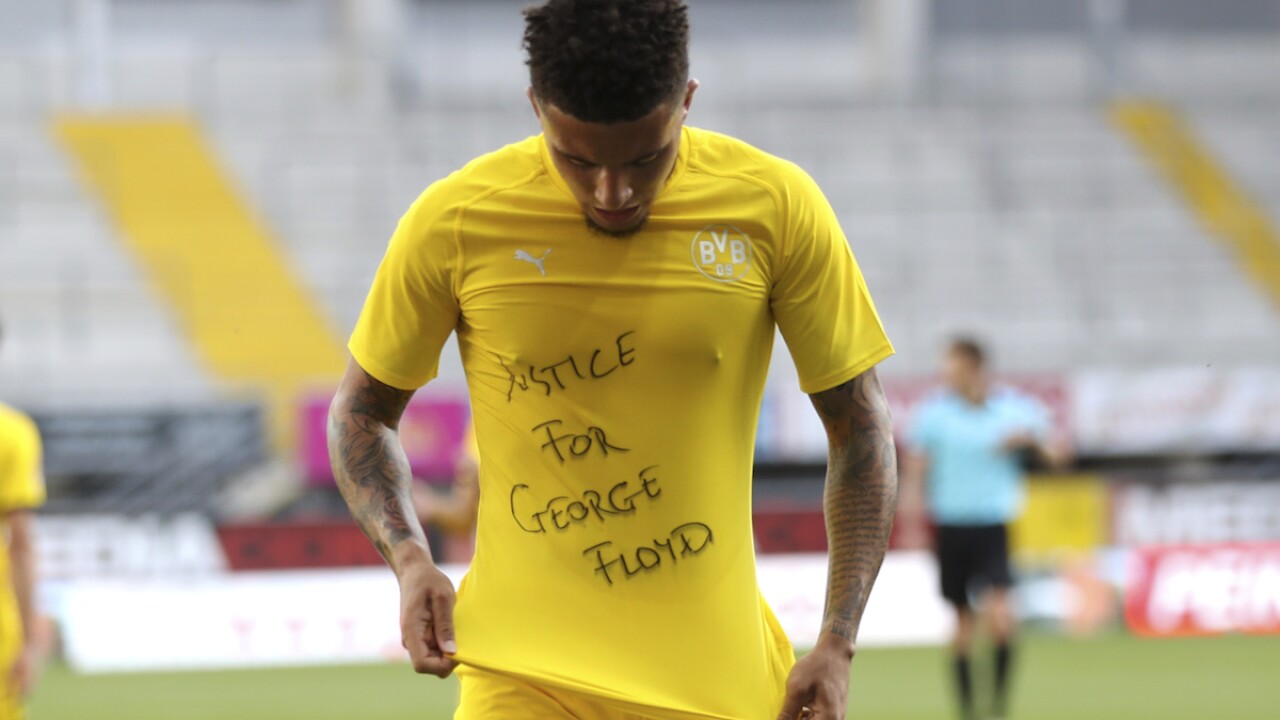 2020 Getty Images
Lars Baron/AP
PADERBORN, GERMANY - MAY 31: Jadon Sancho of Borussia Dortmund celebrates scoring his teams second goal of the game with a 'Justice for George Floyd' shirt during the Bundesliga match between SC Paderborn 07 and Borussia Dortmund at Benteler Arena on May 31, 2020 in Paderborn, Germany. (Photo by Lars Baron/Getty Images)

English Premier League players are able to show solidarity with the George Floyd justice campaign during games without facing sanctions.

The Football Association has endorsed FIFA's new stance that common sense would be applied when assessing the context of on-field messages on players' equipment.

The laws of the game prohibit "any political, religious or personal slogans, statements or images."

But the English FA has given the green light for players using games to protest against social and racial inequality.

The Premier League is due to resume on June 17.