East Coast freeze will be so cold, it could break up to 200 records 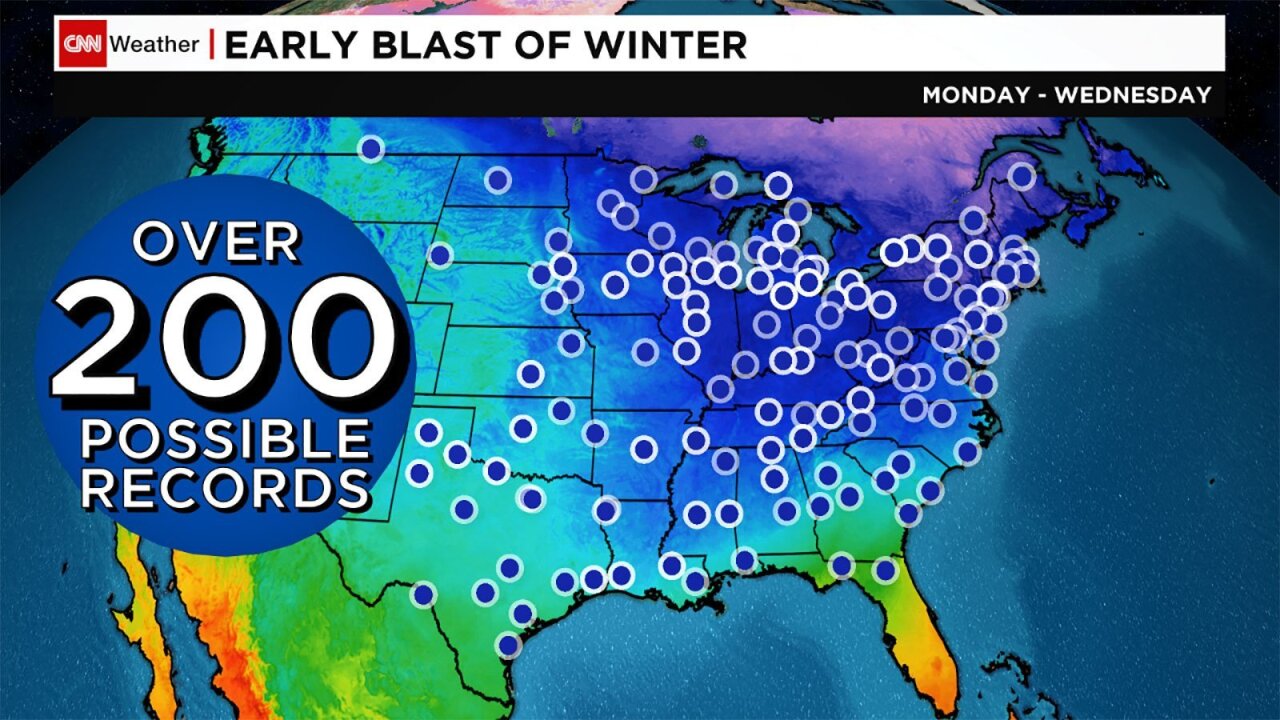 Don your jackets and mittens, East Coasters. You're going to need them.

The next five to seven days won't just be cold — they'll be record breaking.

That's according to data from the National Weather Service, which predicts that more than 200 record lows could be tied or set from Monday to Wednesday.

It's all part of the Arctic blast that's hitting the East Coast , bringing below-freezing temperatures to some places. On Monday, temperatures are expected to plummet in the Great plains, before moving farther east on Tuesday and Wednesday.

Record low temperatures are possible across Texas, Oklahoma and parts of the Ohio Valley starting Tuesday morning. By Wednesday, more than a dozen record lows could be set in the Deep South and the Gulf Coast, according to CNN meteorologist Taylor Ward.

Some places in the East could experience temperatures on Wednesday afternoon that are up to 30 degrees below average .