Does Trump's 'calm before the storm' quote mean another war is coming? (Analysis) 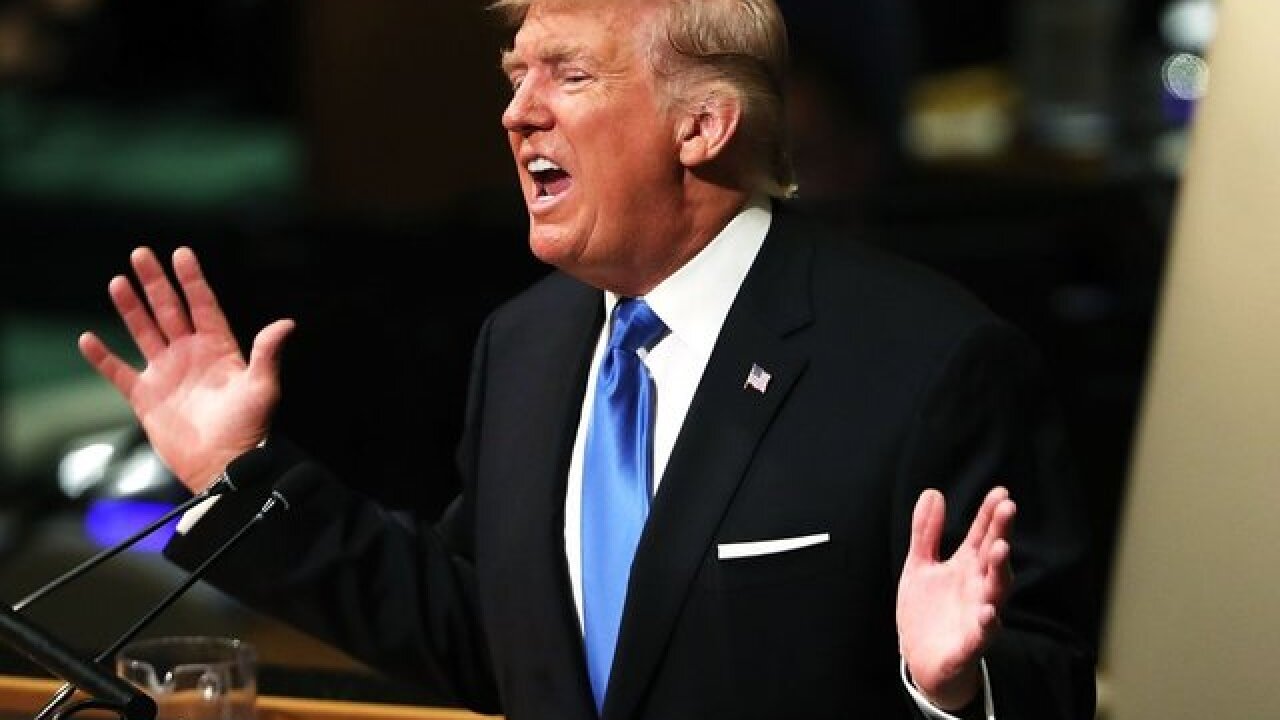 President Donald Trump hosted his top military brass and their spouses for dinner at the White House on Thursday night. The group posed for a photo. Then this exchange with reporters happened:

Trump: "You guys know what this represents? Maybe it's the calm before the storm."

Trump: "We have the world's great military people in this room, I will tell you that. And uh, we're gonna have a great evening, thank you all for coming."

What. The. Hell. Is. Happening.

To be clear: Trump didn't have to say anything. Reporters shout questions at these photo-ops all the time. Presidents ignore them all the time. So he did this on purpose. He wanted to say this -- so he did.

Now as for what he said. When you say "maybe it's the calm before the storm" when surrounded by the top military leaders in the country, it doesn't take much of a logical leap to conclude there is some sort of military operation in the offing.

That's especially true when you have two situations -- North Korea and Iran -- that appear to be coming to a head.

In regard to North Korea, Trump tweeted last weekend that Secretary of State Rex Tillerson was "wasting his time trying to negotiate with Little Rocket Man" -- the latest verbal provocation between Trump and the North Korean dictator. That rhetorical back-and-forth comes amid Kim Jong Un's repeated testing of missiles and refusal to stop his nuclear program.

When it comes to Iran, Trump is expected next week to "decertify" the Iranian nuclear deal crafted by President Barack Obama. Trump has been a longtime critic of the deal, insisting that Iran had not kept up its end of the agreement. (The decertification process will allow Congress 60 days to adjust the pact.)

Which situation was Trump talking about with his "calm before the storm" remark? Both? Neither? We don't know, because Trump wouldn't say.

That, too, was on purpose.

Why? Because the bulk of Trump's experiences directly before running for president was as a reality TV star and producer. (In truth, Trump has been performing in a reality show of his own making for his entire life.) And, in that role, the goal is always to stoke drama, always do everything you can to keep people watching -- through the commercial, through the hour, through to next week's episode. Cliffhangers are the best way to do that -- stoking speculation, reversing expectations and, above all, ensuring people feel compelled to just keep watching.

"Dallas" fans in the 1980s spent months waiting to find out who shot J.R. "Game of Thrones" fans waited with bated breath to find out whether Jon Snow was alive or dead.

Stay tuned! Who knows what will happen next!

Or, in the words of Trump on Thursday night, "you'll find out."

The thing is: The stakes of a reality TV show are roughly zero. The stakes of diplomacy with rogue nations pursuing nuclear weapons are incredibly high.

What's not clear at the moment is whether Trump understands that difference. Whether he gets that by saying things such as "maybe this is the calm before the storm," he is flicking at the possibility of an armed conflict -- and the world is paying attention.

The "does he know what he's doing or is he just doing it?" conundrum sits at the heart of virtually every move Trump has made as a candidate and now as President. What's more dangerous with this latest loose talk, however, is that even if Trump is just saying things to hype up the drama rather than to warn of an actual impending military action, he (and we) have no way of knowing if Iran, North Korea or any other potential target understands that.

This is no reality show. And Trump isn't the producer, controlling all the players. His words -- whether he means them as a tease, a threat or something in between -- can have very real consequences.

Does Trump get any of that? We'll find out.