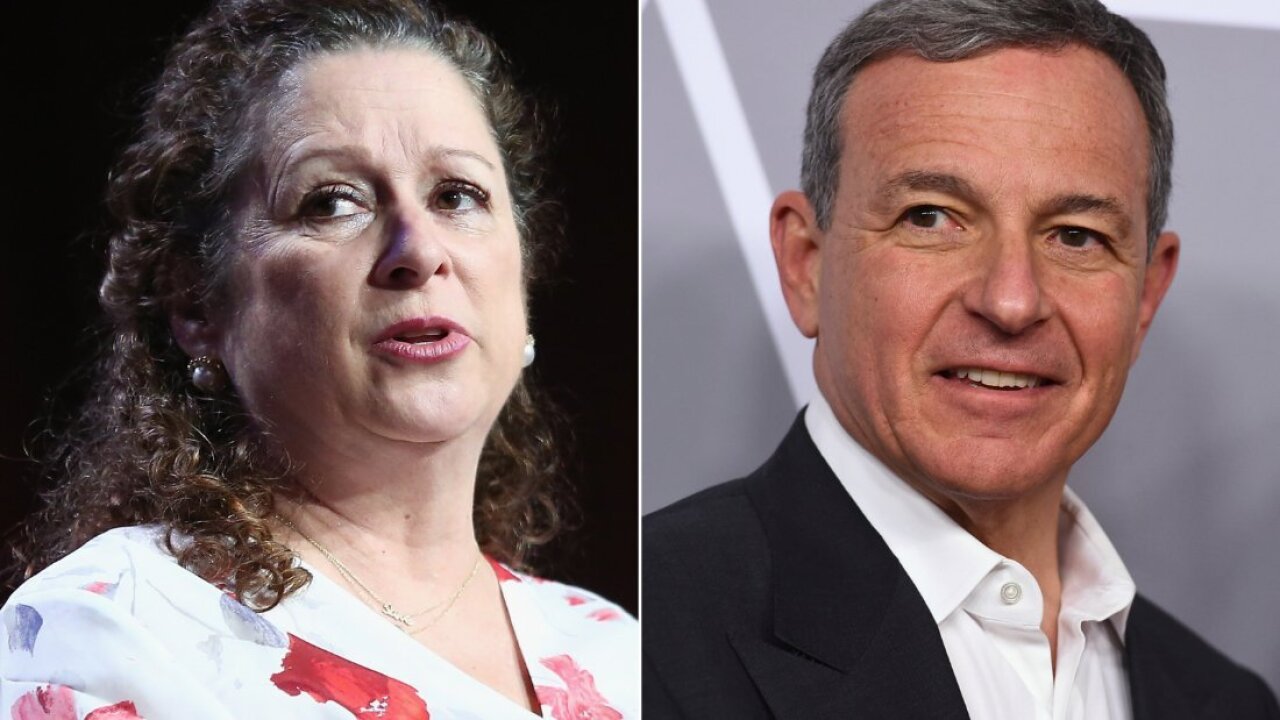 Abigail Disney is doubling down on her criticism of executive pay at her family's company .

Just days after calling the pay of Disney's top brass "insane," the granddaughter of company co-founder Roy Disney wrote an opinion piece in the Washington Post , in which she acknowledged she "struck a nerve with a Twitter thread about wage inequality at the Walt Disney Co."

"I believe that Disney could well lead the way, if its leaders so chose, to a more decent, humane way of doing business," she wrote in a piece published Tuesday.

She proposes the company put aside half of the bonuses its executives earn, distributing that to the bottom 10% of Disney's 200,000 employees.

According to a regulatory filing, six of Disney's top executives, including CEO Bob Iger, received stock awards and options worth a combined $62 million last year. That doesn't include the additional bonuses — and potentially millions of dollars more — earned by lower-tier executives at the media and theme park conglomerate.

"Besides, at the pay levels we are talking about, an executive giving up half his bonus has zero effect on his quality of life," she writes. "For the people at the bottom, it could mean a ticket out of poverty or debt. It could offer access to decent health care or an education for a child."

"By any objective measure a pay ratio over a thousand is insane," she said of Iger's pay package , which amounts to $66 million — 1,424 times that of the median salary of a Disney employee of $46,127 .

"There's a point at which there's just too much going around the top of the system into this class of people who — I'm sorry this is radical — have too much money," she said.

In the Washington Post piece, Abigail Disney reiterated her criticism of the company's pay for its lowest-paid workers. The company says it pays above the $7.25-an-hour federal minimum wage: Workers at its Florida resorts will make $15 per hour by 2021 , while employees at Disneyland in California had their pay increased to $15 an hour at the start of this year. But Abigail Disney said that's not enough.

"This argument fails to acknowledge that the cost of living varies from place to place and few can make do on that, no matter where they live," she wrote.

She also took issue with the Republican-led tax reform, saying major corporations who benefited from the lower tax rate have put the extra money into executive pay and share buybacks -- and not in their workers.

"At a company that has never been more profitable, whose top executives drive home with seven- and eight-figure paychecks and whose primary resource is the good-spirited, public-facing people who greet guests day after day, why are we dancing around a minimum wage anyway?," she added.

Abigail Disney wrote that while she believes that executives deserve bonuses, the "people who contribute to its success also deserve a share of the profits they have helped make happen."

The Disney company reported a record profit in 2018.

"Here is my suggestion to the Walt Disney Co. leadership. Lead," she concluded. "Reward all of your workers fairly. Don't turn away when they tell you they are unable to make ends meet. You do not exist merely for the benefit of shareholders and managers."

It responded to her initial criticism Monday saying that it has made "historic investments" in its workers' pay and benefits, including education initiatives that allow hourly employees the ability to earn a college or vocational degree "completely free of charge."

The company also previously defended Iger's pay, which it said is "90% performance-based."

"He has delivered exceptional value for shareholders: Disney's market capitalization has grown exponentially over the last decade, rising $75 billion in the last month alone, and the stock price has increased to $132 a share from $24 a share when Mr. Iger became CEO in 2005," a Disney spokesperson previously told CNN Business.