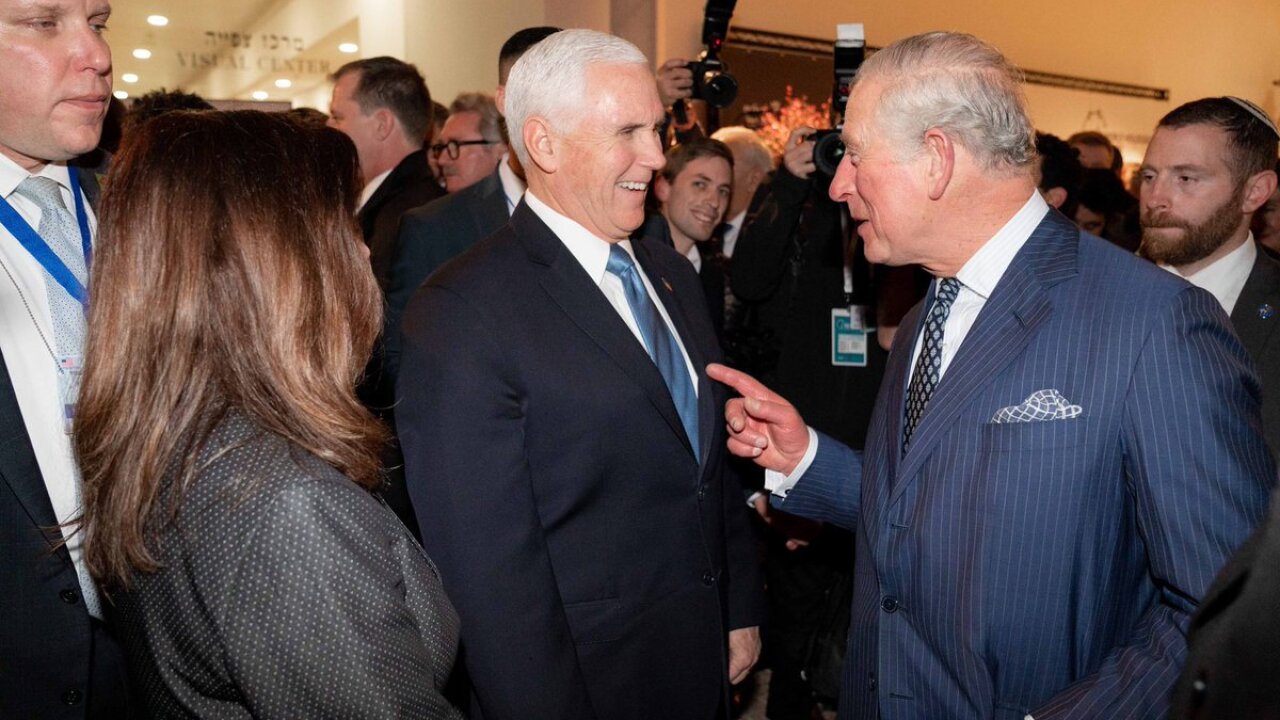 A video of an interaction between Vice President Mike Pence and Prince Charles went viral on Thursday as the video showed Charles apparently passing by Pence to not shake his hand. (Video seen in the player above).

While many thought that Charles had snubbed Pence, officials representing both Pence and Charles said it was not a snub. A video released by Pence's press secretary Katie Waldman shows that indeed Charles and Pence exchanged greetings earlier in the day.

Both sides said that Charles and Pence shook hands and exchanged greetings backstage at the end.

The two were participating alongside other world leaders at an event at the World Holocaust Forum in Jerusalem.