Police said the two victims are the children of the suspect's girlfriend and that all four people lived in the home together.

GARFIELD HEIGHTS, Ohio — Two teens are dead and an employee with the Department of Homeland Security is in custody after a domestic dispute led to shooting in Garfield Heights, according to police.

Officers from the Garfield Heights police department responded around 9:30 p.m. on Wednesday night to find a 17-year-old male and a 19-year-old female lying in the driveway of a home. Both were transported to the hospital. 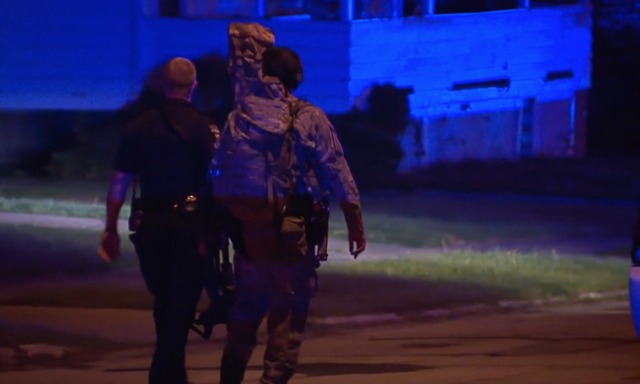 SWAT on scene after the deadly shooting and a 4-hour standoff.

The 17-year-old, identified as Manuel Lopez Jr. by the medical examiner, was pronounced dead at Marymount Hospital and Giselle Lopez, 19, was taken to MetroHealth Hospital, where she underwent surgery, but later died from her injuries.

The suspect, a 29-year-old man employed by the Department of Homeland Security, barricaded himself inside the home after law enforcement, including SWAT, arrived on the scene, the police report states. Officers were informed that the suspect said he would shoot any officer that attempted to enter the home, and that he had an AK-47 inside.

After four hours of negotiating, he surrendered peacefully, exiting the home in a bulletproof vest, the report states. He was taken to jail by Garfield Heights police.

Police said the two victims are the children of the suspect's girlfriend and that all four people lived in the home together. The suspect's girlfriend told police that an argument began with the suspect over her texting an ex-boyfriend. He then got physical with her, she said, and the two were fighting in a back room when Manuel Lopez, Jr. entered the room and began defending his mother.

Giselle Lopez returned home from work during the fight and was involved in the argument, according to the police report. The suspect then threatened to kill everyone in the home, and the mother and her children exited.

While they were standing in the driveway, the suspect exited the home and began firing his pistol at them, striking Manuel Lopez, Jr. and Giselle Lopez, the report states.

The mother was taken to the hospital for minor injuries.

The suspect was arrested and charged with aggravated murder, among other charges.

Police have not released the name of the suspect at this time.

Scripps station WEWS in Cleveland reached out to the Department of Homeland Security and was told the request was forwarded to the Immigration and Customs Enforcement division.