Democrats call on next president to forgive federal student debt 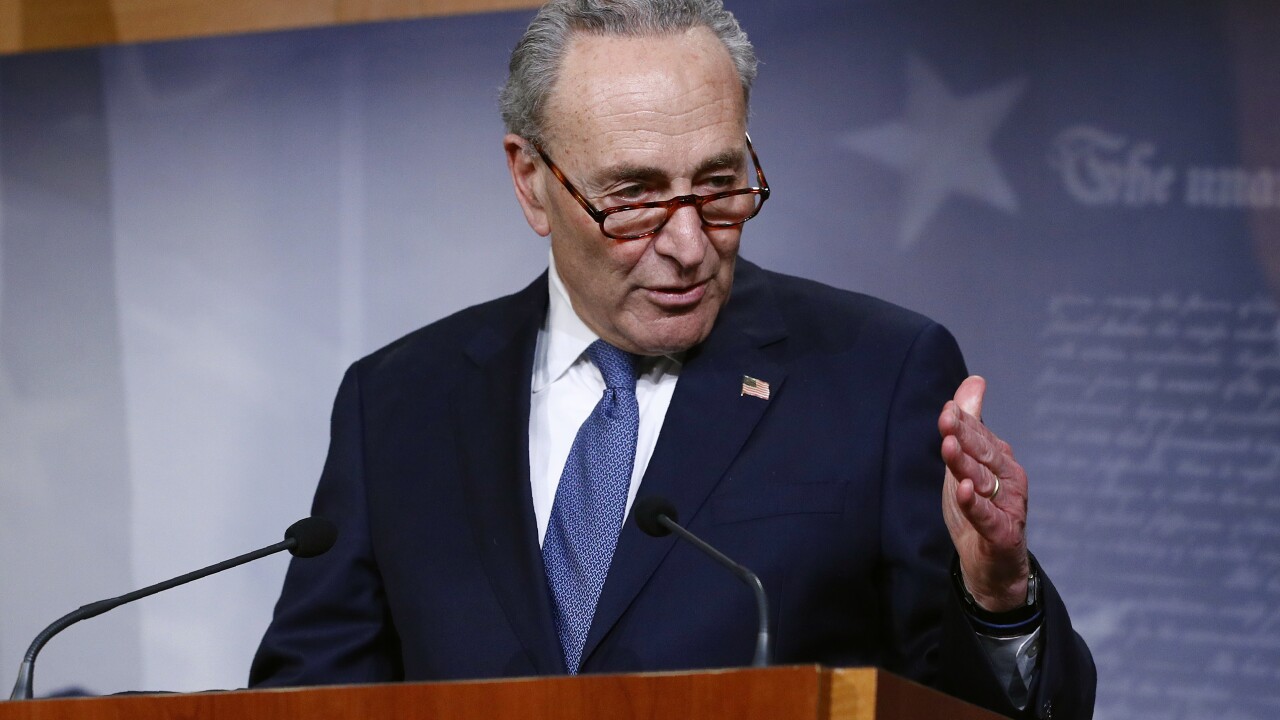 As many former college students are getting a reprieve from paying federal student loans, some Democratic leaders are calling on the next president to suspend payments permanently.

On Thursday, Senate Minority Leader Chuck Schumer called on forgiving federal student loans for those owing less than $50,000. Schumer is proposing a resolution to outline how the president should forgive student debt.

The resolution would not be applicable to private student loans.

In a statement, Schumer said, “For far too long the sunny, American optimism of our young people has been clouded by crippling student debt. Education is supposed to be a ladder up, but studies have shown that student loans hold people back and prevent young college graduates from owning homes or starting small businesses. This holds our entire economy back, which we cannot afford after the financial devastation of COVID. That is why I will prioritize student debt forgiveness in 2021."

A 2017 federal government study found that 20% of students who took out college loans during the 2003-04 academic year had paid off their debt within 12 years. Those taking out loans that year were more likely to have defaulted on a loan at least once.

Dr. Judith Scott-Clayton, an economics researchers at Columbia University, went before the US Senate on Thuesday. Facing questions from Democratic Sen. Elizabeth Warren, Scott-Clayton said that the impact of student loan debt is particularly crippling to minorities.

“It's really shockingly bad,” Scott-Clayton told the U.S. Senate Committee on Health, Education, Labor, and Pensions. “Even prior to the pandemic, nearly half of Black student loan borrowers would experience a student loan default within 12 years of college entry. That's-- compared to about a third of Hispanic borrowers and one in five white student borrowers. It's so bad that a Black college graduate with a bachelor's degree is more likely to experience a default than a white college dropout. And unfortunately, these stats might get worst due to the pandemic.”

Last month, President Donald Trump extended a moratorium on federal student loan payments. Borrowers are not obligated to repay federal student loans through the rest of the year. The executive order was signed due to the economic fallout stemming from the COVID-19 pandemic.

While many college grads are straddled with debt, having a college degree has a significant impact on earnings. According to the Bureau of Labor Statistics, the mean weekly earnings for a college graduate is $1,416, compared to $789 per week for a high school graduate with no college education.