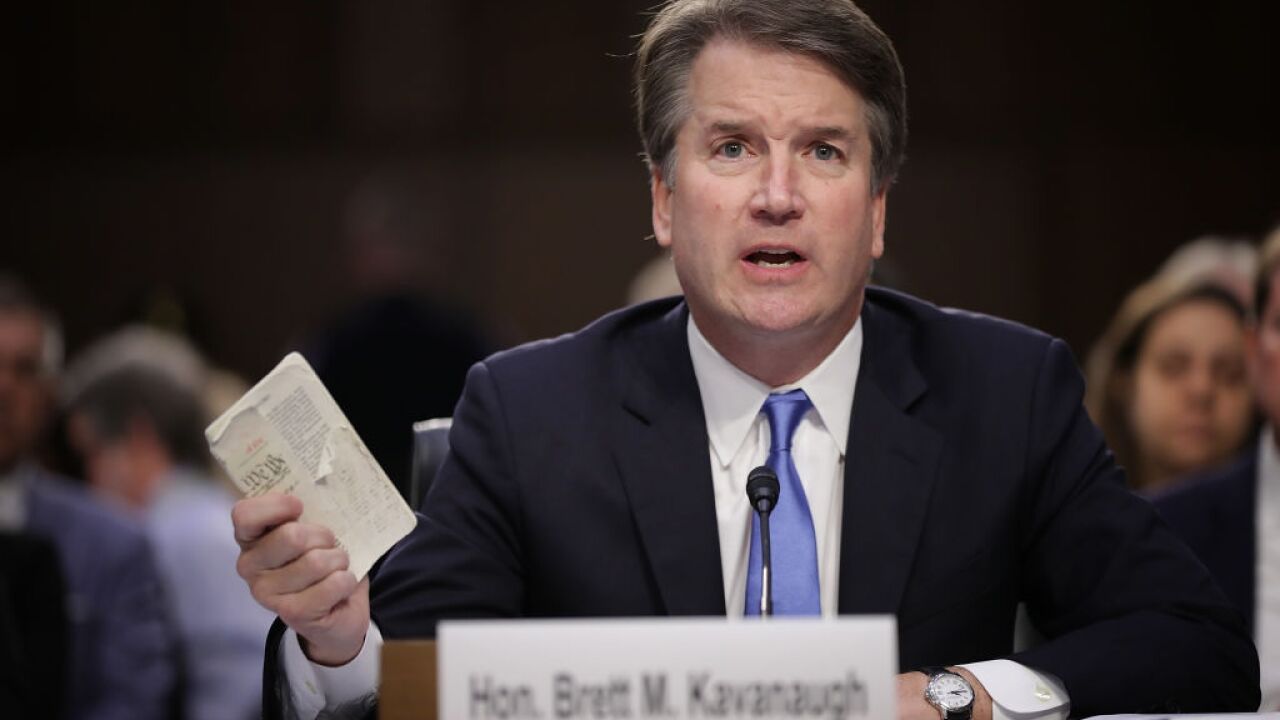 Several Democratic US presidential hopefuls on Sunday lined up to call for the impeachment of Supreme Court Justice Brett Kavanaugh in the face of a new, uninvestigated, allegation of sexual impropriety when he was in college.

Kavanaugh was confirmed last October after emotional hearings in the Senate over a sexual assault allegation from his high school years.

The New York Times now reports that Kavanaugh faced a separate allegation from his time at Yale University and that the FBI did not investigate the claim. The latest claim mirrors one offered during his confirmation process by Deborah Ramirez, a Yale classmate who claimed Kavanaugh exposed himself to her during a drunken party.

When he testified before the Senate Judiciary Committee last year, Kavanaugh denied all allegations of impropriety.

Senator Kamala Harris, said after the new report that "Brett Kavanaugh lied to the U.S. Senate and most importantly to the American people."

She tweeted: "He must be impeached."

A 2020 rival, Massachusetts Senator Elizabeth Warren, tweeted that "Confirmation is not exoneration, and these newest revelations are disturbing. Like the man who appointed him, Kavanaugh should be impeached."

Former Texas Rep. Beto O'Rourke asserted in a tweeted, "We know he lied under oath. He should be impeached." He accused the GOP-run Senate of forcing the FBI "to rush its investigation to save his nomination."

Their comments followed similar ones from Julian Castro, a former U.S. housing secretary, on Saturday night.

"It's more clear than ever that Brett Kavanaugh lied under oath," he tweeted.

"He should be impeached and Congress should review the failure of the Department of Justice to properly investigate the matter," he added.

Senator Bernie Sanders of Vermont didn't refer to impeachment by name in a tweet Sunday, but said he would "support any appropriate constitutional mechanism" to hold Kavanaugh "accountable."

Democrats control the House, which holds the power of impeachment.

If the House took that route, a trial would take place in the Senate, where Republicans now have a majority, making it unlikely that Kavanaugh would be removed from office.

Trump, who fiercely defended Kavanaugh during his contentious confirmation process, dismissed the latest allegation as "lies."

In a tweet Sunday, Trump said Kavanaugh "should start suing people for libel, or the Justice Department should come to his rescue."

It wasn't immediately clear how the Justice Department could come to the justice's defence.

Trump added that they were "False Accusations without recrimination," and claimed his accusers were seeking to influence Kavanaugh's opinions on the bench.

Copyright 2019 The Associated Press. All rights reserved. This material may not be published, broadcast, rewritten or redistributed.