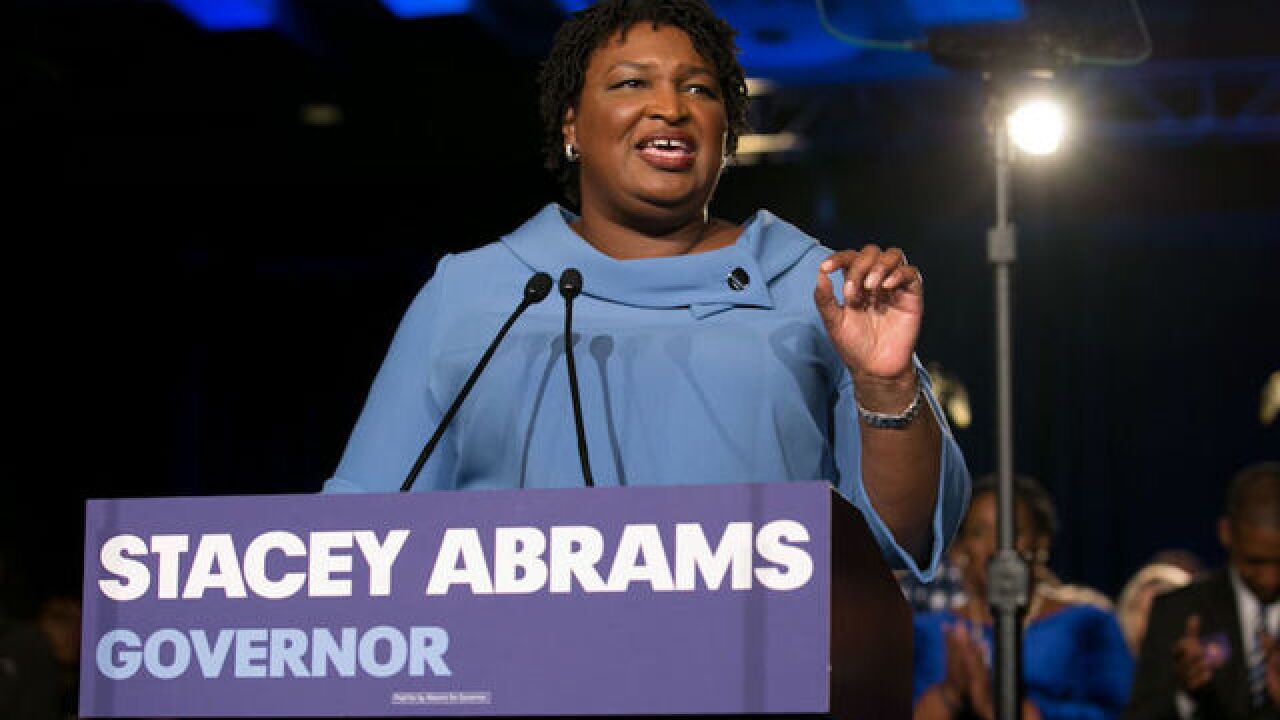 The Georgia Democratic Party and gubernatorial candidate Stacey Abrams' campaign filed a lawsuit in federal court Sunday asking for rejected absentee ballots and provisional ballots to be counted in the Georgia governor's race.

The lawsuit challenges the rejection of more than 1,000 absentee ballots for missing information or mismatching information, like birth dates or addresses.

The lawsuit also seeks relief for voters whose provisional ballots were rejected in Gwinnett and Dekalb counties, which are in the Atlanta metro area, because they are registered in a different county.

CNN has not projected a winner in the race.

Republican candidate Brian Kemp currently leads Abrams with 50.3% of the vote. If Kemp's share dips below 50%, the race automatically goes into a run-off on December 4, even if Kemp is the top vote-getter. For now, Kemp's lead stands at nearly 59,000 votes.

"This race is not over. It's still too close to call. And we cannot have confidence in the secretary of state's numbers," Abrams' campaign manager, Lauren Groh-Wargo, said in a conference call with reporters Sunday.

Groh-Wargo said that 5,000 votes were counted Saturday, most of them absentee or vote-by-mail ballots, and Abrams added nearly all of those votes to her total.

"In short, our legal strategy is simple: Count every vote," Groh-Wargo said later on the call.

Kemp's campaign has argued that there are not enough outstanding ballots to force a runoff.

Georgia Democrats and Abrams' campaign are also asking for an extension of the certification deadline until Wednesday night to allow the counties to have adequate time to count every vote. The certification is currently planned for Tuesday.