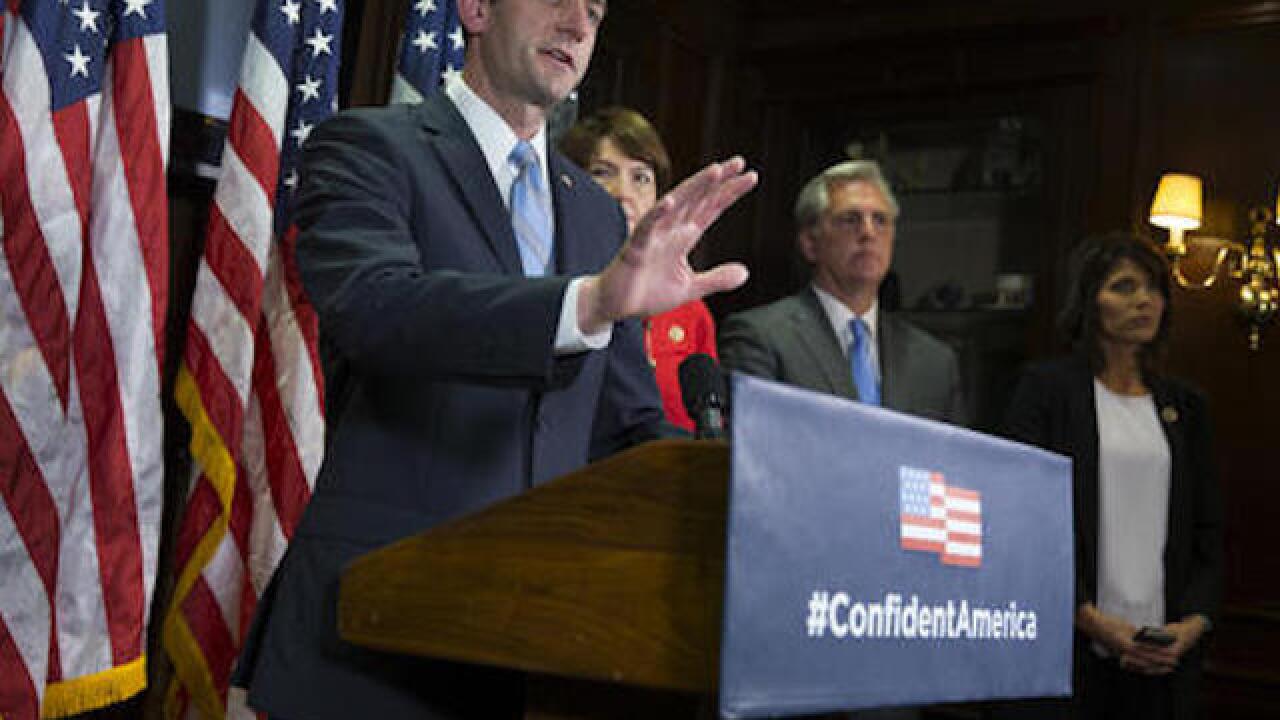 WASHINGTON (AP) — The rules governing this summer's Republican presidential nominating convention will be made by that gathering's delegates, not a small group of GOP leaders, the chairman of the Republican National Committee told House GOP lawmakers on Tuesday.

While not new, Reince Priebus' remarks reflect an effort by GOP leaders to blunt criticism from presidential front-runner Donald Trump and some grassroots Republicans. They have accused the party establishment of using the rules to try derailing Trump's candidacy and wanting to open the door to a fresh candidate emerging from this July's convention in Cleveland, Ohio.

"He is making sure that the rules are the rules, that we follow the rules," said House Speaker Paul Ryan, who like Priebus is from Wisconsin. "These are the kinds of questions we're getting from our own constituents. And so what Reince wanted to do is simply walk members through the process as we're going into it."

Trump has complained that GOP rules are rigged against him at a time when his chief rival, Texas Sen. Ted Cruz, has aggressively recruited delegates from several states who would vote for Cruz if Trump falls short on the convention's first ballot of the 1,237 needed to capture the nomination.

Priebus has said the rules governing the party's nominating battle have existed for a long time and has denied that they have given Trump an unfair disadvantage.

"He said all decisions will be made by delegates at the convention, not by some smaller group of leaders in Washington or somewhere else," said Rep. Richard Hudson, R-N.C., who attended Tuesday's meeting at the party's national headquarters near the Capitol.

Some of the 168 members of the Republican National Committee want to change the convention rules to make it harder for party leaders to allow new presidential candidates to be nominated.

The RNC can recommend rules changes, but none take effect unless they're approved by the 2,472 convention delegates. Party leaders gather later this week in Florida to discuss whether to propose revamping any rules.