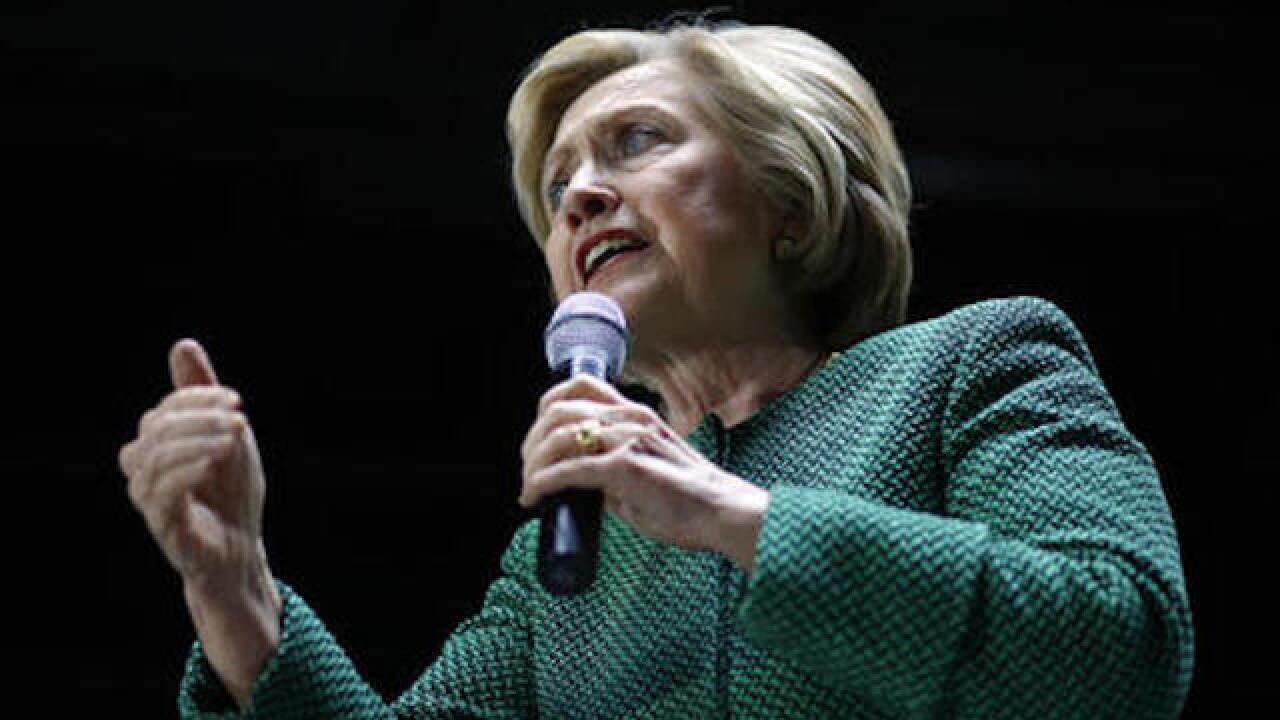 WASHINGTON (AP) — Hillary Clinton is stepping up her criticism of Donald Trump, arguing in a new campaign ad that she's the candidate "tough enough to stop Trump."

The spot takes aim at Trump's recent assertion that women should be punished for getting abortions, a position he quickly reversed. It also highlights Trump's harsh rhetoric about some Mexicans coming to the United States and his call for blocking Muslims from the U.S. because of terror threats.

Clinton's campaign says the ad will start running this week in New York City ahead of the April 19 New York primary. Trump is favored in the state's Republican contest.

The campaign says the ad, a 30-second spot titled "Stronger Together," is aimed at highlighting for New Yorkers the stakes in the presidential election.