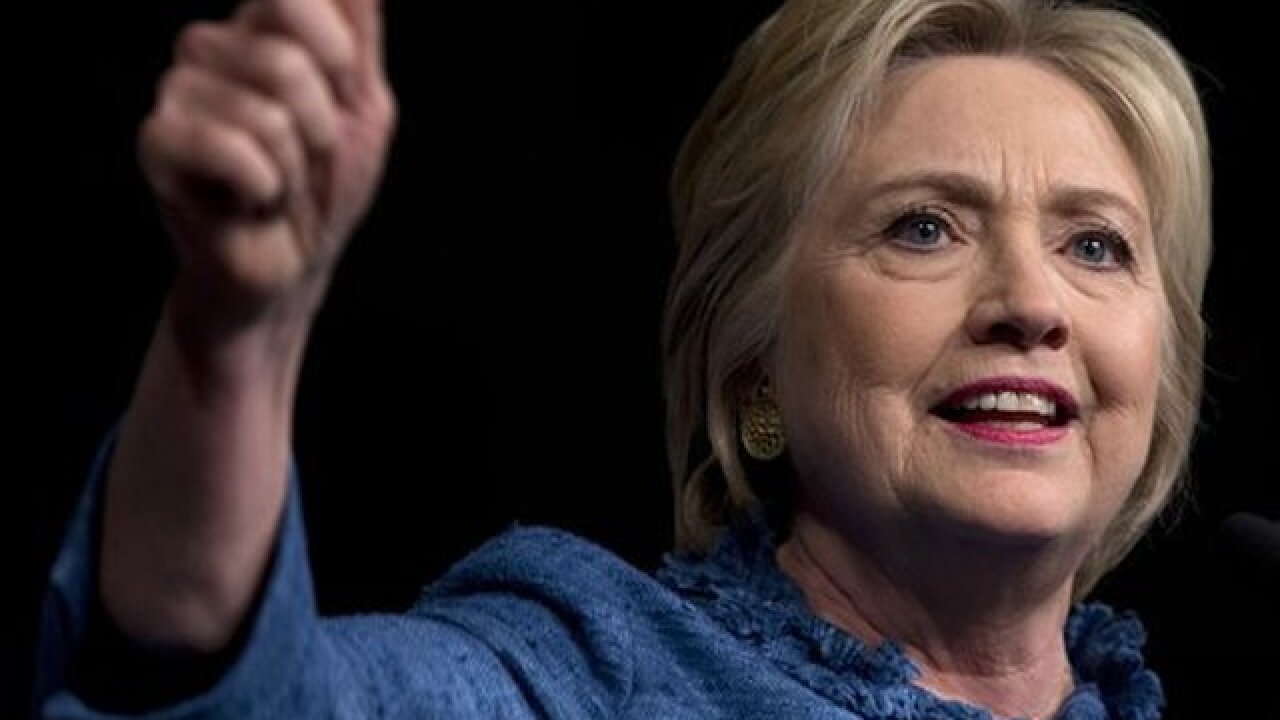 WASHINGTON (AP) — Hillary Clinton is taking aim at Donald Trump's hardline immigration policies and the violence at some of his rallies in a new television ad that her campaign says will run in New York.

Clinton says in the ad that while some people say America's problems can be solved by "building walls" and "banning people based on their religion," New Yorkers know better. The spot also shows a clip of a man being punched at a recent Trump rally and briefly flashes a sign from one of the billionaire's new hotels.

New York holds its Democratic and Republican primaries on April 19.

While Clinton is still facing a challenge from Democratic rival Bernie Sanders, it's notable that she's focusing in the ad on Trump, the Republican frontrunner and native New Yorker.