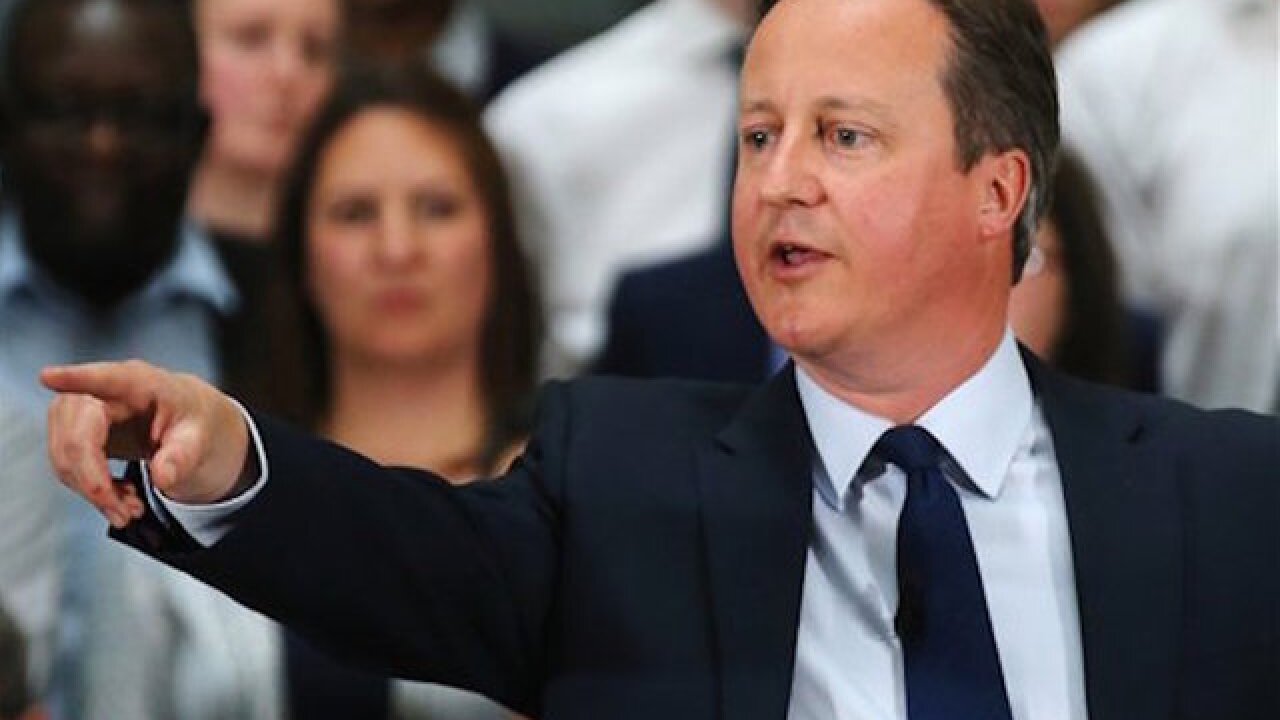 Christopher Furlong
<p>Britain's Prime Minister David Cameron holds a Q&A with employees at PricewaterhouseCoopers in Birmingham, central England Tuesday April 5, 2016 ahead of the EU referendum, British Prime Minister David Cameron was under pressure Tuesday April 5, 2016 to crack down on offshore tax havens, after a leak of millions of documents disclosed details of the asset-hiding arrangements of wealthy people including his late father. (Christopher Furlong/PA via AP) UNITED KINGDOM OUT NO SALES NO ARCHIVE</p>

LONDON (AP) — After days of headlines about his family's financial affairs, British Prime Minister David Cameron acknowledged Thursday that he profited from shares in an offshore firm set up by his father.

Cameron told ITV news that he and his wife, Samantha, sold shares worth 31,500 pounds (currently $44,300) in an offshore fund named Blairmore Holdings in January 2010 — five months before Cameron became prime minister. They had paid 12,497 pounds for the shares in 1997. Cameron said the money was subject to British tax "in the normal ways."

He said he sold his shares because he did not want anyone to accuse him of having "vested interests."

The prime minister's father, Ian Cameron, who died in 2010, was a client of Panamanian law firm Mossack Fonseca. Millions of documents detailing the firm's work shielding wealthy individuals' money from tax have been leaked to the international media.

Ian Cameron, an affluent stockbroker, put money into Blairmore Holdings, which did not pay British tax.

There is no suggestion the arrangement was illegal, but the revelation has brought calls for David Cameron to come clean about his financial affairs. It has also given the prime minister's opponents a chance to depict him as a scion of wealth, out of touch with the financial worries of ordinary people.

Cameron has been fending off questions about his finances for days. Earlier this week, the British leader's office said the family's financial affairs were a private matter. Later Downing St. said the prime minister and his family "do not benefit from any offshore funds" — without specifying whether they had done so in the past.

On Thursday, Cameron said his father's name was being "dragged through the mud," and insisted Ian Cameron's offshore fund had not been set up to avoid tax.

"I want to be as clear as I can about the past, about the present, about the future, because frankly, I don't have anything to hide," he said.

Cameron has championed greater financial transparency in Britain and abroad, and is due to host an international anti-corruption summit in London next month.

But opposition politicians accuse him of failing to implement promises to reform British overseas territories that act as tax havens, including the British Virgin Islands and the Cayman Islands.