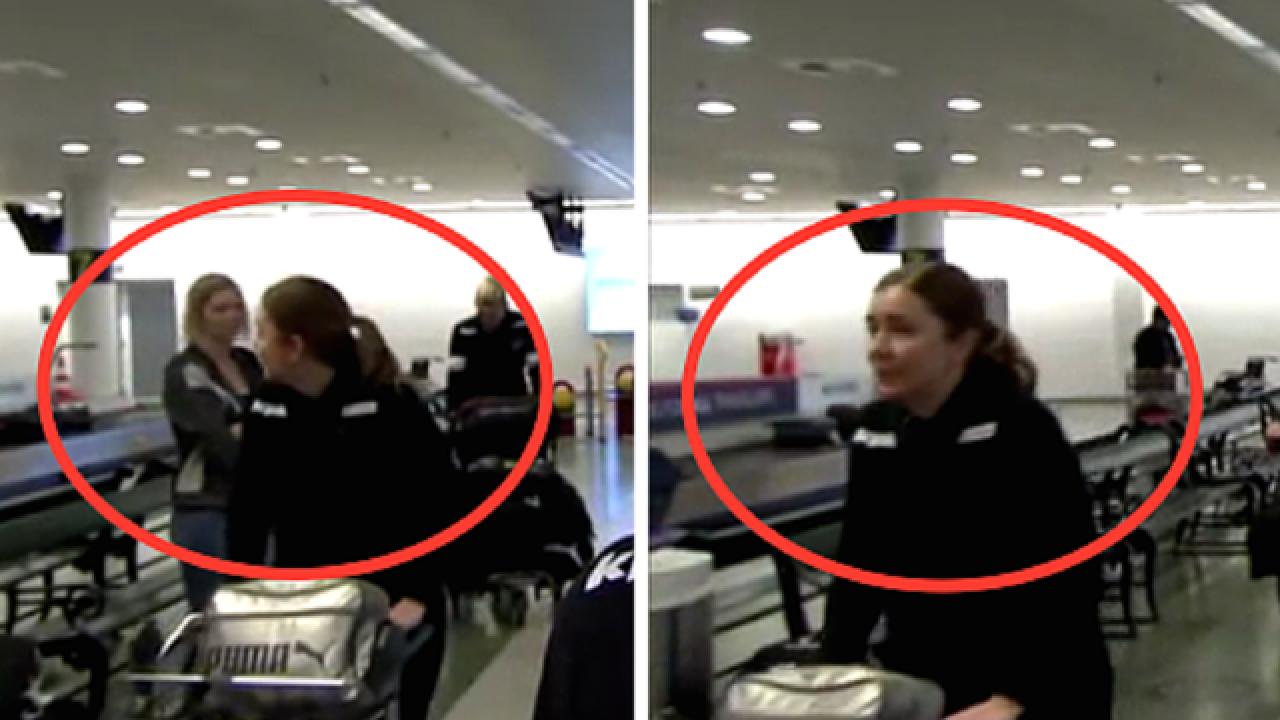 Aliens? Apparition? Or just a trick of the eye?

That’s what thousands of people in Denmark were thinking last week when watching TV2’s Sports Center. During a live interview with the coach of Denmark’s national women’s handball team, a woman in the background seemed to disappear into thin air.

The GIF makes the interview look like a scene out of Harry Potter, the blonde woman who “disappears,” she actually just decides to walk in the same direction and at the same speed as the lady ahead of her pushing the trolley.

Still not convinced? The “ghost’s” reflection is visible on the polished floors, her blue jeans are visible between the other woman’s arm, and her blonde hair pokes out for a split second in the last few frames.

If that’s not enough, the handball coach appeared on a Denmark late-night talk show and confirmed that the “magician” is Trine Jensen — one of his players. The show, “Natholdet” (“The Night Shift”) confirmed to the Huffington Post that Jensen is the woman in the video, and that she is, in fact, not a ghost.