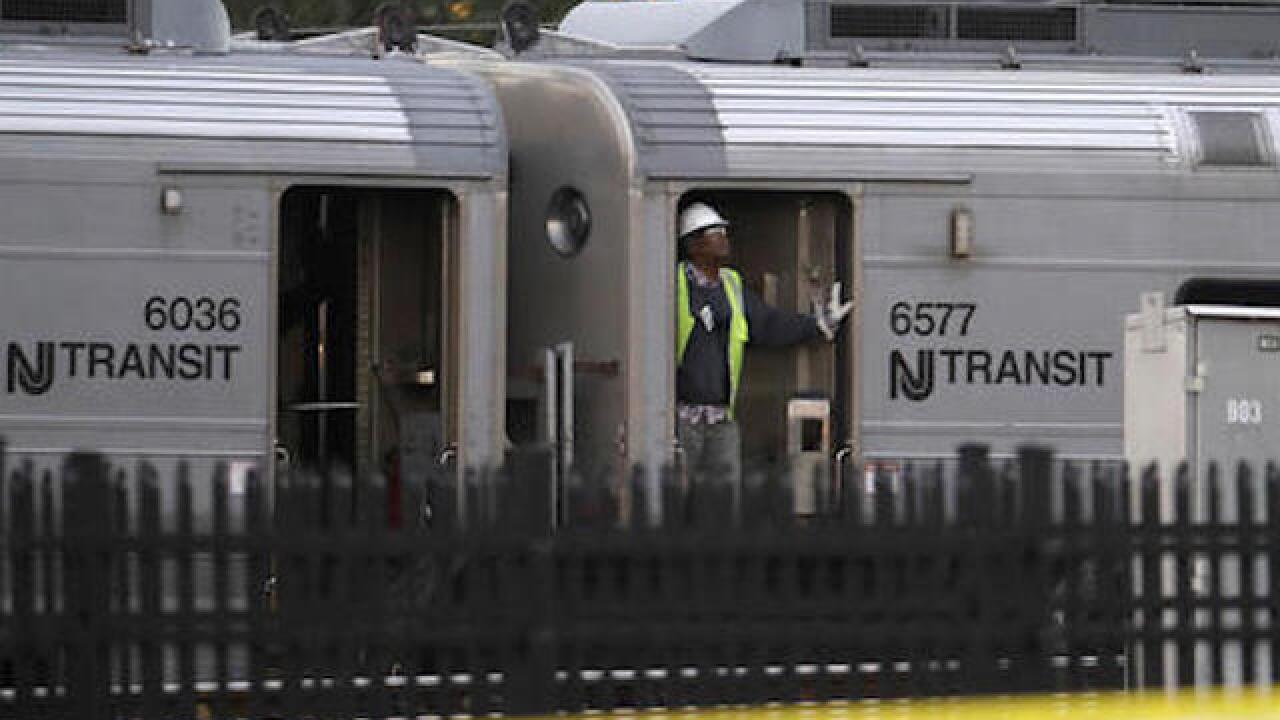 Copyright Associated Press
Julio Cortez
<p>A New Jersey Transit employee rides on a train as it is moved out of the Hoboken Terminal a week after the train crashed into the station, Thursday, Oct. 6, 2016, in Hoboken, N.J. The commuter crashed into the rail station, killing one person and injuring more than 100 people. (AP Photo/Julio Cortez)</p>

NEWARK, N.J. (AP) — A damaged New Jersey Transit commuter train that crashed into Hoboken's terminal last week, killing a woman on the platform and injuring more than 100 people, has been removed from the station to undergo further examination.

Federal investigators released new information Thursday gleaned from a data recorder and video from a forward-facing camera in the front of the train, but a final report on what caused the crash could take a year or longer to complete.

According to the National Transportation Safety Board, the train sped up and was going twice the 10 mph speed limit just before it slammed into a bumping post at the end of the rail line, went airborne and hurtled into the station's waiting area on Sept. 29.

NJ Transit trains have an in-cab system designed to alert engineers with a loud alarm and stop locomotives when they go over 20 mph, according to an NJ Transit engineer who wasn't authorized to discuss the accident and spoke on the condition of anonymity.

An NTSB spokesman said he didn't know if the alert system went off. He said it's being looked at as part of the investigation.

Video from the train's forward-facing camera showed the front of the train smashing into and overriding the bumper at the end of the track, causing a large flash, investigators wrote.

Thursday's report contained no analysis of the data retrieved and no explanation for why the train increased speed. NTSB technical experts and the parties to the investigation are scheduled to meet in Washington, D.C., next Tuesday to continue reviewing the data and video from the train.

Also Thursday, New Jersey Transit implemented a new rule for pulling into two of its stations.

The conductor must join the engineer whenever a train pulls into Hoboken Terminal or its Atlantic City station, NJ Transit spokeswoman Jennifer Nelson said. That means a second set of eyes will be watching as a train enters the final phase of its trip at stations where there are platforms at the end of the rails. The New York Times first reported the policy.

The engineer was alone when the train crashed into the Hoboken station. He has told federal investigators he has no memory of the crash.

Some rail safety experts caution that having a second person in a cab isn't automatically safer, since crew members can sometimes distract each other. In 1996 outside Washington, D.C., a commuter train engineer was thought to have been distracted by a conversation with a crew member, causing a crash with an Amtrak train that killed 11 people.

Investigators recovered the data recorder, a video recorder and the engineer's cellphone from the front car of the NJ Transit train on Tuesday. The equipment was sent to an agency lab in Washington for analysis.