Crowd cheers as NJ officer is released from hospital 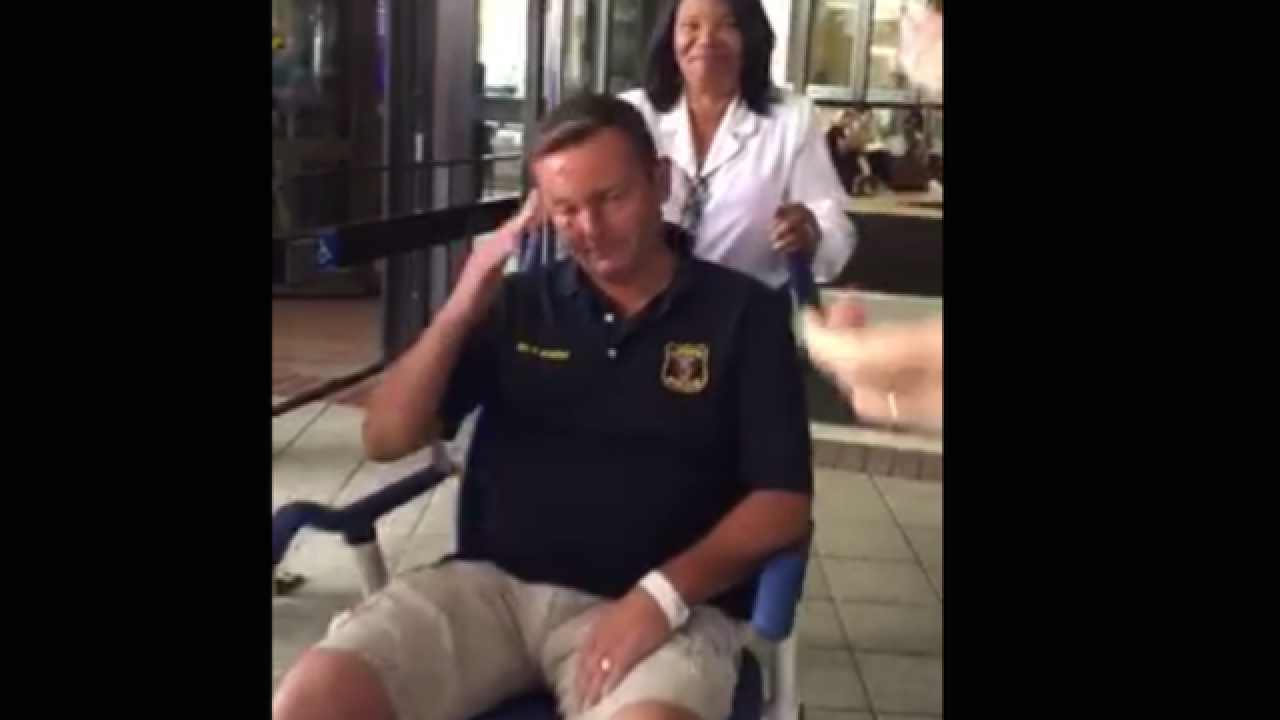 Hammer was grazed by a bullet on Monday as law enforcement attempted to arrest Rahami, who is being charged in connection to a pair of explosions Saturday.

A crowd gathered at University Hospital on Tuesday to cheer on Hammer as he was being escorted home. Hammer had a nurse pushing his wheelchair past the crowd as Hammer saluted the audience.

Linden Police Chief Jonathan Parham told NJ.com that his officers were well prepared for confronting a man many consider to be a terrorist.

"I have to just tip my hat off to the men and woman who go out and serve everyday and put their lives on the line," Parham told the paper. "I'm just extremely proud of these officers and proud of the way the department worked together. We caught a terrorist. That's no small feat."

Fellow Linden Police Officer Angel Padilla is said to be fine after being struck in his bulletproof vest.