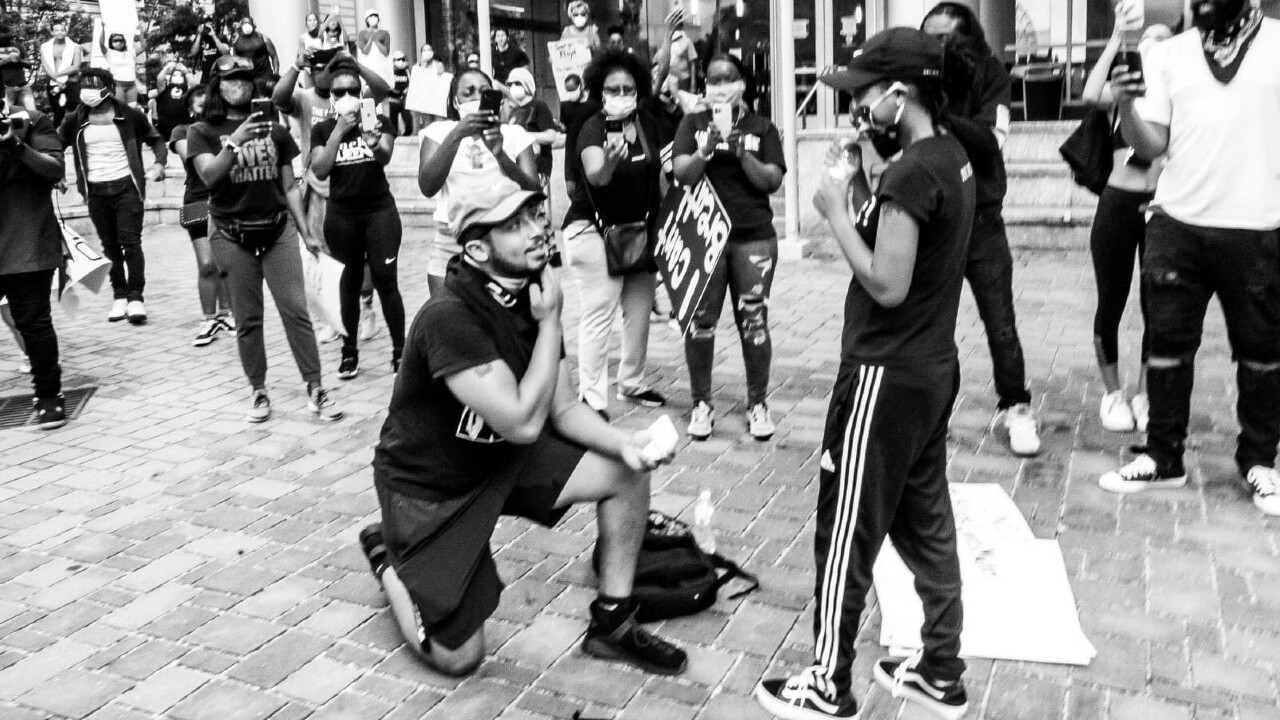 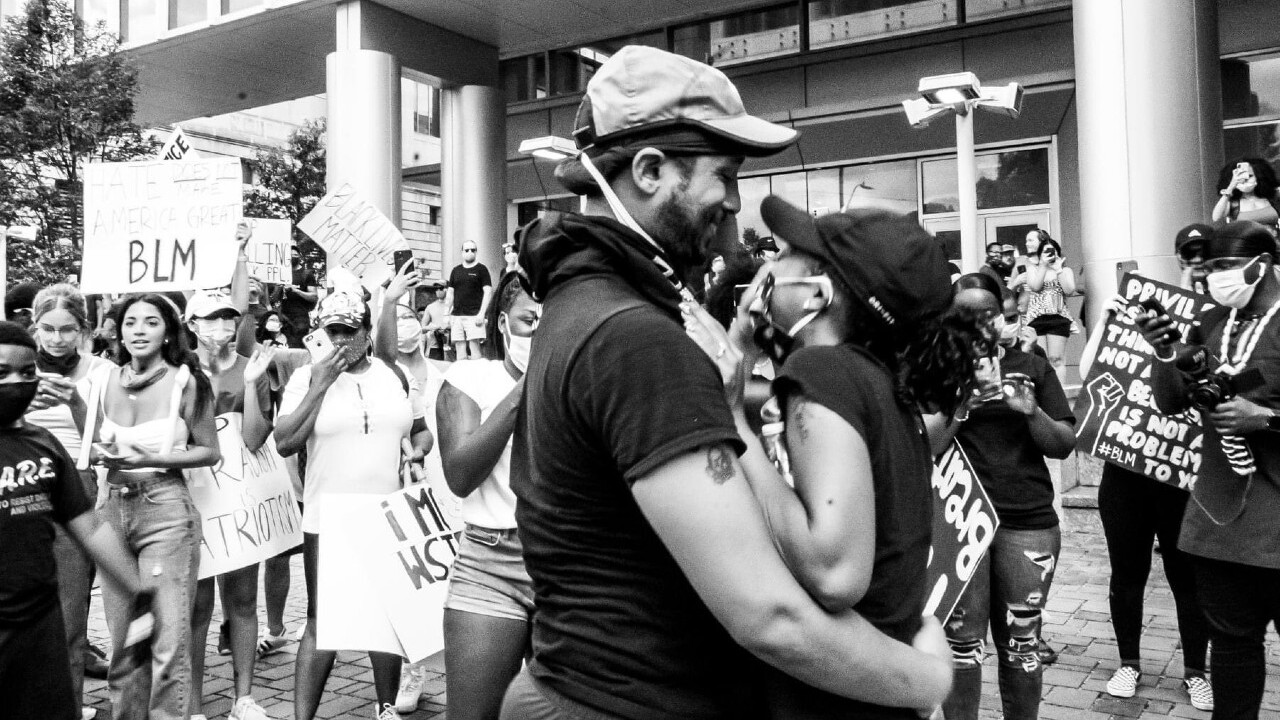 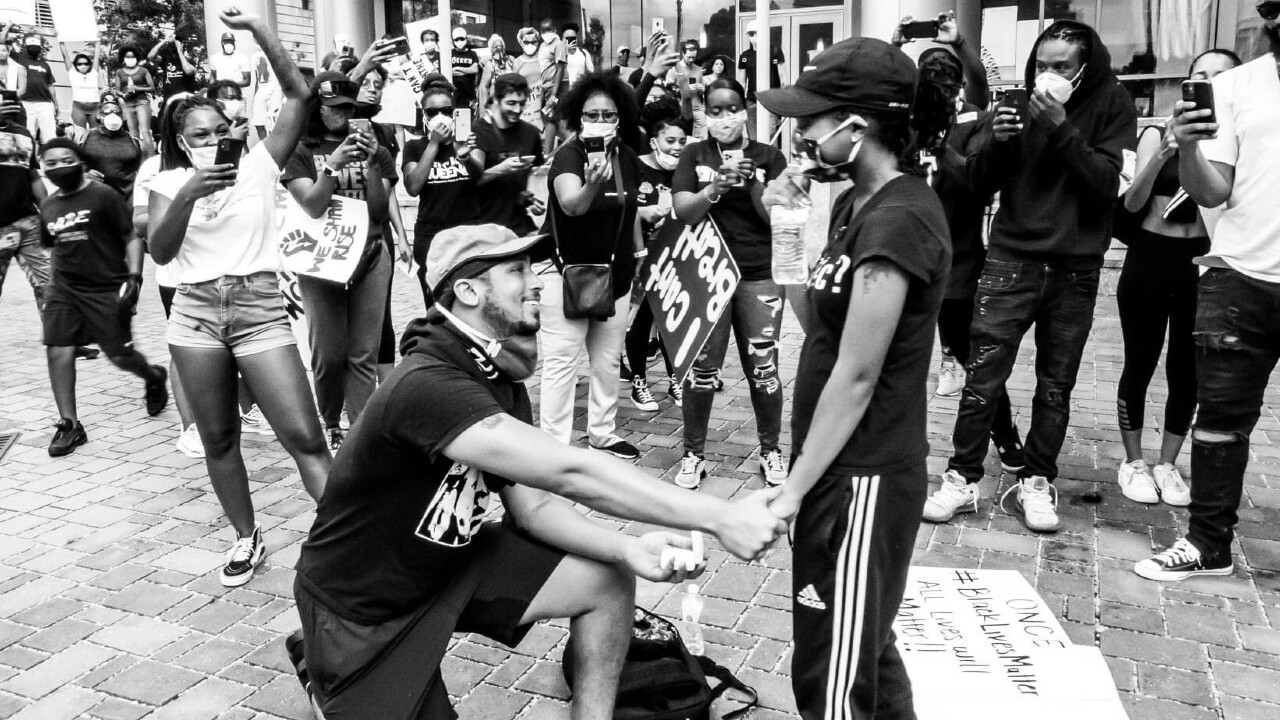 RALEIGH, N.C. – A couple got engaged in the middle of a protest over police brutality in North Carolina last weekend and the beautiful moment was caught on camera by a bystander.

Marjorie Alston told People Magazine that she convinced her then-boyfriend, Xavier Young, to call off work and protest with her in downtown Raleigh on Saturday.

But before the couple left, Young grabbed the ring he had bought for Alston, “just in case the moment presented itself,” he told People.

As Young watched Alston make her voice known at the protest over George Floyd’s death in police custody, he said he knew she was the right woman for him.

So, Young said he acted like he was going to get bottle of water out of his bag, but instead pulled out the ring and popped the question as fellow demonstrators cheered them on.

In the midst of the chaos, I witnessed a proposal in the middle of a protest. Love conquers all. #GeorgeFloydProtests #riots2020 #RaleighDemandsJustice #BlacklivesMaters #blacklove pic.twitter.com/uSajEfGT8u

Young told People that he never expected to propose in the middle of such a pivotal moment in American history, but he wouldn’t be surprised if photos of their engagement end up in history books.

The couple, who have been together for two years, say they’re also expecting their first child together in November. They plan to tie the knot in September of next year.

The Raleigh protest was just one of many demonstrations that have been held throughout the United States since the killing of Floyd. The 46-year-old died after a police officer knelt on his neck for nearly nine minutes as he said, “I can’t breathe.”