Therapists see rise in need for couples counseling during pandemic

Couples therapy on the rise during pandemic

LEXINGTON, Ky. (LEX 18) — The pandemic has put a strain on many aspects of life, including relationships. Therapists who specialize in relationship issues say they've seen more new clients over the last year.

“I've had more demand for couples counseling in the last two or three months than I've had in the last 20 years,” said Dr. Larry Springate, a licensed marriage and family therapist with the Center for Relationships in Nicholasville, Tennessee.

Springate says the most common issue that has come up with new clients is communication.

While some of these issues may be new, Springate says factors like being home together more often, financial hardships and anxiety over the changing times have heightened issues that may have existed before the pandemic.

He also says with travel restrictions, some couples aren't getting an outlet to relieve stress, which adds more pressure on a relationship.

His advice for couples at odds is to be flexible to a new routine, be patient, and actively listen to your partner. 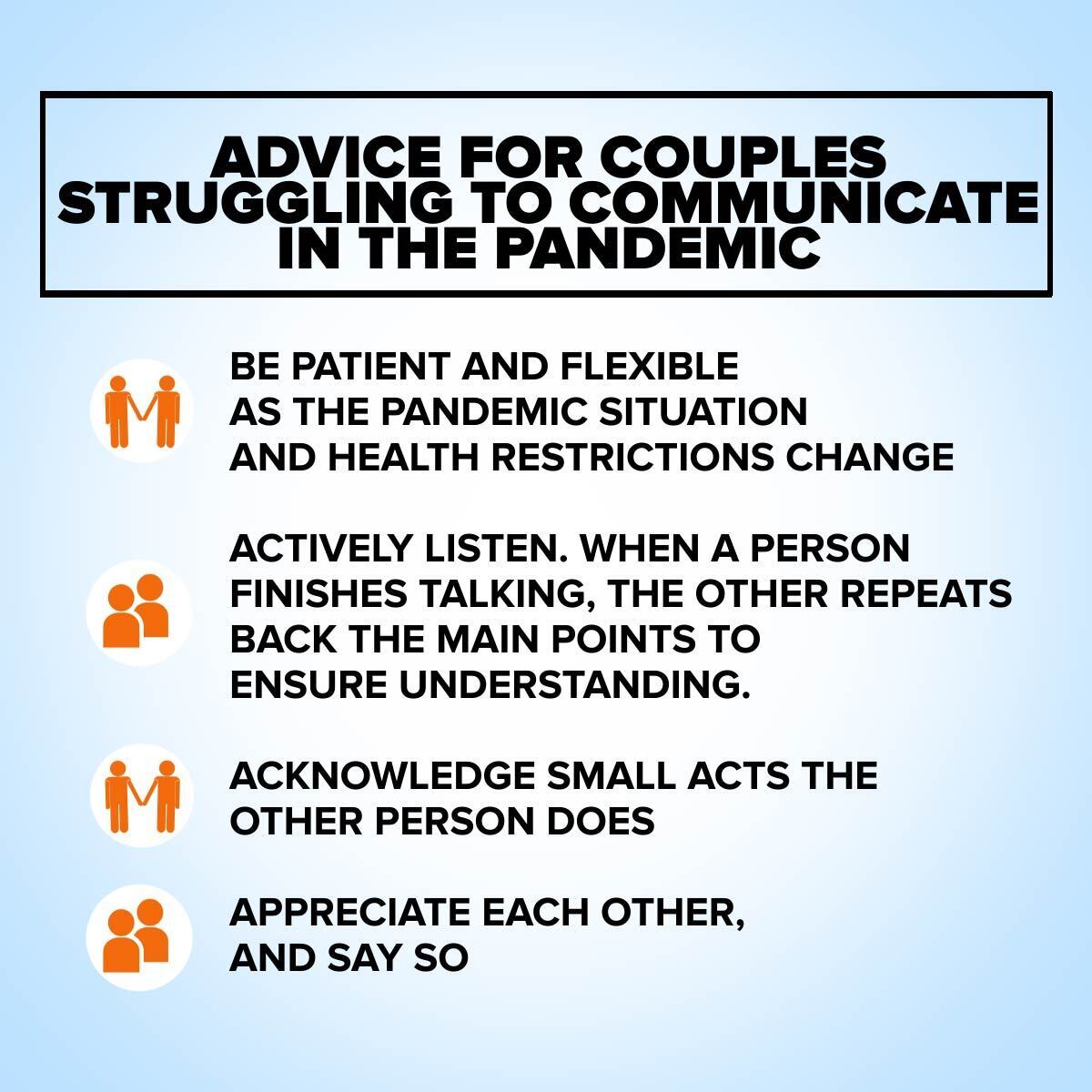 “Active listening is basically where one person talks at a time and before the other person responds, they check it out to see, 'Let me see if I'm understanding you right. You're concerned about this.' Just checking things out before we react,” said Springate.

He also encourages couples to appreciate each other and says acknowledging small acts can go a long way during a difficult time.

When it comes to seeking professional help, Springate says even if an issue seems minor, having a third party there to talk through it can make a big difference.

This story originally reported by Alex Valverde on LEX18.com.