COVID19 has forced campaigns in swing states to rethink strategies 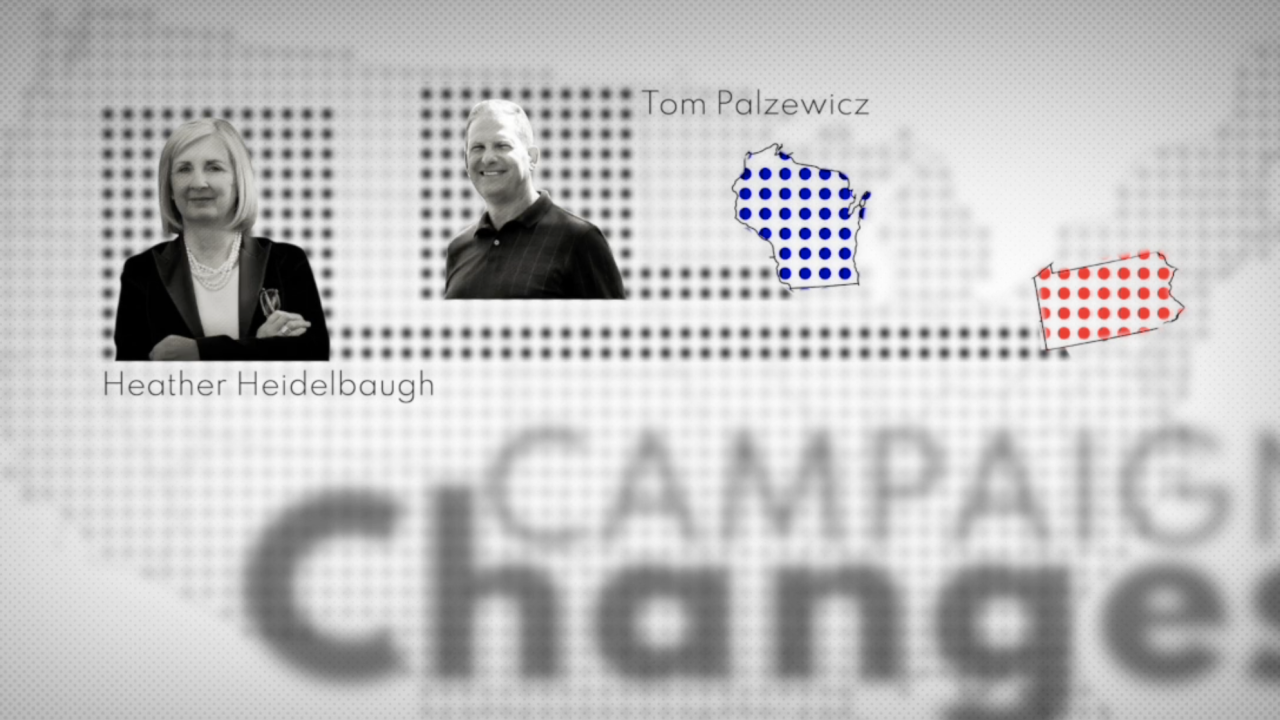 WASHINGTON -- Going into 2020, the election was suppose to be the major story of the year. Then, the novel coronvirus pandemic hit.

As the country gradually reopens, campaigning will slowly return, too. However, what that looks like is still unclear. Conventions, rallies and traditional door knocking may not take place.

To get answers, we spoke with candidates running for office in two swing states: Wisconsin and Pennsylvania.

"We had this grand vision of, 'here is the campaign we are going to have' and then, boom," Tom Palzewicz, a Democrat running for Congress in Wisconsin, said.

Palzewicz is doubtful that any major rallies or conventions will take place this summer and is leaning on the fact he had the opportunity to meet with many voters when he ran last cycle.

That being said, Palzewicz's campaign will place a heavy focus on social media to reach voters.

"Facebook is going to be our biggest platform," Palzewicz said.

Over in Pennsylvania, Heather Heidelbaugh, a Republican candidate for Attorney General, is a bit more optimistic that rallies will return. However, she is preparing for a vastly different campaign.

The Republican candidate said outside venues will be perfect for holding campaign events as it is open air and has plenty of space for social distancing.

On the technology side, Heidelbaugh said Zoom has been a great alternative and allows voters to get to know a candidate from their living room. Text messaging is also expected to be a popular tool to reach voters.

"I don't like those text messages that are intrusive. I hope to be a respectful candidate; you have to get your message out," Heidelbaugh said.

At the national level, for the moment former Vice President Joe Biden appears content reaching voters from a camera installed in his home, while President Donald Trump is using the power of his office to hold press events at the White House.

Of course, there are pros and cons to this era of COVID-19 campaigning.

Heidelbaugh's cat, Sugar, made some interruptions and Palzewicz said not every voter is online.

"The average age of the people that care about politics in our area tends to skew a little bit older, and they aren't technology savvy," Palzewicz said.

Television commercials are expected to take on an even more important role in 2020 as well.

In 2016, over $2 billion was spent on ads nationwide and with President Trump expected to spend more in this cycle that number is expected to increase.

Joe St. George is the National Political Editor and Washington Correspondent for E.W. Scripps Television. Joe's reports can be seen on Scripps' 60 television stations in 42 markets.