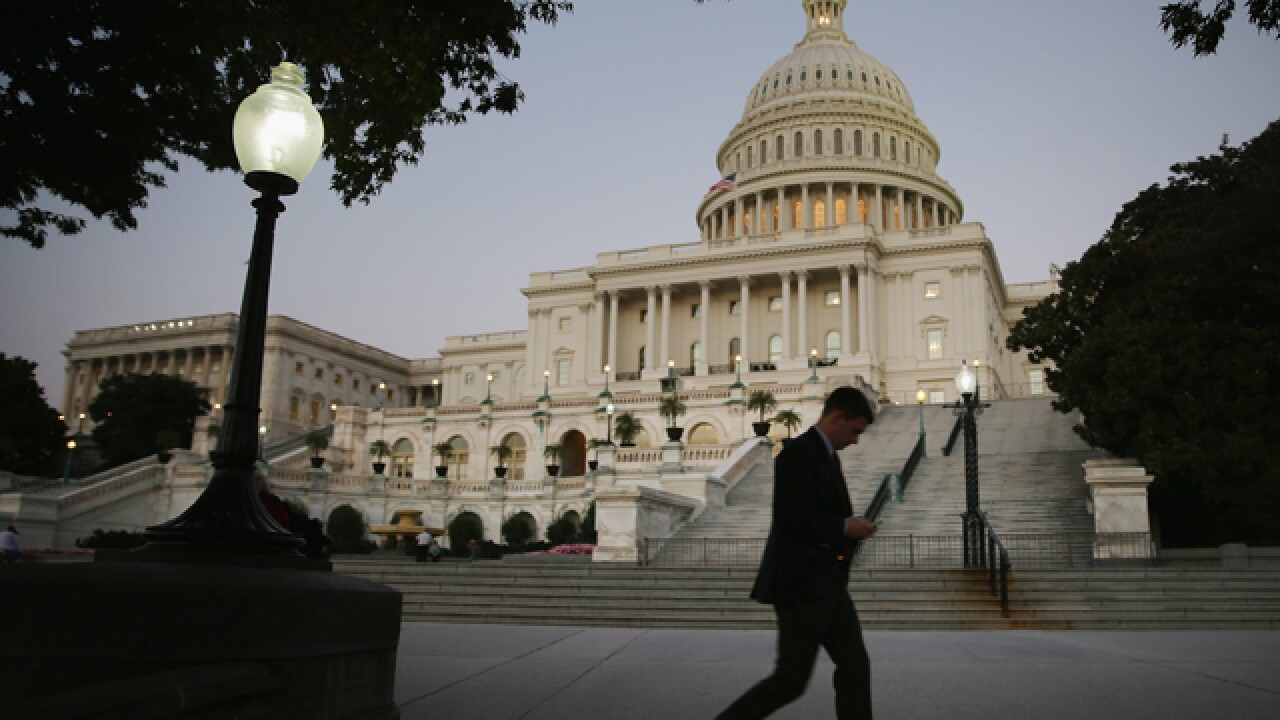 Image copyright 2013 Getty Images. All rights reserved. This material may not be published, broadcast, rewritten, or redistributed.
Getty Images

WASHINGTON (AP) — Congress has approved a bipartisan agreement to re-open the federal government after a three-day partial shutdown.

The House approved the bill, 266-150, hours after the Senate backed it, 81-18. President Donald Trump is expected to quickly sign the measure to fund government operations through Feb. 8.

The votes set the stage for hundreds of thousands of federal workers to return Tuesday, cutting short what could have become a messy and costly impasse.

Senate Democrats reluctantly voted in favor of the bill, relenting in return for Republican assurances that the Senate will soon take up the plight of young immigrant “dreamers” and other contentious issues. Democrats from states won by Trump in 2016 broke with progressives looking to satisfy liberals’ and immigrants’ demands.