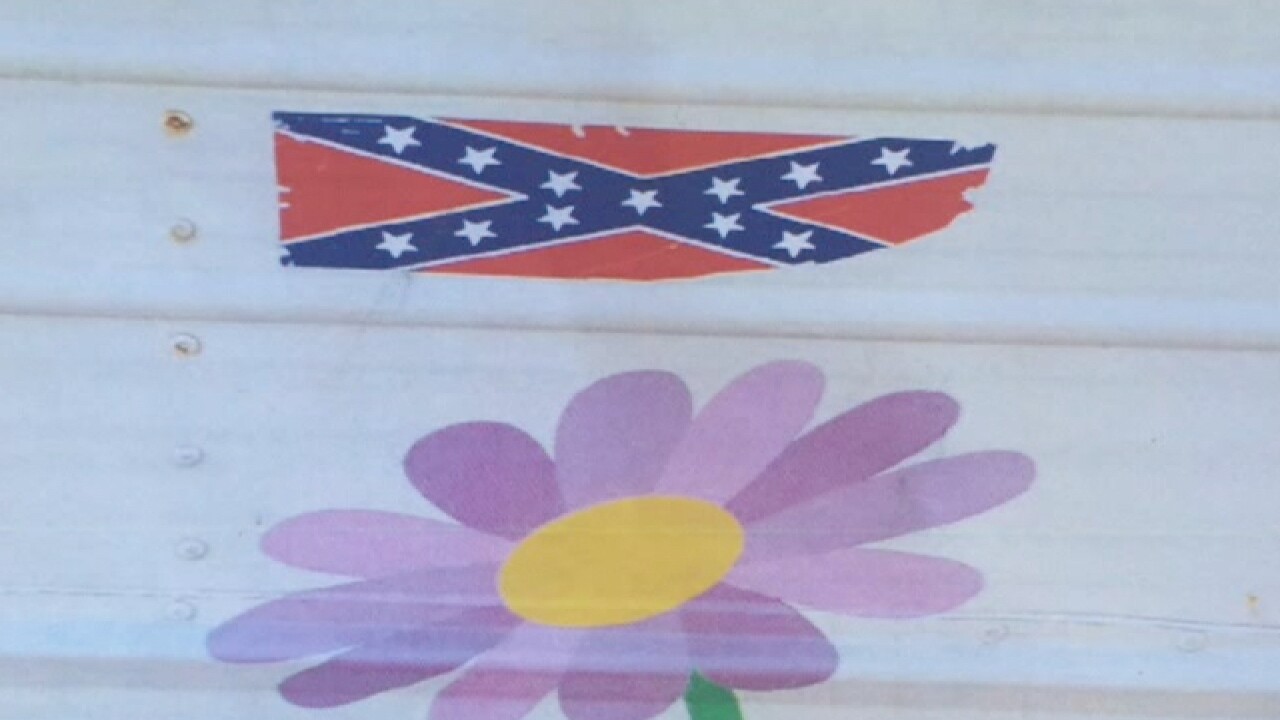 MOUNT HEALTHY, Ohio -- Was it an act of mischief, or someone trying to make a statement?

Either way, police are working to figure out who stuck a Confederate flag sticker on the side of a Cincinnat--area bus used by an African-American-owned daycare that serves predominantly African-American children.

Many consider the Confederate flag a symbol of bigotry because of its historic ties to slavery.

A Zakiyya's Childrens Learning Center employee found the sticker placed above a painting of a flower on a bus used to drive children around.

Daycare owner Laura Blackwell said she was concerned what the children might think of it.

"I just want my kids to be OK, 'cause we have to transport them every day and I don't want them to feel a certain way," Blackwell said.

The sticker has been removed, but it's a symbol community members said they would not tolerate.

"We don't need it," she said. "This is a friendly neighborhood, the community, we're friendly. We do not welcome that type of behavior at all."

"If this was an act of mischief, that's obviously one thing," he said. "Of this is someone trying to send some kind of a message or make some kind of a statement, it's very inappropriate."

Police are asking for the community's help to find whoever placed the sticker.

"Most of those kids have no idea what this is all about, but the owners and the folks that work there were very much offended by it," Demasi said.

Whoever is responsible could face charges of criminal mischief and ethnic intimidation.