Colin Kaepernick has the best-selling jersey in the NFL 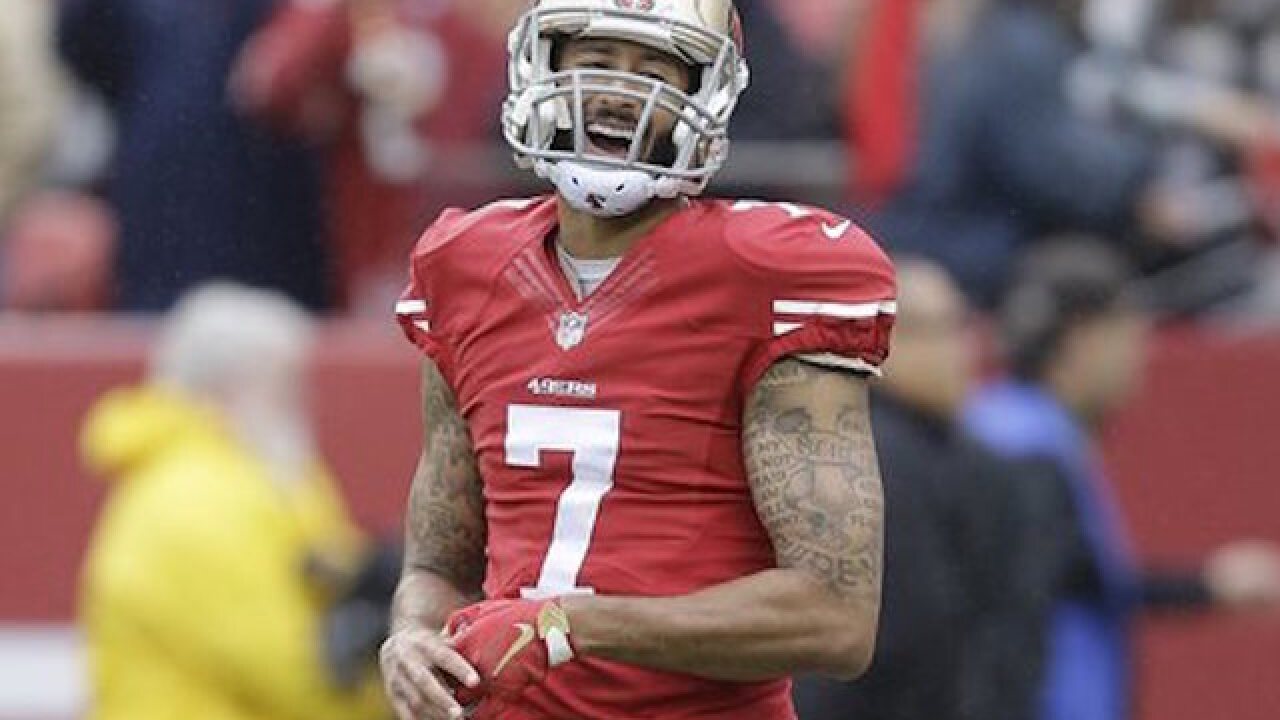 Colin Kaepernick might not be the 49ers starting quarterback, but he’s leading the league in one stat — jersey sales.

Since Kaepernick made headlines in late August by refusing to stand for the National Anthem,
his jersey ranks as one of the best sellers in the NFL.

As of 4:30 p.m. on Tuesday afternoon, Kaepernick’s jersey was listed as the top seller on the NFL Shop’s website, ahead of Philadelphia Eagles quarterback Carson Wentz and Cowboys running back Ezekiel Elliott.

Colin Kaepernick's jersey is currently listed as the top seller in the NFL Shop. pic.twitter.com/TqWj8EMxQ0

The road white version of Kaepernick’s jersey was also listed as the seventh-best selling jersey.

On Monday, ESPN’s Darren Rovell reported that the team sold more memorabilia bearing Kaepernick’s name in the past few weeks than they had in the past eight months combined.

Kaepernick said he won’t stand for the National Anthem until he sees significant change in the way minorities in America are treated. Kaepernick has received criticism from presidential candidates, ex-teammates and NFL executives, but has recently been joined in his protest by teammate Eric Reid, the Seahawks’ Jeremy Lane, and women’s soccer player Megan Rapinoe.

Kaepernick will begin the season as the 49ers backup, behind starter Blaine Gabbert.