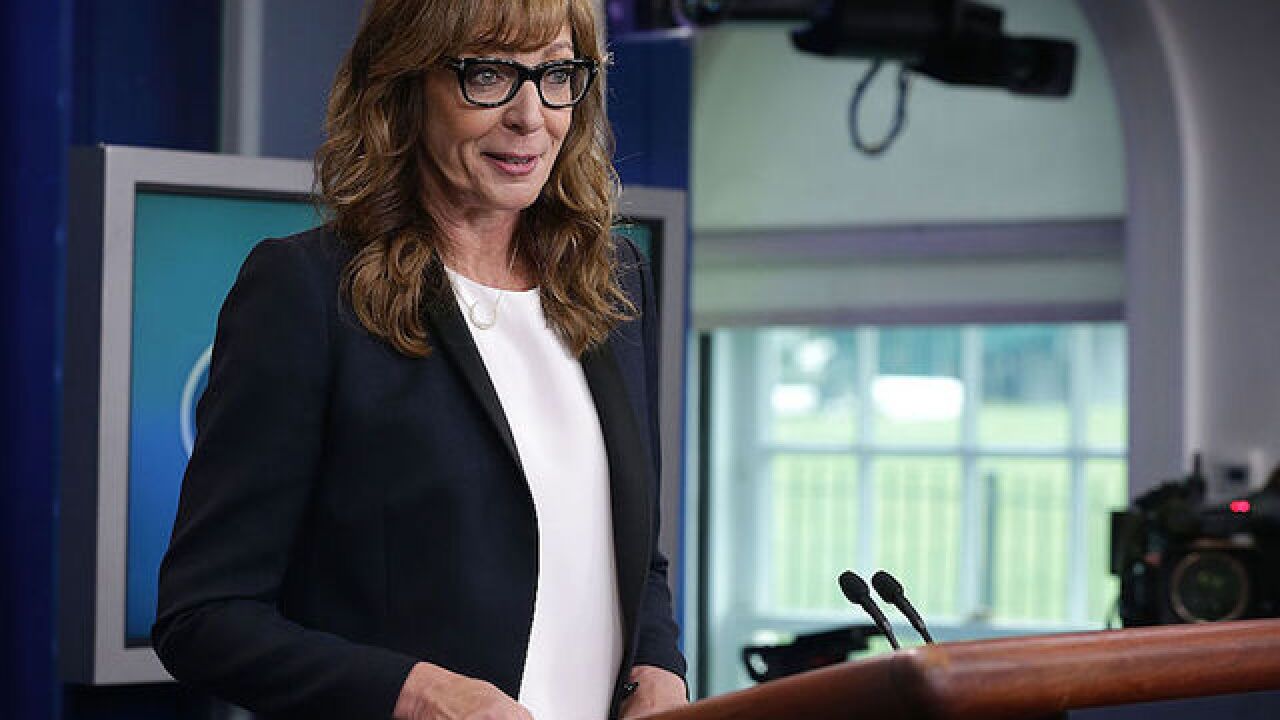 Copyright Getty Images
Alex Wong
<p>WASHINGTON, DC - APRIL 29: Actress Allison Janney speaks as she shows up to surprise members of the press crops at the James Brady Press Briefing Room of the White House April 29, 2016 in Washington, DC. Janney, who was known to viewers as White House press secretary C.J. Cregg in the drama series The West Wing, was in town to call for attention on the opioid epidemic. (Photo by Alex Wong/Getty Images)</p>

.@AllisonBJanney
AKA CJ Cregg
AKA Bonnie on @MomCBS
drops by the White House press briefing. https://t.co/TK4NJ7TEyM

Janney's visit began by going over the usual talking points from fictional President Josiah Bartlett, but finished with a serious note about the epidemic of opioid overdoses.

"This is a disease that can touch anybody, and all of us can help reduce drug abuse through evidenced-based treatment, prevention and recovery," Janney said. Janney was on hand as the White House honored 10 individuals for their work in preventing drug addiction. "Research shows it works."

In case you were wondering, Janney was asked who Bartlett would be supporting for the Democratic nomination in the presidential race. She responded, "I think you know the answer to that question."