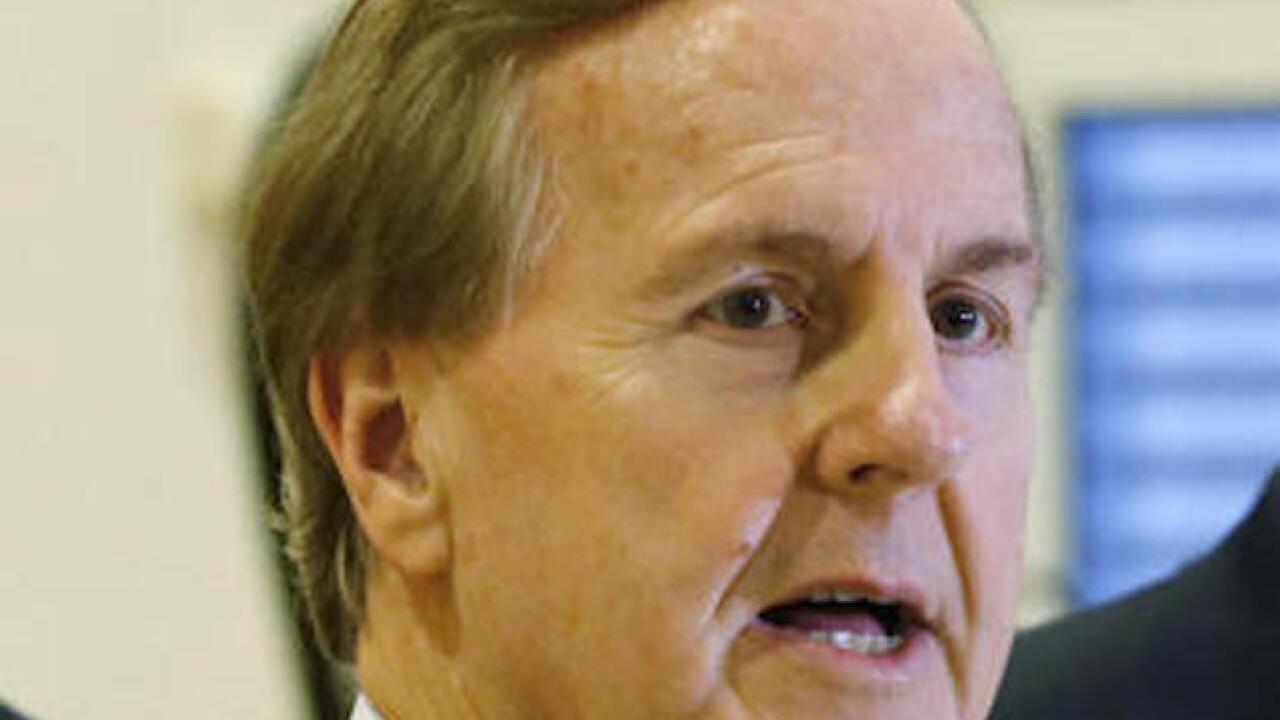 CHARLOTTE, N.C. (AP) — A Republican congressman who represents the Charlotte area said Thursday that people are protesting in the city because they "hate white people."

U.S. Rep. Robert Pittenger, whose district includes parts of Charlotte and its suburbs, was asked by an interviewer for Britain's "BBC Newsnight" what grievance the protesters have.

In the video posted online Thursday, Pittenger responded: "The grievance in their mind is — the animus, the anger — they hate white people because white people are successful and they're not."

He also complained that the government has spent too much on welfare programs that ultimately hold people back.

He later released a statement apologizing for what he said, and his comments were condemned by Democrats.

"What is taking place in my hometown right now breaks my heart. My anguish led me to respond to a reporter's question in a way that I regret," he said in his apology statement.

Protesters massed on the Charlotte's streets for a third night Thursday, though the demonstrations were peaceful. Two previous nights included chaotic protests that damaged property, injured people and led to one death.

The protests stemmed from the shooting of a black man by a police officer Tuesday.

The North Carolina Democratic Party released a statement saying Pittenger's remarks were inexcusable and accused him of "fanning the flames of hate with his racist rhetoric."

Pittenger, who was first elected to his seat in 2012, won a razor-thin Republican primary this year after a recount, and he faces a Democratic challenger in the November election. His largely affluent district was redrawn under court-ordered redistricting and now includes poorer areas along the South Carolina border.