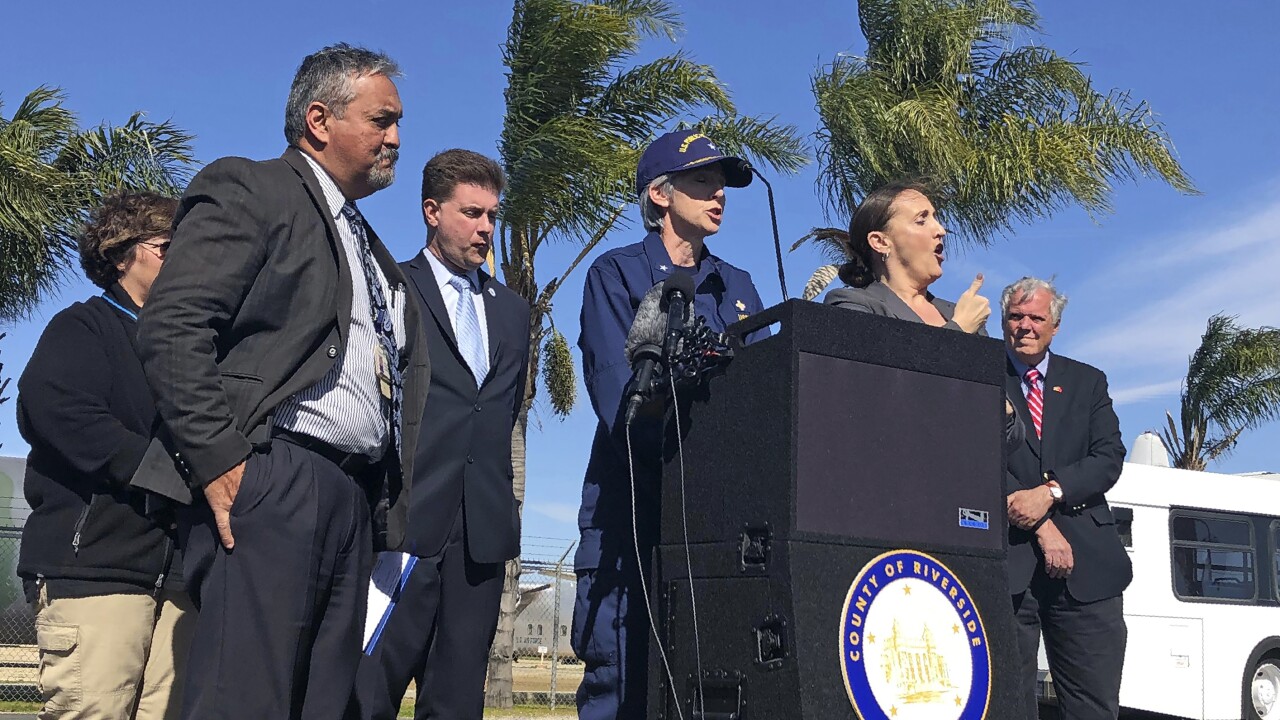 SAN DIEGO, Calif. – Officials say a labeling error caused a person infected with the novel coronavirus, officially named COVID-19, to be mistakenly released from a hospital, but the oversight was noticed as she was returning to a San Diego military base.

Officials with the Centers for Disease Control (CDC) said Tuesday the mix-up came to authorities’ attention while she was being driven back to Marine Corps Air Station Miramar, where more than 200 evacuees from China are living under federal quarantine.

Officials say she was isolated at the base for testing and sent back to a hospital after results came back.

The CDC said the error occurred after it issued a negative finding Sunday on a large batch of specimens taken from people quarantined at the base.

The woman had her sample taken at the hospital, where she was being observed for a cough. The hospital released her at CDC’s direction after being told that everyone quarantined had shown negative results, when, in fact, her sample was excluded from the rest of the batch.

Dr. Christopher Braden, who leads the CDC’s delegation in San Diego, said the mixup was the result of a labeling issue. The agency says it will now assign a laboratory specialist to prevent incorrect labeling.

The CDC says this woman is the 13th confirmed case of the virus in the United States and is the first among hundreds who have been evacuated from China to the U.S. They are under two-week quarantines at military bases in California, Texas and Nebraska.

Wednesday, the CDC did announce some good news. The agency said the first group of people who were evacuated from Wuhan to the March Air Reserve Base in Riverside were cleared to leave the base after being under quarantine for 14 days. None were infected with the virus.

People threw their face masks into the air and hugged, said Dr. Nancy Knight with the CDC.

“They pose no health risk to themselves, to their families, to their places of work, to schools or their communities,” said Knight. “There should be no concern about novel coronavirus from these 195 individuals. They have been watched more closely than anyone else in the United States.”

Since American airports began screening for the virus, the CDC says 30,000 passengers from China have been screened and they’re seeing increasingly fewer passengers.

China’s National Health Commission (NHC) found that the number of new coronavirus cases has been trending down over the past few days. Still, the CDC said Wednesday that it may be optimistic to think the virus cases are peaking.

There are also new questions about how long it can take for the virus to show up. An NHC study suggests the incubation period could be as long as 24 days, but the CDC says it still thinks 14 days is the best length of time to quarantine someone.