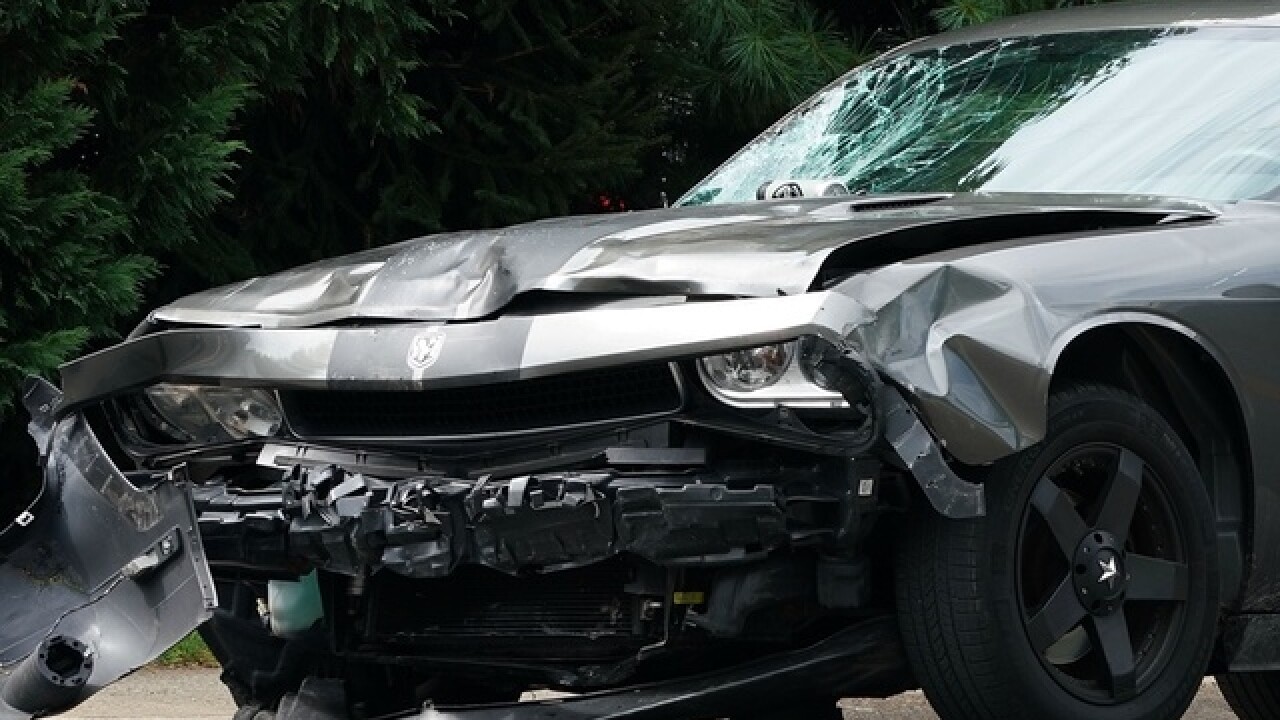 Image copyright 2017 Getty Images. All rights reserved. This material may not be published, broadcast, rewritten, or redistributed.
Win McNamee/Getty Images
<p>CHARLOTTESVILLE, VA - AUGUST 12: The car that allegedly plowed through a crowd of protestors marching through a downtown shopping district is seen after the vehicle was stopped by police several blocks away August 12, 2017 in Charlottesville, Virginia. The car allegedly plowed through a crowd, and at least one person has died from the incident, following the shutdown of the 'Unite the Right' rally by police after white nationalists, neo-Nazis and members of the 'alt-right' and counter-protesters clashed near Lee Park, where a statue of Confederate General Robert E. Lee is slated to be removed.</p>

The vehicle that plowed into a crowd of Charlottesville counter-protesters Saturday afternoon was purchased in Northern Kentucky and registered in Ohio, records show.

The car slammed into a crowd of people peacefully protesting a white nationalist rally in the Virginia college town, killing a 32-year-old woman and injuring at least two dozen more, authorities said.

The suspect in connection with the crash has been identified as 20-year-old James Alex Fields Jr., of Maumee, Ohio, according to Superintendent Martin Kumer with the Albermarle-Charlottesville County Regional Jail.

The vehicle was purchased in June 2015 from a car dealership in Florence, according to a Carfax report. The vehicle’s registration was renewed in Maumee, Ohio in 2016, the report said.

A helicopter crash that killed the pilot and a passenger later in the afternoon outside Charlottesville also was linked to the rally by State Police, though officials did not elaborate on how the crash was connected.

The chaos boiled over at what is believed to be the largest group of white nationalists to come together in a decade: the governor declared a state of emergency, police dressed in riot gear ordered people out and helicopters circled overhead.

The group had gathered to protest plans to remove a statue of the Confederate Gen. Robert E. Lee.