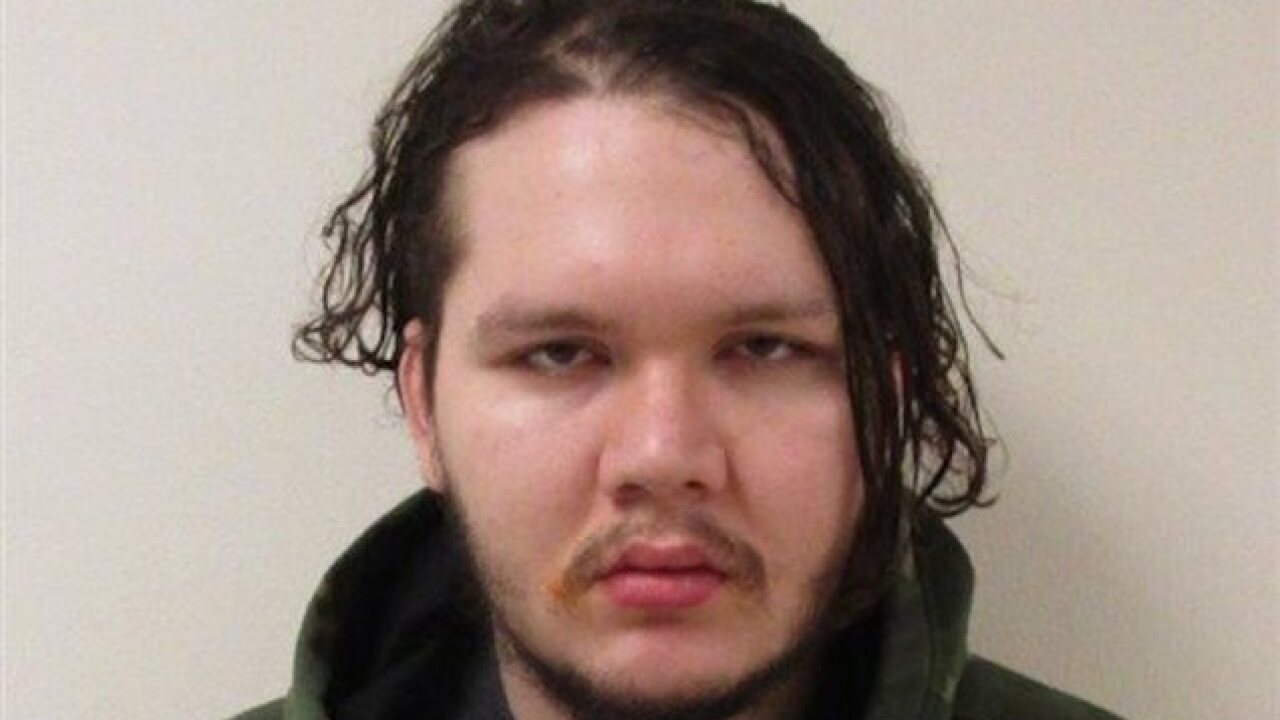 Copyright Associated Press
<p>FILE - This undated file photo provided by the Lakewood Police Department shows Anthony Garver. Garver, 28, who escaped from a Washington state psychiatric hospital on Wednesday, April 6, 2016, where he was held after being found too mentally ill to face charges that he tortured a woman to death was captured Friday. Garver was taken into custody by law enforcement in Spokane, Wash., State Patrol spokesman Todd Bartolac said. (Lakewood Police Department via AP, File)</p>

SPOKANE, Wash. (AP) — The Washington sheriff's office that captured a man who escaped from a psychiatric hospital gives much of the credit to a canine officer named Gunnar.

The dog found Anthony Garver hiding under debris in the woods Friday night and signaled officers.

"I was afraid this was going to go sideways. I'm glad it didn't," said Mark Gregory, spokesman for the Spokane sheriff's office.

The two human officers did their job, but Gunnar was the key to capturing Garver without any injuries, Gregory said Saturday. Garver, who is accused of torturing a woman to death, was found hiding in the woods near his family home around 8:15 p.m.

The Washington Corrections Department has taken custody of Garver, who is now being held at Airway Heights Correction Center in eastern Washington, according to Kathy Spears of the Washington Department of Social and Health Services.

Garver, 28, escaped from a psychiatric hospital across the state in Lakewood on Wednesday night. He crawled out a window of a locked, lower-security unit with another patient, Mark Alexander Adams, 58, who was caught the next day.

On Saturday, officials at the state health agency said security is being enhanced at Washington state psychiatric hospitals in the wake of the escape.

They are focused on boosting security in the Lakewood hospital's civil commitment area, where Garver and another patient recently were moved from the criminal section, according to a statement from the department. The men were moved because of a change in the state's Involuntary Treatment Act, the agency said.

Garver was under a civil commitment after he finished serving his incarceration period, said Jeremy Barclay, Corrections Department spokesman.

State officials say two other patients took "unescorted leaves" from the hospital during the manhunt. One was on an escorted outing on campus and has not been found.

Another had been approved for discharge and was awaiting community placement but did not return from a visit to a fast-food restaurant. Seattle police found him Saturday.

The escape from inside the hospital was rare, but unauthorized leaves are not uncommon, said Carla Reyes, assistant secretary for DSHS Behavioral Health Administration.

"However, two unauthorized leaves and two escapes in one week is unacceptable, and immediate steps are being taken to improve security at the facility and to retrain staff," she said in a statement. "The safety of the public, the patients and staff is paramount."

The hospital also has restricted patient movement on the grounds of Western State and outside the hospital for the weekend.

Gov. Jay Inslee expressed concern about the way the hospital is being operated Saturday, and said he expected swift action to make changes to prevent future incidents.

"This incident put the public at risk, the staff at risk and the patients at risk," Inslee said in a statement. "This raises serious questions once again about the management and operation of this troubled hospital."

Garver was charged in 2013 with tying a 20-year-old woman to her bed with electrical cords, stabbing her 24 times in the chest and slashing her throat, prosecutors said.

His parents live in Spokane, and he bought a bus ticket from Seattle to that city after he escaped. Garver had last been seen on Thursday in the Spokane area after his father called authorities to report his son had stopped by briefly.