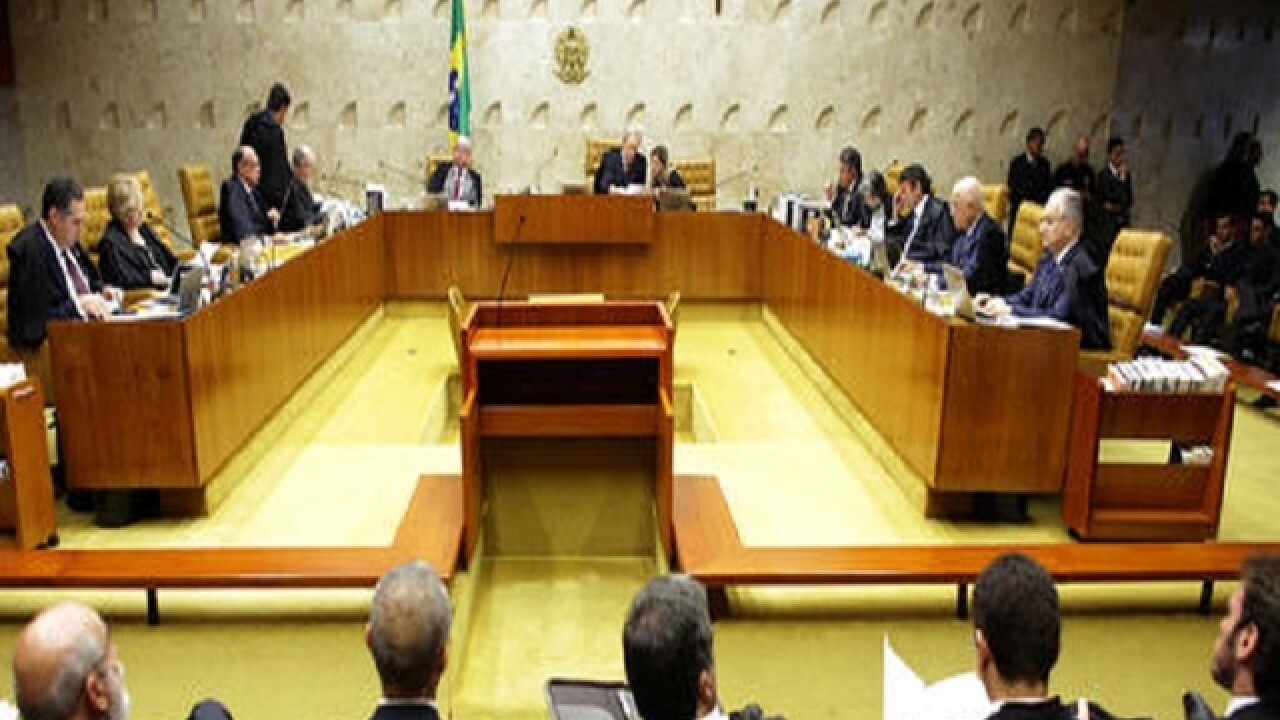 Eraldo Peres
<p>Brazil's Supreme Court holds session on the impeachment proceedings opened against Brazil's President Dilma Rousseff, in Brasilia, Brazil, Thursday, April 14, 2016. Brazil's top court said it would soon rule on President Dilma Rousseff's motion to annul the upcoming impeachment vote against her, a process that the top legal official in her government said had been "contaminated." (AP Photo/Eraldo Peres)</p>

By: Associated Press
Posted at 1:26 AM, Apr 15, 2016
RIO DE JANEIRO (AP) — In a blow to President Dilma Rousseff, Brazil's Supreme Court early Friday rejected a motion seeking to block an impeachment vote against her in Congress' lower house.
It was another defeat for the embattled leader, who has lost support of key allies this week and is now even closer to a first major defeat in the process.
The high court's extraordinary session ran about 7½ hours and ended with justices voting 8-2 against the president, turning aside her claim that the voting procedures planned by the Chamber of Deputies were "contaminated."
House Speaker Eduardo Cunha, a fierce enemy of Rousseff, initially organized the vote to begin with legislators from the industrial and rich south, where opposition to the president is strongest. After the justices began meeting, Cunha's lawyer presented a different plan that would alternate between the south and the north, where Rousseff has more support.
The Supreme Court's decision to deliver a ruling so soon had not been expected, but Chief Justice Ricardo Lewandowski said that "exceptional situations require exceptional measures."
The special session of the justices was the latest development amid weeks of legal wrangling over a process in Congress that has exposed deep divisions in Latin America's largest country.
The lower house's vote on whether to impeach Rousseff is based on allegations that she broke fiscal rules to mask budget problems by shifting around government accounts.
Solicitor General Jose Eduardo Cardozo's filing to the court argued Cunha had presented the impeachment push in such a way that went beyond the actual accusations against Rousseff.
Cardozo made the same claim about the report submitted to the special congressional committee that voted Monday to send the impeachment measure to the full Chamber of Deputies. He said discussion included the overall political crisis, the recession and a sprawling corruption probe at state-run oil company Petrobras.
The pro-impeachment camp needs two-thirds of the 513 votes in the lower house, or 342 votes, to send the proceedings to the Senate for a possible trial. If the Senate takes it up, Rousseff would be forced to step down until the measure was voted on.
Both government and opposition forces say they have enough votes to win on Sunday, but daily counts by Brazilian media suggest the opposition is much closer to victory.
Associated Press 2016