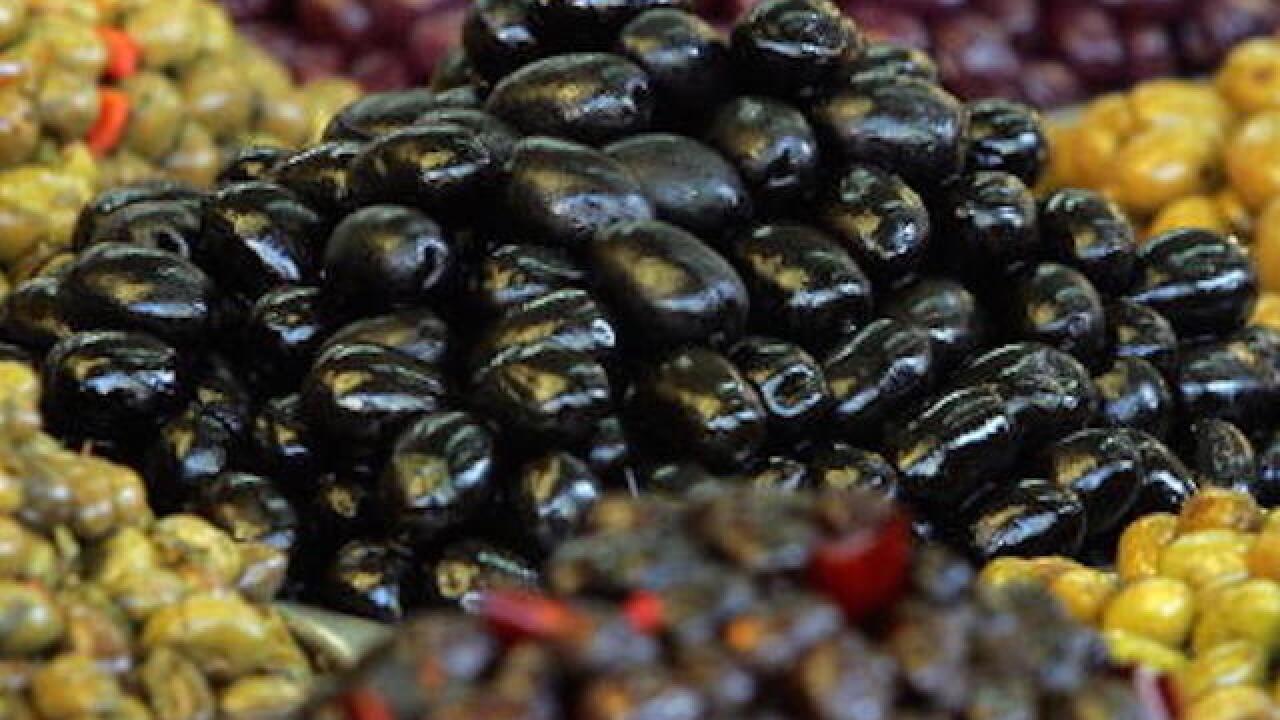 David Silverman
<p>NETANYA, ISRAEL - FEBRUARY 22: Various types of olives are displayed for sale at a delicatessen in the local produce market February 22, 2006 in Netanya in central Israel. Olives and olive oil, a source of monounsaturated fat, which is protective against heart disease, and also a source of antioxidants including vitamin E, are staple foods in Mediterranean countries. (Photo by David Silverman/Getty Images)</p>

News station KOAT-TV in Albuquerque reports that Paisano's in Albuquerque is selling "black olives matter" shirts and hats after making national headlines for putting the phrase on a sign outside the restaurant.

Owner Rick Camuglia says he emblazoned the phrase on the restaurant's main sign to sell a new recipe: a tuna dish with black olive tapenade.

Camuglia posted pictures of the dish and the sign on Facebook, drawing complaints he was being insensitive and trivializing a movement aimed at trying to stop police shootings of black residents.

Camuglia says he's not trying to stir racial tensions and was only trying to sell food.